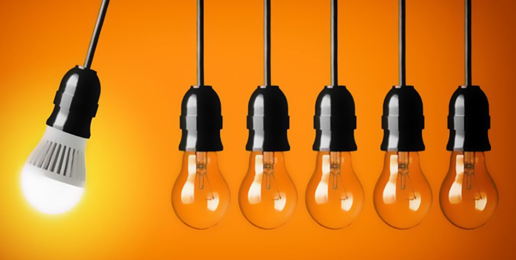 “Creative destruction” is a common phrase used in economics. One simple example that’s in the news a lot lately, is the phenomenon of Amazon.com. Since it launched in 1994, countless small books stores have been put out of business, and at least one large chain, Borders, has closed. That’s the destruction part. The creative part is the locating of new distribution centers all over the country — Illinois has been trying to land one as this article gets posted. The benefit to consumers is that within minutes, customers can find the book (or whatever) they want online and have it shipped in days.

When the American textile industry was decimated a few decades ago, the jobs were sent overseas due to free trade policies. Clothing prices dropped, but not without many Americans losing good paying jobs.

One common argument from the pro “free” traders is that trade, unrestricted by tariffs, raises the standard of living. For example, the middle, lower middle class, and the poor can afford things they wouldn’t otherwise be able to afford. I have no doubt that’s true. For example, the last time I was in a Walmart I was shocked at just how inexpensive those foreign-made massive flat screen TVs are these days.

Of course, it’s not just clothes and TVs that are less expensive with free trade, but computers, furniture, clothes, and food (though evidently not meat).

Maybe there is someone out there who supports fairer trade who wants Americans to be priced out of necessities of life basics. If there is, I haven’t met them.

But is it just me or is the storage unit business a growing industry? Maybe I didn’t notice many of the Public Storage, Self Storage, and U-Haul Storage facilities when I was younger. I have noticed many new ones being opened, however.

It’s reasonable to surmise that what fills up many of that storage space is furniture and other items that could be afforded because of “free” trade. It’s also not unfair, it seems to me, to wonder about the impact on the average standard of living by having so much affordable stuff that a person winds up paying monthly storage fees.

That said, my assumption over the years has been that “free” trade is to be preferred. Only in recent years have I begun to read articles from serious men and women who are not pro-big government or economic isolationists making the case for a fairer trade.

While “creative destruction” leads to innovation, my concern is that the creative part doesn’t keep up with the destruction part. Factories close, towns die, and a lot of men and women who earned a good living working in manufacturing cannot find work that will allow them to maintain a decent standard of living.

It has been widely noted that Hillary Clinton lost states like Ohio, Pennsylvania and Michigan in no smart part due to their concentration on identity politics and their ignoring the economic challenges of the working class.

Former Trump advisor Steve Bannon refers to a lot of what has been taking place concerning working class jobs as “economic hate crimes.” Bannon calls Washington, D.C. a “business model,” in that those on the inside always prosper. The think tank culture is also, no doubt, a “business model,” as big donors that benefit from “free” trade write big checks to defend current policies. There aren’t a lot of big donors in those dying towns across America.

Recently, townhall’s Kurt  Schlichter was tough on the “free” traders in an article:

Conservativism forgot about the real world conservatives we expected to line up behind us. While we were talking about free trade, we were ignoring that GOP voter who fought in Fallujah, came home, got a job building air conditioners, raised a family, and then one day watched the video of the oh-so-sorry CEO. . . sadly informing his beloved employees that their jobs were getting shipped to Oaxaca. And our response to the 58-year old Republican voter who asked us how he was going to keep paying for his mortgage and his kid in college? Pretty much, “Well, that’s how free enterprise works. Read some Milton Freidman and go learn coding.”

That’s not a response, not for a political party that requires people to actually vote for it. That’s an abdication…

Last year, Victor Davis Hanson also weighed in on the topic during an interview with Laura Ingraham: (see here starting at about the 8-minute mark).

I grew up in a small town where everybody had a good job at a manufacturing plant. Now it’s 16 percent unemployment and I’m supposed to say this is creative destruction.

And I read in [National Review], that I’m affiliated — that this is good. That people lose jobs. They have to move. You just abandon your family your house, everybody, your community, and you just get in the car and follow the job.

And then I think to myself, I get up every morning at the Hoover Institution — I don’t worry that somebody from the Punjab is gonna walk in my office and say I’ll write that column for 40 percent of what you’re doing.

I know people in Silicon Valley that are being outsourced right now by people coming in on Visas. The elite has never suffered the consequences of their own ideology.

It’s not just conservative commentators who are not experts in economics. Economist Stephen Moore, no Trumpian protectionist, recently wrote about how NAFTA needs to be improved, and cites unfair practices of our trading partners.

Another expert is John Westberg who we mentioned in part two. His solution is innovative and deserving of attention and study — you can read more about it here ADD LINK.

As I noted at the outset of this 4-part series, this is a huge topic worthy of an ongoing debate. The need for a healthy middle class is obvious — and impossible without enough good paying jobs. Just looking at the employment/unemployment numbers isn’t enough. We must look at the actual human impact on the ground — that is how we will measure how well trade is working for working Americans.

This isn’t a matter of feelings and emotions but of dollars and cents. American policy should be aimed at benefiting Americans, even if we wind up paying more for goods, and less on storage units.

Up next: ‘Trillions of dollars are at stake’: It is a battle over ‘the future wealth of the United States.’