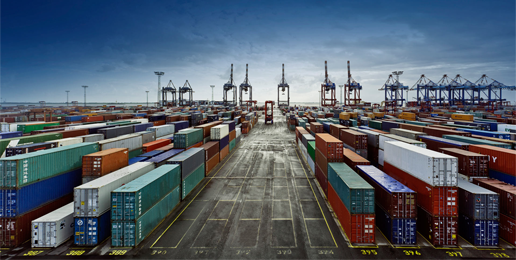 Last time we heard from Illinoisans John Westberg and Steve Rauschenberger, two knowledgeable voices when it comes to the topic of manufacturing in the United States.

An article earlier this year by American Thinker’s Thomas Lifson titled, “Free Trade, Fair Trade, and Reality,” lays out his perspective on the free v. fair debate: President Donald Trump “has repeatedly stated that he wants ‘free trade’ that is also ‘fair trade,’” Lifson writes, “I am all for free trade, but it’s got to be fair.”

Academic and political critics are quick to point out the oxymoronic nature of this statement. Free trade means no government interference with private entities making the deals they see as beneficial. “Fair” trade means that someone else’s idea of fairness is imposed on deals that the parties find satisfactory to themselves.

Lifson cites examples of how corporations and governments engage in a “give and take” all the time. Governments force companies “to offer concessions for the privilege of doing business unhindered by limitations and harassment.”

President Trump is the first postwar president to acknowledge this reality, and to promise to play the game as well as it is being played against the US. When he blasts the negotiators who have inked trade deals, he is really criticizing the policy of the US playing by the rules while others play hardball, with pressures both formal and informal being used to extort value from American companies and ultimately from the American economy. Those [research & development] jobs overseas won’t generate nearly as many American jobs as they would if located in a US facility.

President Trump is really writing the obituary for the era in which the US kept everyone else happy by conceding to others the ability to play economic blackmail while self-righteously refusing to play that game to protect our own interests. He is a realist, and it is refreshing.

In another article at American Thinker, Steve Feinstein, in a piece titled “Manufacturing a Crisis,” writes:

If there is one thing that Democrats and Republicans always seem to agree on, it’s this: Manufacturing jobs are the key to economic success in this country. We’ve got to “revitalize” the manufacturing sector if the economy is to generate strong job growth and economic expansion.

That’s just such total hogwash, because it’s not true and it’s not reflective of reality.

Cheaper foreign goods, Feinstein writes, enables “American consumers to spread their money around in more areas and it frees up American workers to pursue other — better-paying and more sophisticated — things.”

Have those “better-paying and more sophisticated” “‘things”(!) been keeping pace with the number of jobs lost in the manufacturing sector? A lot of the people in Rust Belt states, whose standard of living has stagnated or fallen over the past 20 years, said “no they haven’t kept pace” when they voted for Trump.

According to some “economic troglodytes,” Feinstein writes, “we’re only in the economic sweet spot if we’re manufacturing cheap Bic pens and Keds.”

Actually, the value of our manufacturing sector’s output is at record levels, even if the absolute number of workers employed in manufacturing is less than the peak. It’s directly analogous to our agricultural output being the highest ever, even though none of you farm.

Take that you economic troglodytes!

Next time you hear an ill-informed politician talk about how we need to “bring our manufacturing jobs back,” you’ll know better. We manufacture exactly what we should in this country. There’s always a plus/minus to how much we make here depending on the specific conditions of the moment, but you should hope you never see a U.S.-made Bic pen again.

There is also an interesting bunch of articles at American Thinker written by Howard, Raymond, and Jesse Richman (here is their personal website). They are big on the topic of “balanced trade,” and they regularly promote their idea of using a “scaled tariff.”

They also remind everyone that the word “trade” is used in the U.S. Constitution. I’ve linked to a few of their articles below.

And if you think economists are mild mannered group, note this opening from one of their articles last year:

In one of National Review’s hit pieces against Republican presidential frontrunner Donald Trump (“What Trump Doesn’t Understand — It’s a lot about our Trade with China”), correspondent Kevin D. Williamson called Trump a “dangerous buffoon” because he would threaten tariffs upon China’s products and thus risk a trade war with China. But it’s not Trump who is the buffoon on trade; it is National Review!

Trump plans to take on the huge U.S. trade deficit with the world, and especially with China. He threatens to place upon Chinese products a tariff like the 45% tariff that China recently placed upon some U.S. cars. Such a threat could lead to negotiations between the U.S. and China about balancing trade, and Trump wrote the book on negotiations.

When an article tears into a candidate for having his facts wrong, the magazine that prints it probably should check to make sure that the candidate is actually wrong. But, National Review failed to fact-check this piece.

They go on in the article to compare the NR’s “facts” with their own.

Next up, more on the debate about manufacturing jobs and trade.

The People are Right: It’s Time to Balance Trade

How to Restore America’s Manufacturing Innovation

‘Trillions of Dollars Are at Stake’: It is a Battle Over ‘The Future Wealth of the United States’