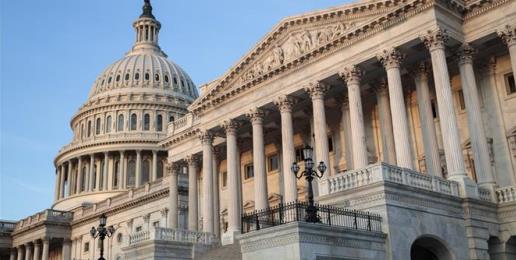 Baseball season gets underway this week, a welcome distraction from the political battles in Washington.

Meanwhile, the U.S. Senate is warring over the confirmation of Supreme Court nominee Neil Gorsuch.  The Republicans say he’s a stellar nominee, a judicial umpire who calls balls and strikes as he sees them.  Democrats, led by New York’s Charles Schumer, however, say the judge is a creature of “special interests” who would slide into a base with spikes up and who deserves to be filibustered.

Who are those “special interests” you might ask? Well, they would be anyone who disagrees with progressives, which the November election indicated is at least half the country if not more.

The Republicans say Judge Gorsuch will help the Court return to constitutional principles.  Democrats claim that he will “undo the gains” made by decades of liberal jurisprudence.  We can only pray that they’re both right.

Over the years, federal courts – especially the U.S. Supreme Court – acquired an out-sized role in the nation’s affairs, especially during Franklin Roosevelt’s administration.  Think of the federal government as a three-bodied creature, with one of the bodies in a black robe towering over the others with a giant Nancy Pelosi gavel.

Restraining the U.S. Supreme Court’s power, even slightly, has been a non-starter.  Congress is packed with lawyers who dream of serving on or before the highest bench someday.  It’s also an open secret that many politicians are relieved when hot button issues slide off their plates and directly onto the Court’s docket.

Nonetheless, given the Court’s near-omnipotence, the central question of what constitutes lawful authority will dominate public discussion in years to come, especially if there is a conservative majority.  Right now, “lawful authority” is in the eye of the beholder on many levels.

On the other hand, when a federal judge in Texas ruled in 2015 that President Obama had usurped congressional authority with executive actions shielding five million illegal immigrants from deportation, progressives pledged resistance and urged people to take to the streets.

Progressives look with favor on the 500 or so “sanctuary” cities that refuse to cooperate with federal immigration laws and procedures.  Conscience, they say, overrides mere lawfulness.  Except, of course, when it comes to Christian bakers, florists, wedding planners and photographers. They must be forced by law to violate theirs.

Only a few months ago, progressives cheered an edict from the Obama Administration ordering all school systems in America to accommodate female-identified males in girls’ restrooms and locker rooms or risk losing federal funds.  Can’t these schools follow the rule of law?

And what about those scoundrels, the Little Sisters of the Poor, or Hobby Lobby and other Christian-owned businesses that don’t want to obey Obamacare’s abortifacient mandate?  What are they trying to do, provoke anarchy?

When the U.S. Supreme Court in Citizens United restored collective political free speech, President Obama pilloried the justices in person during the 2010 State of the Union address, badly misrepresenting the facts of the ruling.  Fellow progressives vowed to see the opinion overturned.

But when the U.S. Supreme Court in Obergefell v. Hodges invented a “right” to same-sex marriage in the penumbras of the Constitution in 2015, overriding state marriage laws – 31 of them constitutional amendments approved by voters – progressives instantly pronounced it “settled law.”

They said the same about the Roe v. Wade ruling in 1973 that struck down abortion laws in every state – “settled law.”

If these examples leave you confused about what is actually lawful authority, don’t worry.  We have an omniscient media to explain it to us.  If they feature lots of people “hailing” a ruling or order, you can bet it’s about another judicial or executive demolition job on America’s heritage, the Constitution, founding values and genuine civil rights.  If they quote lots of people condemning the ruling or order as an abuse of authority, it’s a clear victory for constitutional governance.

To progressives and the lockstep media, legitimate authority means only advancing progressive causes.  If so, it’s no big deal for liberal presidents or judges to run outside the baselines when they need to score some runs.