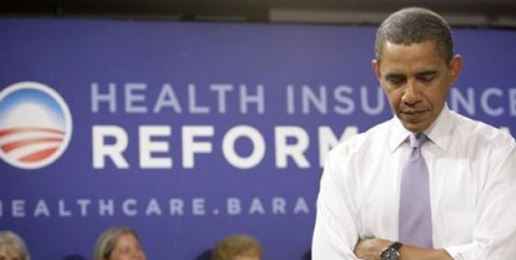 “Disaster,” “embarrassment,” “humiliating” and “train wreck” are just a few of the colorful terms being used to describe it. The Obama administration’s incompetent half-billion-dollar rollout of its incompetent multi-trillion-dollar signature achievement is but a tragic metaphor for this man’s entire presidency. (It’s not hyperbole when it’s true.)

Nearly three weeks in and the utopian promise of “affordable care” for all has yielded but a handful of folks who’ve even been able to sign up for this clinic in socialism.

That Obamacare – something billed as a health-care panacea for the collective – is something that the collective neither asked for, nor wanted, is now the back story. That it has failed so fantastically in every respect, has taken center stage.

Reuters reports: “In its third week of operations, the [Obamacare] website continues to experience problems, which government officials say they are working day and night to repair. Even allies of the Obama administration have been highly critical, with former White House press secretary Robert Gibbs calling it ‘excruciatingly embarrassing’ and calling for ‘some people’ to be fired.”

Senate Finance Committee Chairman Max Baucus (D-MT.), was both a sponsor of – and cheerleader for – Obamacare. He saw this coming. Once he read this 2,400-page regulatory monstrosity, he came to the same conclusion as did anyone else with two synapses to rub together. He called the implementation of Obamacare “a huge train wreck” and announced that, rather than resulting in his re-election, Obama’s pet government health-care albatross would sink him into retirement.

Still, the few who have somehow managed to enroll in Obamacare are discovering, to their dismay, what many of us have warned all along: There is nothing “affordable” about the paradoxically named “Affordable Care Act.” Though government geeks may be “working day and night” to fix the website, no amount of work will fix Obamacare itself. It’s unfixable. The only solution is to total-out this jalopy.

Even the Obamanistas are waking up. Just days before its launch, Politico lamented, “The Obamacare that consumers will finally be able to sign up for next week (they weren’t) is a long way from the health plan President Barack Obama first pitched to the nation.

“Millions of low-income Americans won’t receive coverage. Many workers at small businesses won’t get a choice of insurance plans right away. Large employers won’t need to provide insurance for another year. Far more states than expected won’t run their own insurance marketplaces. And a growing number of workers won’t get to keep their employer-provided coverage.”

The president’s like-minded base – the hardcore left – has also become restless. In a recent “End of Day” report, Gary Bauer, founder of Campaign for Working Families, gives one example from the left-wing Daily Kos.

Bauer writes: “Obamacare’s continued horrendous rollout (See next item) will likely cause the scales to fall from many eyes. Even some liberals are questioning Obamacare. [Warning: Graphic language.] We need to make sure that friends and family members who bought into the hype about hope and change know that it doesn’t have to be this way. We can do better.”

The good news – if you can call it that – is that Obamacare is non-discriminating. It’s putting the screws to every American – rich and poor, Democrat and Republican, liberal and conservative.

In the above-referenced Daily Kos piece, headlined “Obamacare will double my monthly premium (according to Kaiser),” liberal blogger “Tirge Caps” captures the shock experienced by most Americans – even “progressive” Americans – over the promise of Obamacare vs. the reality of Obamacare:

My wife and I just got our updates from Kaiser telling us what our 2014 rates will be. Her monthly has been $168 this year, mine $150. We have a high deductible. We are generally healthy people who don’t go to the doctor often. I barely ever go. The insurance is in case of a major catastrophe.

I am canceling insurance for us and I am not paying any f***ing penalty. What the hell kind of reform is this?

Oh, OK, if we qualify, we can get some government assistance. Great. So now I have to jump through another hoop to just chisel some of this off. And we don’t qualify, anyway, so what’s the point?

I never felt too good about how this was passed and what it entailed, but I figured if it saved Americans money, I could go along with it.

I don’t know what to think now. This appears, in my experience, to not be a reform for the people.

What am I missing?

I realize I will probably get screamed at for posting this, but I can’t imagine I am the only Californian who just received a rate increase from Kaiser based on these new laws.

Not only will you get screamed at, Mr. Caps, but you may want to prepare for an unexpected IRS audit. America feels your pain, my friend.

The proof is in the Obamacare pudding.

And Obamacare is poison pudding indeed.

The One-Sided Din Over Taxes