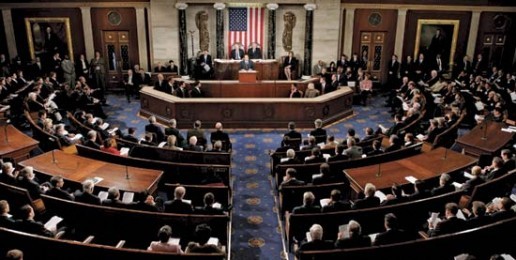 WASHINGTON, D.C. – Family Research Council (FRC) praised the U.S. House of Representatives today for overwhelmingly approving U.S. Rep. Virginia Foxx’s (R-NC) amendment to the 2012 defense appropriations bill that would prohibit using Pentagon funds in contradiction of the Defense of Marriage Act (DOMA), which defines marriage as the union of a man and a woman for all federal purposes.

“A bipartisan majority of the House of Representatives has overwhelmingly reaffirmed marriage as the union of one man and one woman. This resounding support for the Defense of Marriage Act is a reflection of the views of more than six in ten Americans and the 40 million voters in 31 states who have approved constitutional amendments preserving marriage.

“The House vote sends a clear signal to the courts that the issue of homosexuals serving openly in the military is far from resolved. The House has also rejected the Obama administration’s continual circumvention of federal marriage law.

“President Obama’s Department of Justice is not fulfilling its constitutional duty to defend the laws of the United States by prodding the courts to engage in judicial activism as it seeks to overturn the Defense of Marriage Act. However, the Department of Justice’s unethical intervention is without support from Congress or the American people.

“We thank Rep. Virginia Foxx for her leadership on this issue, and the 19 Democrats who joined a huge majority of Republicans in affirming that federal law trumps the demands of those who would use the military to advance a liberal social agenda,” concluded Perkins.