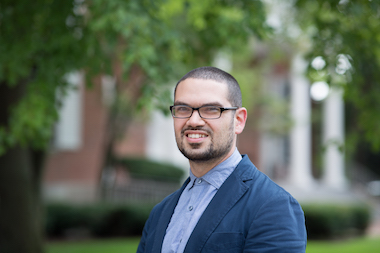 From his birtherism charges against President Obama, to his threats against “bad hombres,” to his bragging about getting away with sexual assault, candidate Trump signaled that he was going to be a white man’s president, dedicated to tapping into and drawing from the U.S.’s deep white nationalist roots and their accompanying sexism. Since ascending to office, he’s labored to establish Trumpism identity politics for white folks. And the Republican establishment has coddled his efforts, as Senator McConnell’s four-year defense of President Trump makes clear.

President Trump and establishment Republicans like Senator McConnell show no signs of ceasing their strategic gendered racism. Instead, they’re doubling down on it to keep their base. Yes, they’re cunning enough to place white women such as Sarah Huckabee Sanders and Kayleigh McEnany before reporters. But they know these women will pull all necessary stops to promulgate the Party’s racist, patriarchal agenda. Sanders relentlessly lied. Kayleigh tirelessly defends Trump while claiming “I know who I’m ultimately working for, and it’s the big guy upstairs.”

[R]emember that a white man is leading a white party—and the white church is promoting both. What you’re witnessing is a byproduct of the seventies, the latest manifestation of the deplorable linking of Christianity and male-exulting whiteness. … And, to rift [sic] on St. Paul, beware: You may become someone’s enemy if you tell the truth about the Republican Party’s strategic gendered racism. Christian or not, President Trump’s followers prefer their white lies.

Cartagena seems not to remember that Senator McConnell was compelled by the corrupt antics of Democrats to defend former President Trump against a series of lies, including the whopper about Russian collusion paid for by Hillary Clinton’s campaign.

Apparently Cartagena would have preferred Christians vote for the lying, race-exploiting, abortion cheerleader Hillary Clinton who supports compulsory taxpayer-funding of human slaughter throughout the entire nine months of pregnancy for any or no reason.

Does Cartagena have any problem with those Christians who voted for either the corrupt Hillary Clinton or the equally corrupt Joe Biden, both members of the party that, as black professor Carol Swain wrote for Prager U,

In contrast, the Republican Party was founded in 1854 as an anti-slavery party. Its mission was to stop the spread of slavery into the new western territories with the aim of abolishing it entirely. This effort, however, was dealt a major blow by the Supreme Court. In the 1857 case Dred Scott v. Sandford, the court ruled that slaves aren’t citizens; they’re property. The seven justices who voted in favor of slavery? All Democrats. The two justices who dissented? Both Republicans. …

[A]fter Reconstruction ended, when the federal troops went home, Democrats roared back into power in the South. They quickly reestablished white supremacy across the region with measures like black codes – laws that restricted the ability of blacks to own property and run businesses. And they imposed poll taxes and literacy tests, used to subvert the black citizen’s right to vote.

For decades, the Democrat party passed laws and endorsed policies to buy black votes even when those policies destroyed the black family, killed black babies, kept black children in lousy schools, and made urban black communities unlivable. Does Cartagena think those laws and policies are racist?

What about efforts by leftists to defund police which will inevitably result in more black deaths? Are those racist?

Cartagena calls Sarah Huckabee Sanders a liar and implies both Sanders and Kayleigh McEnany are female tokens. Well, is Jen Psaki a liar? Did she lie when she blamed the defunding of police on Republicans? Rhetorical questions, obviously.

Cartagena whines about the GOP’s alleged “patriarchal agenda” and “gendered racism” but says nothing about Biden’s gendered racism in deliberately choosing members of his administration based—not on merit, wisdom, knowledge, or experience—but on their skin color and sex. Biden makes no secret about his commitment to tokenism, aka “gendered racism.”

I’m not sure what a “patriarchal agenda” is or why Cartagena opposes it seeing as the Bible has a lot of good stuff to say about patriarchs and patriarchal structures. But coming from a leftist, this term would suggest Cartagena holds women in high esteem. For those who hold women in high esteem, it would seem that Trump would have been the preferred candidate over both Hillary and Biden, since both have made it clear they support the sexual integration of girls’ and women’s private spaces and sports.

Cartagena writes about critical race theory (CRT)—a lot and favorably. Much of his writing is academic in nature, picking apart arguments from scholars critical of CRT—you know, dancing on the heads of pins kind of stuff. He takes particular aim at Manhattan Institute senior fellow, Christopher F. Rufo, who has been influential in exposing the tenets and influence of CRT in academia, the corporate world, and the government—including the military. About Rufo, Cartagena says,

Culture-war agitators such as Rufo aren’t interested in offering a just, charitable understanding of CRT.

As evidence for this claim, Cartagena provides a decontextualized tweet—yes, a tweet. That doesn’t seem all that charitable now, does it?

But while he fusses about whether some critic gets a point wrong or misses a point, Cartagena doesn’t spend much time acknowledging that when scholarly theories wend their way down the sewage pipe from sullied Ivory Towers, academic theories morph. Big theories pass through filters that strain out the minutiae scholars love to debate. Large chunks of excrement remain to pollute culture. Right now, ideas derived from Marxism, critical theory, and CRT are stinkin’ up the joint.

In addition to CRT theorists Derrick Bell and Kimberlé Williams Crenshaw, Cartagena cites Paulo Freire—a lot and favorably—calling him a “Brazilian Christian.” Since “Christian” means many things to many people, a bit more information from Cartagena about Freire’s Christianity might be helpful to Cartagena’s readers, particularly students.

Freire wrote the well-known book Pedagogy of the Oppressed, which former City-Journal writer Sol Stern critiqued in an article titled “Pedagogy of the Oppressor,” (subtitled, “Another reason U.S. ed schools are so awful: the ongoing influence of Brazilian Marxist Paulo Freire”). Stern describes Freire’s polemic as a “derivative, unscholarly book about oppression, class struggle, the depredations of capitalism, and the need for revolution.”

Cartagena wants the church and all of America to study CRT as intensely as leftist scholars study it, and unless they do, any criticism of CRT is, in Cartagena’s view, illegitimate:

Because marginalization and oppression in pigmentocracies operate along racialized lines, Christians should share the common interests of critical race theorists. And they should recognize that assessments of those scholar’s conclusions must be robust and nuanced. An endorsement or rejection of CRT requires examining a lot of U.S. history—especially U.S. legal history—political philosophy, sociology, and theology. … We must repent of our shoddy, unjust presentations of CRT. We must labor to understand and evaluate CRT in light of history, political philosophy, sociology, and theology and the movement’s internal diversity. This is what neighborly love demands.

His assertion seems a clever way to use Scripture to force Christians either to spend inordinate amounts of time studying CRT or remain silent. His tricksy reasoning is based on the biblical truth that God commands us to love our neighbors. Then he asserts—with no biblical warrant—that “neighborly love demands” that Christians “labor to understand and evaluate CRT in light of history, political philosophy, sociology, and theology and the movement’s internal diversity.”

I haven’t read everything the Cartagena, prolific devotee of CRT,  has written on CRT (or “whiteness“) but so far I haven’t read anything suggesting he believes neighborly love demands the same kind of in depth study accompanied by “robust and nuanced” assessments of criticism of CRT.

No word about whether all teaching of CRT principles and tenets should be banned in public schools unless and until teachers prove they have studied CRT and its critics deeply.

And no word about whether public school teachers should advocate for CRT or present it without bias or favor.

I first wrote about Cartagena in May in an article about Wheaton’s RACIALIZED MINORITY RECOGNITION CEREMONY, which followed close on the heels of Wheaton’s controversial decision to cancel a plaque honoring slain missionaries, replacing it with one more palatable to Wheaton wokesters—one that removes references to the savagery of the killers who happened to be indigenous people.

With Wheaton awash in wokery, the following letter from Wheaton College president Philip Ryken to the Wheaton College community in the fall of 2020—just after the spring and summer destructive, violent BLM/Antifa insurrections—shouldn’t surprise anyone. Disappoint? Yes. Surprise? Not so much.

We all are witnesses to the egregious and senseless violence that recently claimed the lives of Breonna Taylor, Ahmaud Arbery, and George Floyd. Their deaths speak to the enduring presence of systemic and institutional racism within our society. As a community, we are deeply distressed by violent acts that have persisted in our country for more than four centuries.

As Christ followers, we denounce systemic racism and police brutality against any racial or ethnic group. Today especially our hearts are filled with pain for the inhumane treatment of our brothers and sisters in the African American community. We stand united with African American students, faculty, and staff who are all deeply affected by these ongoing acts of racial violence and other sinful injustices, often on a daily basis.

[W]e are also committed to identifying and addressing policies and systems in our own institution that hinder access and success of members who belong to marginalized and oppressed groups. In order to have the impact on the world that God is calling us to have, we are resolved to think and act in ways that create a more loving, equitable, and just community.

Wheaton College pursues a biblical commitment to respect and love all people as equal image-bearers of Jesus Christ. This is mandated by Scripture, promised in our Community Covenant, and detailed in our Christ-Centered Diversity Commitment.

To the members of our community belonging to the African diaspora, please know that you have our love, support, and concern.

Disabuse yourselves of any fanciful notion that Cartagena is the only wokester at Wheaton. He’s not. Parents considering paying boatloads of money to send their kids to Wheaton College might want to consider other, less woke Christian colleges. And Wheaton donors might want to reconsider how they steward their donations.

Pushing Back the Indoctrination
b
a
x
r