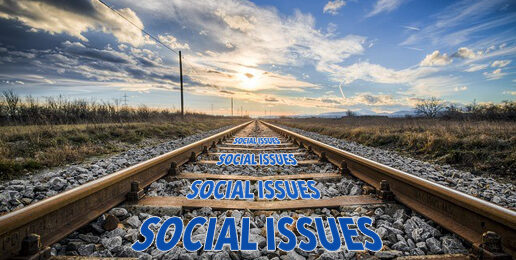 If we learned anything from the recent midterm elections—and we should have learned a lot—it should be that “social issues” are not the third rail of politics. The claim that they are the third rail is a manipulative lie told ad nauseum by RINOs who are so foolish they don’t understand that the social issues are essential for the health of any society.

From the midterm elections, conservatives should have learned that Republicans won elections from coast to coast in part because they have been “leaning in” to the “social issues” rather than fleeing from them. And we should have learned from the bellicose responses of Leftists that their only defenses are calling names and lying.

Republicans won in part because they justifiably worry about inflation and crime, both the results of doctrinaire leftist Big Government, pro-criminal, globalist policies. Republicans won also because they were disgusted with and animated by the usurpation of public education by leftist change-agents who use their jobs to promote their social, moral, and political ideologies on sexuality—including abortion—and race.

Taxpayers are fed up with obscene, profane, and age-inappropriate materials being presented to their children.

Taxpayers are fed up with paying the salaries of leftwing propagandists who identify as “educators” and “experts” who believe they should have absolute autonomy over the curricula they teach to other people’s children.

Taxpayers are fed up with children being taught that whites are racist oppressors by virtue of their skin color, that masculinity is toxic, that homosexuality is ontologically and morally equivalent to heterosexuality, that all family structures are equivalent, or that boys can be girls–none of which are true.

Taxpayers are fed up with the sexual integration of private spaces and girls’ sports.

Taxpayers are fed up with the Orwellian de facto suppression of First Amendment speech protections as evidenced in speakers being canceled and jobs being lost.

They’re fed up with the lie that conservative moral beliefs about homosexual acts, or same-sex “marriage,” or cross-dressing constitutes hatred of persons who identify as “gay” or “trans.”

I hope conservatives are learning that addressing the social issues is not only critical to winning elections but also that the “social issues” are critical to the health and future of any society. Dave Rubin, Guy Benson, and Tammy Bruce may be smart, articulate, and right on many issues, but embracing their views on homosexuality and marriage will be a political and humanitarian nightmare for the GOP and America.

It’s not just leftist ideas about sexuality that will destroy. Embracing ideas found in critical race theory (CRT) or allowing our children to be taught those ideas as inarguable truth out of fear of being called “racist” will be equally destructive.

Now that many more Republicans have raised their voices against the racist ideas embedded in CRT, leftists are screaming “racist” with increased volume. They feel the wind changing. Their con has been revealed. Their jig is almost up. Well, it will be if Republicans remain unified and fearless.

Not only are leftists shrieking “racist” louder, but they’re also making the disingenuous case that public schools “don’t teach critical race theory.” What they’re not saying is that the ideas promulgated in public schools on race, race relations, and American history are the same ideas on race, race relations, and American history promulgated by CRT and by both the ideologies that preceded CRT and the many money-making operations promoting CRT-derived ideas.

Anyone who wonders whether schools teach CRT should spend some time reading what these ambitious scholars promote and then read the resources their local schools provide to students or teachers on institutional racism, intersectionality, oppression, education, diversity, equity, and inclusion.

All the indignant claims from school administrators that they don’t teach CRT are now stinking red herrings tossed out in a frantic attempt to distract opponents from all that inconvenient opposing.

Sure, schools and the organizations that profit from promoting “diversity, equity, and inclusion” in schools may not technically teach CRT and may not use the term CRT. Instead, they extract CRT’s assumptions and repackage them to make them seem less controversial, less scholarly, and more palatable to the gullible among us. For the outside organizations that profit from keeping racism alive, the goal is to make repackaged CRT more marketable to government schools.

Patriarchy, Gender Roles and Marxism: An Educational Campaign to Destroy the Family
b
a
x
r