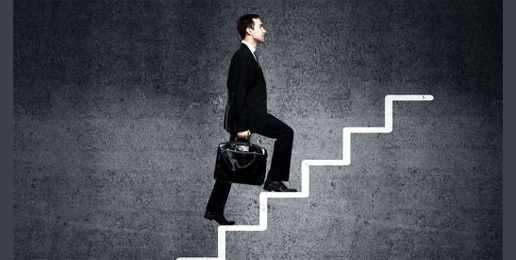 Your college-bound son or daughter has a new obstacle to overcome in learning to be both an educated and wise young adult. Teaching White Privilege is now all the rage. Many universities have mandatory classes on it. Some even extend the indoctrination into the dormitories. Only youth with strong character will survive the experience without being warped.

Before exposing our youth to these arguments we are wise to scout ahead, to see what sort of trouble lies ahead. What is White Privilege, and what does it have to say about racism? Does God teach us anything about this? And what should our response be, both as Christians and as Americans?

The concept of White Privilege can be traced to a couple of Marxist authors.

In 1935 Professor W.E.B. DuBois wrote the book Black Reconstruction in America. In it he used Marxist theory to explain some outcomes of the American Civil War.

Beginning in 1965 the labor activist Theodore William Allen sought ways to radicalize the American workforce. After studying the DuBois book he decided that American society had a built-in racial favoritism he called “white skin privilege.” He said that workers in America didn’t hear the Marxist call to action because of society’s built-in white supremacism. In one essay Allen claimed that:

“White Americans who want government of the people, by the people, must begin by first repudiating their white skin privileges and the white ‘gentleman’s agreement’ against the Negro.”

Allen’s ideas were expanded by academic researchers and social activists into “White Privilege,” an assertion that there are real but invisible advantages that only white people have. For example, Professor Peggy McIntosh supposedly carries an “invisible backpack” of advantages like these:

“I can turn on the television or open to the front page of the paper and see people of my race widely represented.”

“If a traffic cop pulls me over, or if the IRS audits my tax return, I can be sure I haven’t been singled out because of my race.”

If the goal is overthrowing our current society then the White Privilege concept is very useful. You can accuse your opponents of having it and deny their objections because they are simply blind to the problem.

In a previous article I noted what God requires of a society and its government. In summary, its rulers must deter crime, provide even-handed justice, and defend the powerless. The people are to be honest, peaceable, living up to their promises, and caring for the poor and orphaned. Regarding issues of discrimination these instructions include:

The American experience hasn’t always been just regarding race. How about today?

Are our laws racist?

At times parts of America had laws where the intent was racial discrimination. Examples of these include racial segregation laws, voting poll taxes, and voting literacy tests. But after much time and effort, racial discrimination has been abolished from American laws. There are a great many watchers to ensure that the laws remain that way. Yet laws are not the society itself. They merely guide and regulate it.

Are there racist Americans?

You’re certain to find racist Americans because all people have sinned and fall short of God’s perfection (Romans 3:23). We should rather be gratified at how little racism there is. That is largely the result of more than a century of Christian preaching and public exhortations to not judge someone merely by the color of their skin.

Still, you don’t have to look hard to find overt racists:

These groups are racist because they don’t seek colorblind solutions. They pursue race-based policies and outcomes, for one race and against another. Curiously, each of these groups seek to reinstate some form of resegregation. The point of discussing racist organizations is that nobody is immune from becoming racist merely because of their own race. Racism can come from people of any race.

American society encompasses the social interactions of its people, the good and the bad, the racist and the racially colorblind. Is the result a racist society? Reflecting on what the Bible says about racism (Galatians 3:28, et.al.) the answer must be NO.

First, actual racist activity isn’t that common. Not surveys or research studies, actual incidents of people being discriminated against. It’s surprising news when an incident occurs. News organizations love these reports. If there were a lot of them the newspapers and television shows would be continually reporting about the community’s racism, editorializing about what a shame it is. But you don’t see this wall-to-wall news coverage because the racist activity isn’t that prevalent.

Second, racist offenders are pressured to fix things. Their racist activities cease. A society that can fix its racial wrongs is healthy, not irredeemably racist. It has a conscience that causes social change. In a racist society nothing would change.

Third, a social interaction can be surprisingly complex. One person sees racism, while another recognizes a combination of normal social attributes. It can be difficult to determine if there are racist elements involved. Try these examples:

A girl avoids the coffee shop nearest work. Is it because she doesn’t like the race or religion of its workers? Or is it because she remembers an encounter with a certain rude barista?

A town with mostly white people is shunning a certain black family. Is it because of white racism? Or because that family’s children are “out of control?”

The local newspaper never shows pictures people of my race. Is it because of racist policies? Or because the people of your race are few and don’t get into newsworthy troubles?

A family has their apartment rental application rejected. Is that racial steering, with the remedy of the Fair Housing Act? Or was that family too poor to afford the rent?

A white scholar drives into a black neighborhood to meet someone. She is pulled over by police and questioned. Is her experience an example of “police routinely pull over cars in a black neighborhood?” Or is it, as the police said, that her driving pattern fits the profile of someone looking for a drug dealer?

When evaluating a social situation all of the details matter. But perhaps thorough research won’t generate the sensational headlines that were desired.

The White Privilege concept claims that white people have certain invisible advantages. These advantages might merely be the result of acquiring income, education, or a residence in “nice” neighborhood.

A Department of Education study states that “Black students are suspended and expelled at a rate three times greater than white students.” But was the study covering disparities in just one school? Or were some data gathered from schools in peaceful communities and other data from schools serving as substitute gang battlegrounds?

Again, all of the details matter.

An important part of the White Privilege concept is that you can’t lose it, avoid it, or fix it. You’re guilty of racism just by living. This is important for activists, for guilty people are easily manipulated, and you’ll keep doing whatever the accusers ask for.

Finally, the White Privilege concept creates its own definition of racism. The common definition of racism judges a person on their thoughts, words and deeds. The White Privilege version says that you’re guilty because the accuser doesn’t like how society is currently structured. These advocates are moving the goalposts to encourage a political and social reengineering of America.

So what do we know about White Privilege?

That sounds like “fake news” to me. It is guilt inducing without cause. Throw it out.

Recent Election Proves Social Issues Are Not the Third Rail

Fomenting Racism in the 21st Century
b
a
x
r