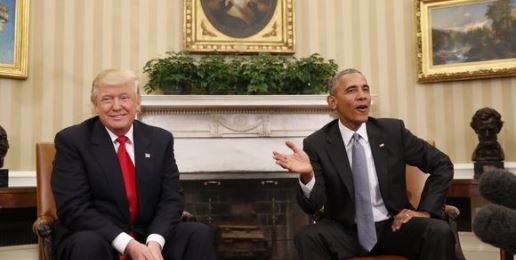 Now that we’ve elected a President our news media will hold him accountable. Not that they’ve done a good job of this in the past, but let’s applaud this new resolve. In fact, the actions of all of our officials should be continually scrutinized.

If we’re to hold an official accountable then we need to decide how to judge his or her behavior. Any standards we compose are bound to embody Christian morality, because we have a Christian culture, and our political and legal framework comes from Christian traditions. This is a useful starting point because God Himself is judging our country. We ought to find out what He expects from us.

God judges all the nations, not just Israel

God paid special interest to Israel. He fulfilled His promise to their forefather Abraham by establishing Israel as a nation, giving it the land of Canaan (Genesis 15:7). He gave them the Law, His detailed description of right and wrong, and expected Israel to honor it.

However, careful Bible reading shows that God also expects righteousness of the nations surrounding Israel. Even though the non-Israelites didn’t have the Law, they could tell right from wrong because God’s righteousness and nature is readily seen all about us (Romans 1:18-20; 2:14-15). Some of God’s judgments were these:

God revealed to Jeremiah that the nations exist through his determination (Jeremiah 18:7-10). He establishes and removes them at his pleasure.

God’s interest in the nations continues in the New Testament.

Paul notes that God appoints earthly rulers as his ministers (Romans 13:1,4). But God doesn’t give out free passes. With responsibility comes an accounting (Luke 12:42-48; 1 Corinthians 4:2).

Through the Ten Commandments, and their exposition in the Law, God told Israel what a righteous nation does. In summary, the rulers must deter crime, provide even-handed justice, and defend the powerless. The people are to be honest, peaceable, living up to their promises, and caring for the poor and orphaned.

The prophets complained when officials or the people didn’t live up to God’s standards. Here are just a few admonishments.

These issues weren’t that nation’s only faults, just ones worthy of special comment. As a rule a society with one glaring fault will usually have problems in all areas.

Injustice might be done through practiced effort to pervert justice or by lazy indifference to good morality. Either way, it brings the fairness and reputation of the law itself into disrepute. No wonder that God judges the nations, for he is defending His own name and righteousness (Psalm 74:22; Isaiah 37:17).

The United States has many political divisions, each with offices of limited responsibility. Not every office deals with the full import of hearing disputes or deterring crime, yet each office should be handled with honesty and efficiency. Even dogcatchers can be bribed. What, then, are the President’s responsibilities, those things he ought to do rightly?

The U.S. Constitution gives the President these responsibilities:

Oversee the armed forces. The President is the highest leader of the Army, Navy, and Air Force.

Oversee the enforcement of laws. As leader of the Executive Branch the President is responsible for laws being “faithfully executed”. Considerable tension exists when the President wants to execute a different policy than what the law permits.

Pardon people who offend the United States. The President is permitted to grant “pardons for offences against the United States”. The language doesn’t say “convicted of offences”, which is why President Ford could preemptively pardon former President Nixon.

Report to Congress on how things are going. Every year the President provides to Congress a “state of the union”, either through a letter or a speech to them. The President is also entitled to reports from the heads of the various Departments (State, Defense, etc.).

Because the President is head over 15 executive departments he, has ultimate accountability over their actions. Having the power to appoint and oversee, the President has the ability to adjust how the federal government works. He can also pressure them to achieve certain goals. When there is scandal or controversy, such as in how the EPA handled the Animas River spill, or whether the IRS should grant tax exemptions to certain groups, it becomes the President’s fault. Truly, the buck stops here.

In addition to the official duties the President has a bully pulpit to promote policies and proposed legislation. He will be called upon to advance a multitude of projects.

We’ve seen that the President has Constitutional duties. We also assume that the President will champion various causes, depending on the politics and petitions of special interests. Finally, for the good of the nation he ought to pay attention to God’s requirements for righteous government. We can scrutinize the President’s actions in terms of what he has done and what should be done.

Constitutional duties.  When the President acts his activities are widely reported. Don’t worry whether the President is neglecting his duties, for there are many assistants to ensure that the President does them. Mostly, people have issues with the President’s actions when policy is promoted at the expense of existing law.

The President can be judged on the unlikely event of shunning the office’s duties. He can also be judged on whether he thinks politics is more important than oathkeeping, implementing the laws as written.

Promoting policies. The President wins the office by promoting his vision for the future, promising that things will be done or undone. He might not agree with your policies, but like U.S. Senator Everett Dirksen once said, “when I feel the heat I see the light.” Politicians want to be liked and respond to lobbying, especially when it comes from a lot of their constituents. It’s been said that a letter received means that there are another four people of like mind.

When the President is faced with a choice of actions he is looking not only for guidance from counselors but also the opinion of the nation. That means on issues you care about, and especially on issues God has spoken about through the Bible, your lobbying can make a difference. You can pre-judge the President by counseling him or her to the correct course and warning what happens if a bad course is followed.

Here is how this can work regarding the issue of abortion where law, vision, and morals all come together.

You can examine what the President has already done and warn him not to do it again. In the case of hard-to-reverse actions like a U.S. Supreme Court nomination it would be better to pre-judge an action, warning the President ahead of time to not make a misstep. Unless you have a truly wicked politician, it is hard to argue with someone pleading a case directly from Scripture.

Where to go next

You’re ready to find your magnifying glass and badger the President into doing the right thing. First off, you must know your topic. Do you know the laws that should be followed, or which should be changed? For that you’ll have to visit the Federal Register or your favorite advocacy site.

You’ll also have to learn what righteous government means. Here are some resources.

Although its viewpoint is more conservative than Christian, Prager University has excellent short videos discussing a whole range of conservative and government issues in America.

You can also enhance your Christian understanding of the world by getting your framework for understanding, your worldview, in better order. IFI is hosting its third annual Worldview Conference with Dr. Frank Turek on February 18th next year. We want to help equip you and your family with a solid biblical worldview. How do we think about the issues of the day? Do we think clearly and biblically about the issues, or is there something clouding or contaminating our understanding?  Are we buying into lies and distortions of the culture, or are we able to discern fact from fiction, truth from deception?