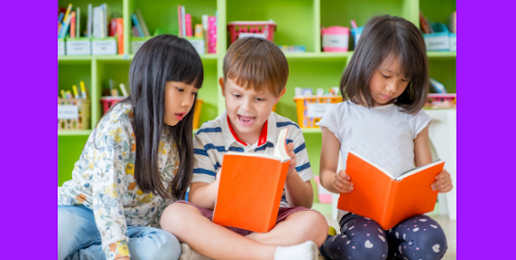 Taxpayers are entitled to know the criteria, names of creators of criteria, and names of teachers who choose controversial, obscene material. Concealment facilitates unethical behavior among teachers and breeds distrust among taxpayers. Transparency fosters trust and accountability. Government school teachers who are paid by the public want absolute autonomy and absolute anonymity, and that is why we now have adults introducing obscene material to other people’s children.

As an example, here are several writing prompts for high school students in Hudson, Ohio. These prompts prompt children to use their imaginations to focus on sexual immorality and violence:

No worries, rationalize supporters, these are just a few prompts from among the hundreds offered in a book of prompts that taxpayers subsidized. And anyway, such prompts appeal to teens and gets their creative juices flowing—or so rationalize the creepy adults who eye little children with bad intent.

(As an aside, weren’t those Hudson, Ohio teachers able to come up with writing prompts on their own? Isn’t that what they’re paid for?)

Many parents don’t realize that appealing to the sensibilities and appetites of adolescents assumed a dominant place in the selection process of English teachers decades ago. There’s another word for capitulating to the tastes of adolescents: it’s called pandering.

These writing prompts embody the perverse obsession with sex that many authors who write Young Adult (YA) novels share, that change-agents teach, and that government schools purchase with limited taxpayer funds.

Here are some quotes from The Perks of Being a Wallflower, which is found in most middle school libraries and recommended and taught in many classrooms:

In the face of criticism, those who rationalize teaching obscene, pro-“LGBTQ+” novels to adolescents roll their condescending eyes and call those who object to such material it prudes who take words out of context. But there is no context that renders graphic sex acceptable in texts purchased with public funds and taught to minor children.

Here are some more out-of-context quotes, these from the novel Lawn Boy by Jonathan Evison—another YA book in school libraries–a coming-of-age novel in which the protagonist begins to feel fulfilled only after he embraces a homosexual identity and which includes obscenity like “f**k” and “s**t” on virtually every page:

I wonder if a coming-of-age novel in which a young adult who experiences unchosen homoerotic attraction finds fulfillment once he rejects homoerotic relationships could get published, positively reviewed, and purchased for school libraries.

Saturday Oct. 2, 2021 marked the end of another “Banned Books Week” sponsored by the sanctimonious, hypocritical, leftist American Library Association (ALA) that regularly violates its own principles of intellectual freedom and has no principles regarding morality.

The ALA makes this disturbing statement:

Library policies and procedures that effectively deny minors equal and equitable access to all library resources available to other users violate the Library Bill of Rights. The American Library Association opposes all attempts to restrict access to library services, materials, and facilities based on the age of library users.

The ALA’s Office for Intellectual Freedom claims to oppose the proscription of materials based on “partisan disapproval”:

Books and other library resources should be provided for the interest, information, and enlightenment of all people of the community the library serves. Materials should not be excluded because of the origin, background, or views of those contributing to their creation. Libraries should provide materials and information presenting all points of view on current and historical issues. Materials should not be proscribed or removed because of partisan or doctrinal disapproval.

If that’s the case, then why are there so few YA novels that depict homosexuality as unhealthy or depict cross-sex identification as disordered?

The ALA tries to divert attention from this obvious hypocrisy by appealing to its own “Collection Development Policies.” But they can’t do their dirty censorship deeds alone. It requires the collusion of publishing companies, book review organizations, and libraries.

“Collection Development Policies”—created by leftists—are used to select which books to purchase. These policies establish what will be considered in selecting which books to buy. Books are chosen based on the “Reputation and qualifications of the author, publisher or producer, with preference generally given to titles vetted in the editing and publishing industry.”

And guess what—leftists control the publishing companies and professional review journals on whom librarians depend for determining which books they will purchase. It’s a nice circular set-up that enables leftists to conceal their bias and book-banning.

And it likely explains why school and community libraries all around the country carry the picture book I Am Jazz and numerous other picture books affirming cross-dressing in children. But how many carry the books I’m Glad God Made Me a Girl by Denise Shick, whose father began masquerading as a woman when Ms. Shick was a child, thereby causing her untold suffering.

What becomes obscured in all these discussions of book-banning or selection criteria is the egregious offense of using public money to subsidize curricula and activities that undermine many taxpayers’ deepest beliefs and morals.

The Primary Stakeholder in Schools: Parents or Educrats?
b
a
x
r