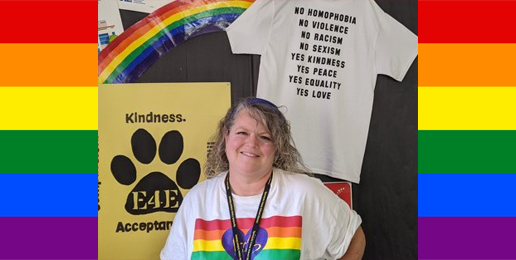 The Open-Mindedness of Leftist Propagandists
Written By Laurie Higgins   |   12.21.21
PRINT

The Facebook Overlords have finally released me from yet another 30-day prison sentence for expressing views “progressives” don’t like. You know who I’m talking about. “Progressives” are those freedom-loving tyrants who proclaim from their high horses how deeply they honor all voices and value diversity; how tolerant, unbiased, and respectful they are; how open-minded they are; and how much they loathe oppression and “othering” as they oppress and “other” conservatives.

In the 21st Century virtual public square, transaviors decide which views ought not be tolerated based on their beliefs about love, reality, and truth, while censoring the expression of all dissenting views. They shriek against shaming and bullying while ridiculing dissenters.

They destroy the hearts, minds, bodies, and families of children, and then sashay away wearing their pussy hats and glittery rainbow blinders to their splintered, hedonistic, artificially lit non-homes to self-pleasure and ingest soma, content knowing that Big Brother will finish what they started.

Transaviors include presumptuous change agents like Kelly Baraki and Lori Caldeira, two propagandists who self-identify as teachers at Buena Vista Middle School in Salinas, California. They are the predatorial “teachers” whose goal is to use their publicly funded positions of power to recruit vulnerable students into the boundary-free world of disordered sexuality. Abigail Shrier broke the story a month ago, which generated a firestorm that spread across the nation.

The deepest desire of Baraki’s and Caldeira’s dark hearts is to ideologically groom other people’s children through membership in an “LGBTQA+” school club with the intentionally obscurantist name “You Be You.” Until Shrier’s exposé, Baraki and Caldeira’s tactics included secretly monitoring students’ Google searches to identify their prey and developing ever more cunning ways to conceal children’s club membership from parents.

But Baraki and Caldeira weren’t satisfied with merely ideologically grooming other people’s children with the debatable beliefs of homosexuals, cross-sex impersonators, and collaborators (euphemistically called “allies”). They also secretly facilitated the decision of a vulnerable 12-year-old girl to identify as “transfluid.”

Baraki and Caldeira’s efforts are evil, and they have no right to be involved with children.

Sarah Rubin, editor of the Monterey Weekly, has a close-minded take on the community uproar over Baraki and Caldeira:

If this were a chess club or a gardening club, it would be a non-issue. The instructor would be reprimanded for violating school policies, but no public outcry or chain of conservative media coverage would’ve followed. They’re responding to an underlying fear that exposure to LGBTQ+ awareness is somehow changing kids.

It might be making their kids more open-minded. But LGBTQ+ people have been here and will continue to be here. And a new generation of kids is growing up much more open-minded about gender and sexuality than my generation did. Instead of telling them to shut up, we might learn something by listening.

Here’s something on which everyone can agree: Chess and gardening clubs are non-issues. Surely, Rubin can understand why that is. Unlike homoeroticism and cross-dressing, chess and gardening do not touch on morality, epistemology, ontology, teleology, theology, or psychology.

Rubin is correct. Parents are concerned that “exposure to LGBTQ+” propaganda—not “awareness”—will change kids. Using yet more euphemistic language, Rubin admits such “awareness” is changing kids. She admits it “might be making” other people’s kids “more open-minded.” By “open-minded,” Rubin means their minds have been changed. Their minds have been “trans”-formed by transaviors.

The minds of children indoctrinated with leftist assumptions about sexuality are being closed tightly to the beliefs that homoerotic acts, cross-dressing, cross-sex hormone doping, and lopping off healthy breasts and penises are unhealthy and morally wrong acts. Relentless advocacy of leftist beliefs has closed the minds of children to the ideas that all forms of love are not the same, that marriage has an intrinsic nature that laws cannot change, and that children deserve a mother and a father—ideally their own biological mother and father.

Just curious, is Rubin any more open-minded to conservative views of sexuality than conservatives are to leftist views?

Rubin concludes with yet more sophistry:

What precisely does Rubin mean by “inclusion”? She means that leftist views of sexuality must be systemically embraced, affirmed, and implemented in curricula, policies, and practices, which necessarily excludes any child who rejects them.

It may surprise Rubin to know that many conservatives think about children unceasingly. They think about the children whose minds are being malformed, innocence stolen, hearts broken, and bodies poisoned.