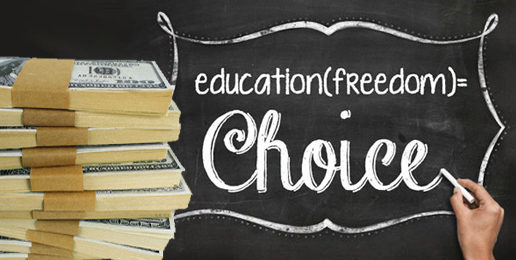 The Supreme Court of the United States (SCOTUS) is slated to hear a case regarding the use of tax-payer dollars for private education. It seems that the more conservative judges will support this concept. Interestingly, although it grows the tax burden and increases government reach not merely over public school, but extends it over private schools as well, Republicans and Christians are two groups that almost always support this kind of legislation / ruling.

Espinoza vs. Montana Department of Revenue centers on the Montana Supreme Court’s decision to end a state program giving students scholarship aid to attend private schools. The court based its decision on the state’s constitutional provision barring government money from going to religious schools. The SCOTUS is scheduled to hear the case in the Summer of 2020.

President Donald Trump and Education Secretary, Betsy DeVos, have both previously expressed their desire to see not only state funds, but federal funds allocated for private school and homeschooling programs. While there is a desire on the part of many conservative taxpayers to see their tax money going to something that would support their own beliefs and values, I suggest we should step back for a moment and look before we leap at the offer of government money.

Here are some questions we should ask:

Whatever is not explicitly directed as a role of the federal government in the U.S. Constitution and Bill of Rights is the responsibility of the individual states. The U.S. Constitution does not make a provision for the federal government to guide, oversee, and direct education. That means that any such decisions need to be handled on a state level. The U.S. Department of Education should be closed. We don’t need it because it isn’t Constitutional.

As Christians, the Bible gives us guidelines of what God expects from the civil government, the church and the family.

First Peter 2 and Romans 13 tell us that God gave the power of the sword to the civil government for them to punish those who do what is evil. They are to protect the God-given rights of the individual, the family, the church, etc. They are not supposed to be involved in raising children. That is an assignment given exclusively to families.

While it surprises many who have never specifically studied the issue, there are no verses in the New Testament where the church is commanded by God to teach children as a segmented group. Children in the early church learned with the rest of the congregation but were never separated out by age or grade for specific instruction. That model is one that churches imported far later (often from the government school system).

Fathers and mothers (and in a couple of places grandparents) are the only people commanded by God in the Bible to teach and instruct children. Parents (with the help and instruction of Biblically qualified church elders and a loving Christian community) are the ones who are ultimately responsible for the education of their own children. While it is not forbidden in Scripture for children to be taught by people other than their parents (in a supplementary role), God does not allow parents to neglect their own duties in this matter.

Even if we can get government funding for private schools or homeschools, do we truly want that? If there is one lesson that should be abundantly clear from history it is that whatever the government funds, it controls. If you want your children to receive an education that is free from leftist bias and propaganda, you are going to need to pay for that education yourself. I have written elsewhere about why I believe tax-funding for private education (especially religious instruction) has strings and should be avoided.

Spending tax dollars for private education not only compromises its own integrity and autonomy, it also increases the already crushing tax burden on working class Americans. Increasing government spending for private schools only makes government bigger, a concept that most conservatives claim to be against. We need to remember that the government doesn’t have any money. It only has what it takes by force from its citizens. Do we really want our private schools being funded by money taken by force from our neighbors who did not choose to give it? Is that the goal of privatized education?

Many Christians are inconsistent with their application of how tax funds could/should be used for private education. When I ask them if they like the idea of tax dollars being used to fund religious instruction in Christian schools, many say they favor it. But when I ask them if they are fine with their tax dollars going to fund Islamic instruction in a Muslim school, they suddenly get quiet, or oppose the idea outright. Fair is fair when it comes to public monies. You can’t encourage the idea of atheists paying for religious instruction for your children in your private schools, and then complain about a Wiccan school, or a transgender private school receiving the same funds.

As conservatives, we should be looking for ways to decrease taxation for all schooling, and support tax incentives for businesses and individuals that allow them to keep their own money in their own pockets. Private education is successful because the private sector is always more efficient than the government. Given the opportunity (and adequate capital), privatized schools will always out-perform (on the average) government-controlled schools. There are many changes that can be made to the tax law that help encourage private education (privately funded savings accounts, tax deductions, etc.) that leave money in the pockets of the citizens/businesses, rather than take them away, and apportion some of it back with strings attached. I’d encourage you to consider strongly that what looks like a carrot dangling at the end of a rope may end up being a noose that kills the freedom of private schools to completely control what they teach.

Victory For First Amendment Rights On Campus
b
a
x
r