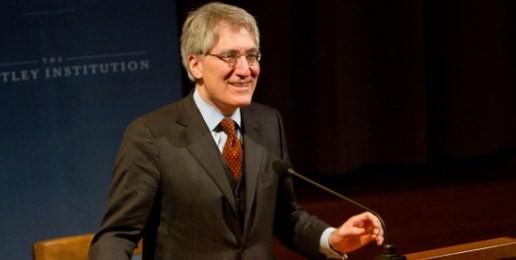 Princeton University law professor Robert P. George posted an alarming warning on his Facebook page recently about a Christian family who received a letter from the administration of their children’s private “classical” school in which parents were told the school would be accommodating the unbiblical desires of a gender-dysphoric student. Further, the school would be inculcating all students with those unbiblical ideas through compulsory exposure to picture books that depict, espouse, and affirm Leftist beliefs. Here is Professor George’s post, which includes the letter he recommends that the parents send to the school:

A Catholic family whose children attend a private “classical” school received a letter from the school principal informing them of steps the school would be taking to accommodate a “gender non-conforming” child and to prevent bullying. The letter made clear that the school’s official policy would be to embrace a “gender” ideology according to which children would be encouraged to explore and affirm “feelings” and “identities” that did not fit “traditional expectations” for the sex “assigned” to the child “at birth.” (As a matter of scientific fact, sex is “assigned” at conception, but lay that aside for now.) All students would be made to “listen” to books, including “My Princess Boy,” which celebrate the beauty of “being who you are.” Then there would be teacher led “conversations” that would “focus on acceptance and inclusion.”

Of course, as a private school, the school is entitled to adopt any policies its board wants on these matters. Parents who do not wish their children to be subjected to catechism classes in liberal sexual ideology can send them elsewhere. Still, the principal seemed to suggest that she wanted faithful Catholic families and members of other traditional faiths to send their children to her school, so I suggested to the parents the following response:

We are the parents of ____________. We are writing to inform you that our son [daughter] is an ideology non-conforming student. He [she] believes in being kind to everyone and we, as parents, strongly reinforce that belief; but as a Catholic and a member of our family he [she] does not accept expressive individualist dogmas concerning sexuality and “gender identity.” We strongly object to any program in which he [she] would be subjected to indoctrination into the belief that a biological male can be a girl or woman or that a biological female can be a boy or man. Our family and our faith reject the neo-gnostic dualism presupposed by this idea. Any attempt to impose it on our child is an assault on our values and his [her] identity.

Ideological indoctrination by school officials or others under the guise of preventing bullying is itself a form of bullying. Because we oppose all bullying, we are instructing our son [daughter] not to yield to it. We respectfully request that he [she] not be subjected to programs designed to cause her to accept “transgenderism” or other dogmas of contemporary liberal secularist ideology. We particularly request that he [she] not be made part of a captive audience that is forced to listen to one side, and one side only, on questions of sexuality and “gender.”

Although we do not want our child to be subjected to indoctrination or “thought reform,” we do want him [her] to be educated. We therefore do not object to him [her] being required to hear moral opinions that differ from his [hers] or ours, so long as the matters at issue are addressed objectively and so long as there is a full and fair presentation of the competing point[s] of view. So, for example, where liberal ideas are presented concerning sexuality and “gender,” we have no objection to our son’s [daughter’s] participating so long as perspectives that are critical of liberal ideology on these subjects are also fully and fairly presented.

If someone were to suggest that children are too young to hear competing points of view or that the presentation of competing points of view would confuse them, our reply is that if they are old and mature enough to be subjected to school-cased instruction concerning sexuality and “gender,” then they are old and mature enough to hear both or all sides, not just one.

I wholeheartedly affirm everything Professor George has said with one exception. I have long urged parents to express this same idea to their school administrations and teachers with regard to middle and high school students. I do not, however, believe that young children should be exposed to any presentations or materials that affirm Leftist assumptions about gender dysphoria (or homosexuality).

That said, I suspect Professor George doesn’t either. When he suggests that it would be acceptable for children to be exposed to objective, full, and fair presentations of both sides of the issue—which would necessarily exclude picture books like My Princess Boy—I suspect he’s calling the administration’s bluff. Professor George surely knows that this school will never present fully, fairly, and objectively both sides of the issue. Further, he anticipates the objection that children are too young to hear competing views and refutes it (otherwise known as “prolepsis”).

Keep this letter to send to your own school administrations if necessary.

Now that churches and younger Christians are abandoning orthodoxy on sexuality, parents must be vigilant and pro-active about what their children’s teachers and school administrators believe and endorse regarding homosexuality, gender dysphoria, and marriage, even if their children attend private Christians schools.

Fast and Pray That Dobbs Will Unravel Roe v. Wade

School Boards Feeling Some Righteous Wrath
b
a
x
r