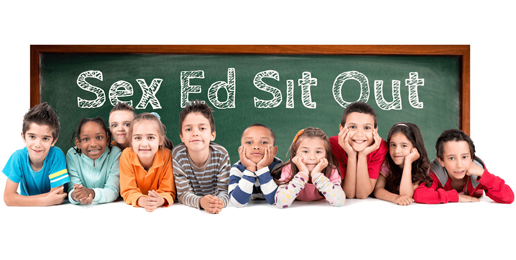 Change does not happen overnight, but bit by bit. And that slow steady change, inch by inch, ushers in new norms which might have been deemed wholly abhorrent if introduced overnight.

Gradual change sears and scars the conscience until the shocking is no longer shocking, but tolerated and barely noticed.

Our culture began it’s slouch toward Gomorrah decades ago: our corporate conscience severed from the tether of biblical mores year by year.

Good people in America have been living good and godly lives, raising their children, paying their taxes, going to church and contributing to their towns and communities. Too many Americans, blissfully ignorant of the radical, evil changes taking place, now face unfathomable perversity where they live.

It’s past time to wake up and do something.

Consider the word of the Apostle Paul to the Romans (emphasis mine):

18 The wrath of God is being revealed from heaven against all the godlessness and wickedness of people, who suppress the truth by their wickedness, 19 since what may be known about God is plain to them, because God has made it plain to them. 20 For since the creation of the world God’s invisible qualities—his eternal power and divine nature—have been clearly seen, being understood from what has been made, so that people are without excuse.

21 For although they knew God, they neither glorified him as God nor gave thanks to him, but their thinking became futile and their foolish hearts were darkened.22 Although they claimed to be wise, they became fools 23 and exchanged the glory of the immortal God for images made to look like a mortal human being and birds and animals and reptiles.

24 Therefore God gave them over in the sinful desires of their hearts to sexual impurity for the degrading of their bodies with one another.25 They exchanged the truth about God for a lie, and worshiped and served created things rather than the Creator—who is forever praised. Amen.

26 Because of this, God gave them over to shameful lusts. Even their women exchanged natural sexual relations for unnatural ones. 27 In the same way the men also abandoned natural relations with women and were inflamed with lust for one another. Men committed shameful acts with other men, and received in themselves the due penalty for their error.

28 Furthermore, just as they did not think it worthwhile to retain the knowledge of God, so God gave them over to a depraved mind, so that they do what ought not to be done. 29They have become filled with every kind of wickedness, evil, greed and depravity. They are full of envy, murder, strife, deceit and malice. They are gossips, 30 slanderers, God-haters, insolent, arrogant and boastful; they invent ways of doing evil; they disobey their parents; 31 they have no understanding, no fidelity, no love, no mercy. (Romans 1:18-31)

Indeed, we are living in a Romans 1 world.

And a huge, publicly funded purveyor of “every kind of wickedness,” Planned Parenthood, is not content to murder over 300,000 preborn babies each and every year. The evil organization has now partnered with another radical group, the Human Rights Campaign (HRC) — a virulently pro-homosexual organization, to force “comprehensive sex education” on every public school in every state.

In 2015 hints were given that this perverse program was in the works:

The Planned Parenthood Federation of America (PPFA) and the Human Rights Campaign Foundation announced plans this month to launch a coordinated campaign to bring LGBTQ-inclusive sex education to queer youth across the country. These efforts are likely to include digital resources for LGBTQ youth, LGBTQ-inclusive curriculum plans, and efforts to kick start renewed national conversations on the value of sex education that reflects the needs of all young people.

The program called “Get Real” has been in the development for years, long before 2015.

Over fifty years ago, in 1964, the medical director for Planned Parenthood Federation of America, Dr. Mary Calderone, founded the “Sexuality Information and Education Council of the United States” (SIECUS). Whenever you see or hear the name SIECUS beware.

What were the goals of SIECUS?

Now, over half a century later, Planned Parenthood’s brainchild, “Get Real” is in the schools. This “comprehensive sex education” course includes all manner of breath-taking activities.

That descriptive paragraph should stun the sensibilities of any parent, any adult, with a modicum of integrity and sound conscience. But there’s more.

Live Action, the pro-life organization founded by Lila Rose, captured video of a Planned Parenthood worker advising a fifteen year old girl on where to find good information on experimenting with sex in every perverted permutation, including (prepare yourself to be shocked) “bondage/sadomasochism, including gagging, whipping, defecation, emulating pornography, and going to sex stores to ‘get educated.’ ”

The Human Rights Campaign, if your are unfamiliar, claims to be the “largest national lesbian, gay, bisexual, transgender and queer civil rights organization, HRC envisions a world where LGBTQ people are ensured of their basic equal rights, and can be open, honest and safe at home, at work and in the community.”

Reality check: every American is “created equal and endowed by their Creator with the unalienable rights of life, liberty, and the pursuit of happiness.” The HRC goal is NOT the equality we share as created beings, but rather endorsement of any and all sexual perversions as normal. To that end, the HRC intends to indoctrinate children from the age of 5 with information that, in previous decades, would have been considered unthinkable.

Again, we are living in a Romans 1 world.

Further, after decades of saturation with more comprehensive and more repugnant “sex ed” programs, the Centers for Disease Control (CDC) reported in 2017 that sexually transmitted diseases were at an all time high.

So from the advent of Planned Parenthood (founded by infamous eugenicist and racist, Margaret Sanger) and the inception of SIECUS, to the collaboration of sexual deviance advocate organization, HRC, “comprehensive sex ed” has come a long, long way and is intended to taint America’s children and herd them on a broad path to individual and societal destruction.

Parents across the nation are awakening, the result being the #SexEdSitOut movement, with kids being pulled out of public school on Monday, April 23.

Take ACTION:  There is also a correlated “Declaration” to sign which says, in part:

We, as concerned parents and community members, are sick of the sexualization of our children! We say NO to graphic, gender-bending, promiscuity-promoting sex education for our kids.

We will not stand for our tax money being used to promote sexual liberation, deviance, and gender confusion to our precious kids. In protest, we stand together with those parents pulling their children out of public school on April 23rd for the sex ed sit out.

But conservatives and Christians across this nation must do more that sit out one day: parents and others must demand that public money, taxpayer money, not be used for such abhorrent instruction in the government schools.

Each family must decide to take a stand to protect their children, even if that means ultimately removing students from public schools permanently.

As for Planned Parenthood, HRC and SIECUS?

Luke warns, “It were better for him that a millstone were hanged about his neck, and he cast into the sea, than that he should offend one of these little ones.” 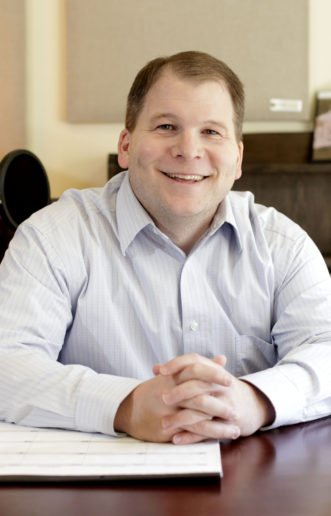