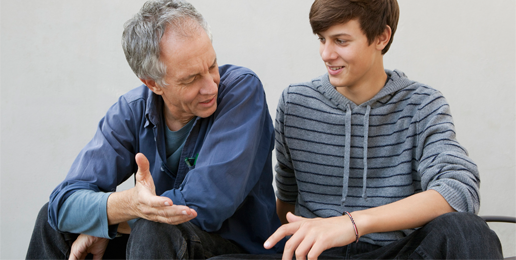 There’s a battle raging right now over sex education, and our kids are in the line of fire.“Your teacher told you what?” These are the first words of too many parents when they discover what their teens and pre-teens are learning in health class. Happily for Ashley Bever, the mother of an 11-year-old in San Diego public schools, she found out before class started.The curriculum was called “Rights, Respect, Responsibility,” and it was put together by a group called Advocates for Youth, which unsurprisingly, is affiliated with Planned Parenthood.Among other things, this course uses non-gender-specific pronouns, taught students that they can be attracted to any gender, and described in vivid detail sexual practices I cannot mention on air.

Worse still, this course informed middle-schoolers that they can self-refer to a clinic “like Planned Parenthood” without telling their parents, and warned that abstinence education websites lie.

This is the new face of what’s called “comprehensive sex education.” As Emily Belz explained at WORLD Magazine, it’s not just a problem for ultra-liberal school districts in California. Progressive and LGBT organizations are pushing to implement such standards nationwide. By “comprehensive,” it seems these groups mean curriculum that actively encourages sexual experimentation among teens.

School districts around the country are locked in a battle between groups that prioritize abstinence as the only 100-percent effective method of protection, and groups that teach casual sex, gender ideology, and abortion. “Sex ed curriculum,” Belz explains, “is often determined through a battle of PowerPoint presentations at the school board meeting.” Frequently, all it takes is one vote to transform your child’s school from a place of education to a place of sexual indoctrination.

In response to all of this, some churches are stepping up and offering alternative sex education that’s consistent with a Christian ethic and worldview. That is great, and I applaud the pastors doing it. They have a vital role to play in “equipping the saints for the work of ministry.”

But we should also recognize that sex ed is not primarily the church’s job. As Abraham Kuyper might have put it, the church is only having to step in because the sphere that’s most responsible for rearing children is failing. And that sphere is the family. It’s here we learn to walk, to talk, and what love means. It’s also here that kids should be learning what it means to be male and female, and what God’s intention was when He created image-bearers in two sexes.

So we parents have to do the thing we dread: give our kids “the talk,” (which should really be “talks”—many of them, over several years). In the process, we have to avoid the mistake common to virtually all modern sex education, even some well-intentioned, abstinence-first programs. When teens are taught about sex, what they usually hear is a list of dos and don’ts. They learn about “the birds and the bees.” But they seldom learn what sex is for.

As T. S. Elliot said, before we decide what to do with something we need to know what it’s for. And that’s what good sex education—real sex education—must do.

As parents, we’re responsible to teach our kids more than how not to get pregnant. We’re charged with teaching them God’s design for marriage, procreation, human flourishing and community, and how all of this reflects Christ, the Church, and the central place of love in creation. It’s in these truths that parents must ground their children’s understanding of sexuality. And it’s in these truths that they’ll find the arguments and will power to stand up to “comprehensive sex ed” and the culture behind it.

As Eric has encouraged, helping our kids understand God’s design for sex is the best sex education of all. And it’s grounded in wisdom and truth. For help with “the talk(s)”, check out the resources linked below.

This article was originally published at Breakpoint.org