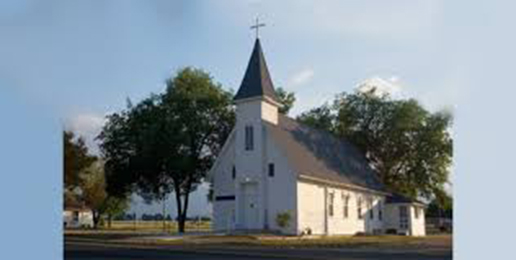 “If I could choose one more course for ministry training and preparation, it would be ‘Courageous Leadership’,” says Thom Rainer in a recent Christian Post article.

Rainer, president and CEO of LifeWay Christian Resources of the Southern Baptist Convention, says that many challenges pastors and churches face now “can only be understood in the context of spiritual warfare” for which many church leaders are “ill-prepared.”

On the other hand, “many younger leaders within the church have grown tired of culture wars and a politicized Christianity,” writes Ray Nothstine in a Christian Post review of Onward: Engaging the Culture Without Losing the Gospel, by another Southern Baptist leader, Russell Moore.

Nevertheless, Thom Rainer says “Courageous Leadership” should be taught because of the “dramatic shifts in culture, most of them adversarial to biblical Christianity.”

Some churches under the pressures of social upheaval do indeed “grow tired” and withdraw from cultural and political engagement. They claim their relationship to society is to be almost exclusively pastoral, nurturing those who come “in”. To go “out” in confronting cultural tides “adversarial to biblical Christianity” through the prophetic ministry is not part of the self-assumed identity of such churches. They often seclude themselves in pietistic fortresses.

John Milton’s words, in Areopagitica, come to mind: “I cannot praise a fugitive and cloistered virtue, unexercised and unbreathed, that never sallies out and sees her adversary, but slinks out of the race where that immortal garland is to be run for, not without dust and heap.”

Prophetic ministry is the “dusty heap” of Elijah confronting the prophets of Baal, the institutional guardians of Jezebel’s palace. The prophetic church is an Amos or Jeremiah in its culture, overcoming its timidity, addressing governing powers and people alike with tear-soaked truth.

Contemporary society’s craziness calls for much pastoral ministry, but not to the exclusion of the prophetic voice. If Rainer is right — and he is — what modern society needs from the Church is the hard facts about values, and the biblically revealed Judeo-Christian worldview that establishes orderly, peaceful, free and prosperous societies.

Why, then, do many churches shrink from confronting cultural and social institutions and their powers, including the political sphere?

A look at six types of relatively non-engaging churches, gives some clues:

The Marginalized Church — This is the church that accepts marginalization by the culture and its institutions. In fact, such a church desires to be marginalized because it is then off the hook and can avoid threats to it’s cloistered pietism.

The Muzzled Church — Such churches muzzle themselves in the face of an adversarial culture to protect their own institutional survival and societal benefits. They tailor-make a non-confrontational theology.

The Myopic Church — This is the church that simply does not understand the expanse of Christ’s Kingdom. It focuses mainly on the eschatological hope and engages little with existential need. Such a church would not understand Abraham Kuyper’s observation that “there is not a square inch in the whole domain of our human existence over which Christ, who is Sovereign over all, does not cry, ‘Mine!”

The Mouthpiece Church — These are churches that buy into the values of popular culture, viewing it as more authoritative than the Bible itself. One thinks of the official German Church under Hitler, resisted by Bonhoeffer and his allies, as well as much of the American southern church during slavery who wrenched the Bible into grotesque shapes to justify its culture, as well as churches today that hop on every cultural bandwagon that passes it by.

The Me-Church — The me-centered consumerist church relishes prophecy as long as it forecasts health, wealth, happiness and well-being. It rarely confronts people and institutions with the prophetic call to biblical values and repentance because this disrupts its comfort.

The Me-Too Church — This is the “stylistic” church that looks at the culture, and says, “me-too!” It is the church whose pastors shock with gutter-words from contemporary lingo, whose “worship” is primarily performance characterized by unsingable, theologically starved, but very professional music. This church’s identity is more in the culture than in Christ, and so it finds very little in the world to confront.

The contemporary battle for the world’s soul and survival is spiritual and theological. The struggle for the West and Judeo-Christian Civilization is a battle for values. To sever America’s founding principles from the biblical stream from which they emerged separates the contemporary nation from its very history.

I admit this is personal for me. Had it not been for church leaders who dared to work both pastorally and prophetically in the political sphere where I labored forty years ago I might not be writing these lines or working in a church today.

I am glad Christian leaders in Washington challenged the values both of the 1970s culture and the delusions of Washington and its institutions of power. They had a transforming impact on a starry-eyed junior aide trying to hold on to his critical capacities midst the pressures of the Nixon White House.

None of those leaders had given up on the culture wars. They refused to stop reminding society of the need for recovering values that created a nation that gave freedom to the church and prosperity for its global mission. They pastored me but they also blasted me with prophetic truth.

The church now must do the full work of “shepherding” — both feeding and nurturing the flock pastorally, and warning and guiding prophetically.

This is no time to give in to our weariness with engagement with the culture — including the political sphere.

This article was originally posted on ChristianPost.com