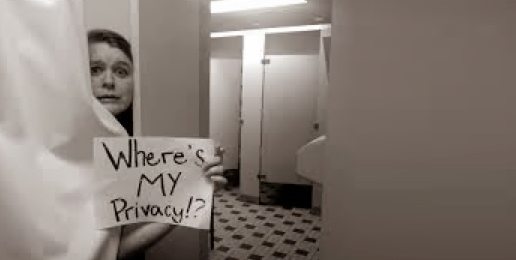 Prior requirements that these boys change in private changing areas will be rescinded. In an email sent to parents on Thursday, Sept. 12, Cates referred to boys and girls in tortured, hilarious, politically correct language, calling them “adolescents with different anatomy.” I kid you not. He said that.

[U]nderstanding and acceptance of transgender identity have advanced—societally and in our immediate communities—for the better. In our district and countless others, students, families and staff honor, respect and celebrate all manifestations of the human condition. (emphasis added)

Did an educated man really say that? Does he celebrate all manifestations of the human condition? How about racism, disease, intergenerational love, Genetic Sexual Attraction, polyamory, infantilism, sadomasochism, and zoophilia?

Cates has explicitly and unequivocally announced that the district has embraced a radical set of Leftist ideological assumptions created and advanced by the “trans” cult, without providing a persuasive reason why private space usage should correspond to subjective and often fluid “gender identity” as opposed to objective immutable biological sex. Nor has he shared his view on which locker rooms “gender fluid” students use.

Someone should ask Cates this question: Is it legitimate, valid, sound, reasonable, and good for girls not to want to share private spaces with opposite-sex persons? If it is, then what difference should it make to girls if opposite-sex persons wish they were girls? If it’s not legitimate, valid, sound, reasonable, or good, then why have any sex-segregated private spaces?

Since “gender identity” is subjective and internal, how do, for example, boys who “identify” as girls know the “gender identities” of the students in the boys’ and girls’ locker rooms? Let’s try this thought experiment: If most of the boys in the boys’ locker room at a particular school were to identify internally as girls and most of the girls were to identify internally as boys, which locker room should boys who impersonate girls use and why? It’s likely Leftists would answer that they should use whichever private spaces they want. And that, my friends, is where this is headed: The end game is the eradication of public recognition of biological sex everywhere for everyone, which means no private spaces anywhere for anyone.

Cates has either become a true believer in the “trans”-cultic mythology or he has sacrificed his principles and integrity on the altar to the almighty god of the greenback. Faced with a lawsuit against the district by a boy who pretends to be a girl, perhaps Cates—a graduate of the University of Notre Dame—would rather sacrifice science and the privacy and modesty of girls and boys than either district money or his job.

A man of courage, principle, and integrity would resign before adopting a policy that implicitly teaches that opposition to sharing locker rooms with opposite sex peers is ignorant, bigoted, and hateful.

A decent and wise leader would know that it’s wrong to put normal children in the awkward position of having to ask for special accommodations because they don’t want to change clothes or go to the bathroom in the presence of opposite-sex peers.

A decent and wise leader would know that such a pernicious policy will desensitize children and teens to engaging in private acts in the presence of opposite-sex peers, thereby undermining what is left of respect for the necessary virtue of modesty.

I’ve had “progressive” parents tell me that their daughters are fine undressing in the presence of “trans”-identifying male peers. These parents are happy about their daughters’ socially constructed, unnatural feelings. They—like Cates—view the belief that biological sex has no meaning relative to modesty and privacy as social and moral progress. Compassion—in their distorted worldview—demands we pretend maleness and femaleness have nothing to do with biological sex.

Ironically, while rejecting the importance of biological sex, which wholly determined by biochemistry, “progressives” believe that if biochemistry influences the desire to be the opposite sex, such desires are supremely important and morally legitimate to act upon. But do they apply that principle consistently? If biochemistry influences the desire to be an amputee (i.e., Body Integrity Identity Disorder), should we allow students to socially transition at school? Should schools allow anatomically whole students who identify as amputees to use handicap parking spaces, use a wheelchair in school, and be given extra passing-period time?

Since we know that biochemistry can be disordered and influence both thoughts and feelings, how do “trans” cultists know that when there is a mismatch or incongruity between their biological sex and their “gender identity” (i.e., their subjective, internal sense of their maleness, femaleness, both, or neither) the error resides in their bodies rather than their minds?

How many dads and moms will show up to publicly and courageously oppose this feckless policy proposal? How many staff or faculty charged with supervising locker rooms will oppose supervising students of the opposite sex who are undressing?

District 211 encompasses a large geographic area in which there are many churches. It will be interesting to see if any pastors—who are citizens that enjoy the privilege of self-government and whose congregations include children in this district—will turn out to oppose the sexual integration of locker rooms. (Don’t hold your breath.)

Conservatives, get your kids out of government schools now. No child should be trained up by foolish, cowardly adults who refer to boys and girls as “adolescents with different anatomy” and let them undress together. Trust me, no matter what empty blather “progressive” government school administrators and faculty members spew about respecting diversity and “all manifestations of the human condition,” they don’t like conservatives or want them around—especially conservative Christians, you know, the “haters.”

Butchering Bodies of Suffering Young People
b
a
x
r