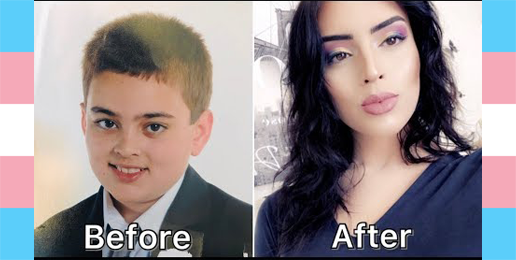 To be clear from the outset of this article, when I refer to the evil of “trans”-cultism, I am referring to its beliefs and practices—not to people suffering from gender dysphoria or confused by the cultural lies they encounter daily.

Everyone is harmed by “trans”-cultic beliefs and practices—girls, women, boys, and men. Those in bondage to the cult and those outside of the cult are harmed. Adults in bondage to confusion and sexual fetishes are eradicating all sex-segregated private spaces; undermining First Amendment protections of assembly, speech, and religious free exercise; corrupting every cultural institution, including education, medicine, religion, sports, and the arts; putting girls and women at risk of assault by men who pretend to be “trans”; and sowing confusion among children, teens, and young adults.

As with all forms of evil, the most vulnerable—those least able to protect themselves—suffer most. The “trans”-cult allied with a host of profiteers, including semi-celebrity butchers who self-identify as doctors, are experimenting on the bodies of children and young adults with ghastly, barbaric results. No one should avert their gaze from the evidence of this butchery. 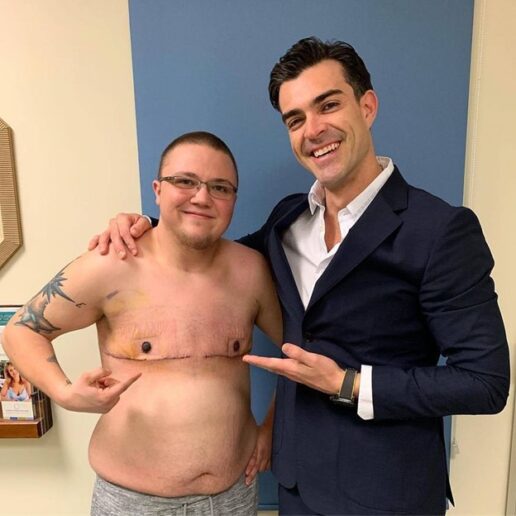 Here’s the shameless, narcissist Dr. McEvenue gleefully posing for photos with the ghastly evidence of his crime: 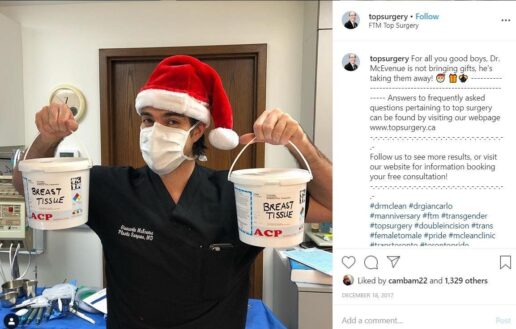 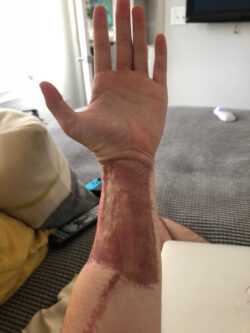 Phalloplasty is a complex surgical procedure with significant risks that you must understand before it is carried out. Phalloplasty usually causes significant scarring due to skin grafting (usually on the lower arm). Complications are also common in this operation, particularly problems with urinating which may require surgical correction, including urethral strictures and fistulae (urethra closing up so you cannot urinate).

These Mengelian butchers castrate young men, using scrotums to create fake vulvas, and scooping the inside tissue out of penises which they turn inside out to create fake vaginas through a new opening they dig out between rectums and urethras. Male bodies will forever view these openings as the wounds they are and try to close them up, so men must manually open them through the weekly insertion of silicone dilators.

Oh, but they’re not done. As it turns out, men’s and women’s bodies are very different. So, surgeons remodel men’s chests, chins, Adam’s apples, vocal cords, foreheads, and facial orbital bones in a quest to create believable flesh and bone costumes that can deceive women whose private spaces they hope to invade and even potential romantic partners.

In days gone by, these mutilating surgeries were called “sex change” surgeries, but then “trans”-cultists were forced to acknowledge that a person’s sex can never change. So, like all propagandists, they reached deep into their magic sophistry hat and pulled out “gender confirmation” surgery.

Those with a condition called Body Integrity Identity Disorder (BIID) experience incongruity between their subjective, internal sense of themselves as amputees and their objectively whole bodies. Some even engage in self-harm to rid themselves of the body part they detest. In a Healthline article on BIID, well-known bioethicist Arthur Caplan says,

“I think doctors and psychologists cannot set up to maim somebody or harm them. You’ve got to try to get them to treatment, I don’t care whether they appear competent or not,” he said.

A doctor who carried out a theoretically unnecessary amputation in order to prevent his or her patient from doing it themselves with potentially fatal results would fall outside of the widely accepted scope of medically ethical practice, Caplan said.

“There are a lot of conditions like anorexia where there’s a core of people who just don’t respond [to treatment],” he said “You don’t give up, you keep trying. That’s all you can do. You don’t indulge it.”

And yet an entire lucrative “trans” industrial complex has emerged composed of all sorts of morally deficient collaborators to indulge the disordered desires of cross-sex identifying persons.

Surgeons, endocrinologists, pharmaceutical companies that sell puberty-blockers and cross-sex hormones, hospitals with “gender” clinics, academicians who research and promote “trans”-cultic beliefs and practices, counselors, diversity and inclusion “educators,” and entrepreneurs who make accessories to enable girls and boys to conceal their sexual anatomy all profit handsomely from “trans”-cultism and, therefore, are incentivized to keep bodily confusion and  despair alive.

It is unlikely that this “trans” scourge will end soon. Not only are countless men and women profiting from harming young people, but sexual deviants with billions of dollars are promoting the “trans” movement. As they pursue their unholy quest to “trans”-form America, their venomous tentacles reach deeply into medicine, academia, and politics.

The “LGBTQ” activist organization, the Human Rights Campaign, estimates that there are now over 50 clinical “care” programs in the United States for “gender-expansive children and adolescents.” Young women and men who can’t afford disfiguring surgeries can apply for grants or beg for money via GoFundMe. There is no shortage of people who will pay to disfigure others in the service of an alchemical superstition.

And some say Satan isn’t real🙄.

Every conservative and every theologically orthodox Christian must come to grips with “trans”-cultism. It is an evil in our midst that is harming everyone, and many Christians are failing to respond as Christ-followers should. Reasons for that failure are confusion, cowardice, and lack of information. Many Christians do not know enough to grasp fully how evil and destructive the “trans”-cult is. I hope this article may in some small way contribute to the awakening that must happen.