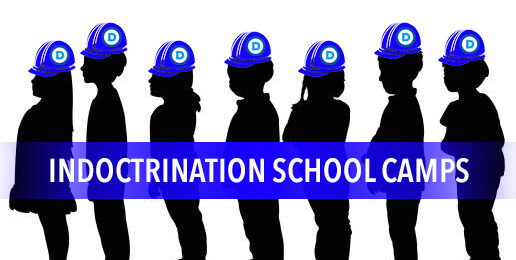 Government school “education” in Illinois has dropped to a staggering new low, according to an article by Tony Perkins, president of the Family Research Council. “In the competition for ‘wokest school system of all,’ Illinois just might be the winner. But be warned, parents in the other 49 states, it’s coming for you too.”

National Review also has an article on these new “standards,” and the headline reads, “Ultra-Woke Illinois Mandates Are Top Threat to U.S. Education.”

IFI first alerted our subscribers to this alarming proposal back in mid-November.

On February 16, the Joint Committee on Administrative Rules (JCAR) will make the final decision on whether or not to pass new teacher standards that will mandate teachers to “embrace and encourage progressive viewpoints and perspectives,” and so much more.

The Illinois Culturally Responsive Teaching and Leading Standards will turn Illinois schools into political indoctrination camps and only progressive viewpoints will be taught. Their goal is to change the hearts and minds of your children.

“Whiteness” is a huge problem, according to this article from EdPrepMatters, a liberal publication of the progressive American Association for Teacher Education. They boldly assert that it is “embedded in many so-called traditional values in the U.S.” and must be addressed and eradicated.

Another problem that needs to be corrected in your child’s mind is the problem “progressives” have with conservatism. The article goes on to state,

“some conservatives in the U.S. either lack a complex understanding of key terms and ideas (critical thinking, capitalism, socialism, communism, social justice, multiculturalism, etc.) or are willfully misrepresenting these concepts for political gain.”

And it does not end there. Propaganda promoting “systems of oppression,” “sex and gender, gender identity, sexual orientation, racism, sexism, homophobia, unearned privilege,” will be taught and reinforced through K-12 because, according to Illinois State Board of Education spokesperson Jackie Matthews, “Culturally responsive practices are especial in better supporting Illinois’ LGBTQ+ youth.”

And there you have it.

Parents, your children are at great risk. Covert efforts to undermine Judeo-Christian values and principle have been going on for decades, but they are now out-in-the-open and quickly becoming the core curriculum. Pulling your children out of these government indoctrination camps is imperative. God will bless your efforts and both your children’s and our country’s futures depend on it.

Take ACTION: It is vital that the members of the Joint Committee on Administrative Rules (JCAR) hear from all Illinois taxpayers. Please click HERE to send a message to this committee urging them to vote against any proposal that would mandate all Illinois teachers be indoctrinated with left-leaning “woke” beliefs.

More ACTION: Here is a list of all the members of JCAR, and their individual contact information. It is imperative that we respectfully contact these state lawmakers to urge them to reject these new divisive “standards” by the ISBE.

Please consider a gift to the Illinois Family Institute.