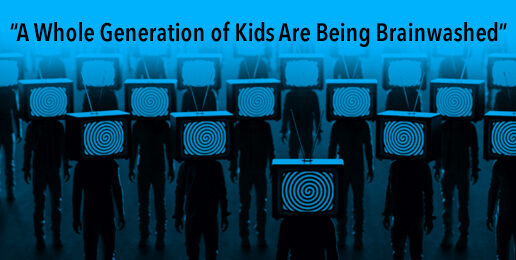 “Train up a child the way he should go;
even when he is old, he will not depart from it.”
Proverbs 22:6

As I have witnessed my friends growing up, I have noticed them begin to stray away from the love of God and into the secular worldview that public schools push upon their students. These are lifelong friends that come from Christian families, yet they still buy into the lies propagated by public schools, as the tactics they use to lure people away from God are powerful and manipulative. There is a myriad of reasons to send your child to a Christian school, but the following reasons are the most important, in my opinion, since they are what I see affecting my friends and other children in this country the most.

When I was in fifth grade, my school had “the talk” which consisted of teaching us about puberty and what to expect when growing up. They taught us the absolute basics and taught it from a Christian point of view. In freshman year, they taught us about the birds and the bees, respect, and abstinence, which most of us already knew from our parents anyway. Our teachers made sure to emphasize that abstinence was the best approach since the risks of sex would be completely gone and, most importantly, it is what the Bible commands us to do. This was a great way to introduce students to such a sensitive topic; however, public schools do not teach students about these topics nearly as well.

While my Christian school emphasized abstinence, many public schools may acknowledge it, but they do not emphasize it nearly as much. Most public schools have the mindset that “kids will do it anyway,” so they might as well be safe while engaging in sexual acts. I have been told by my friends that some notable lessons included one where they each had to do an oral presentation on STDs, and one where they were required to practice putting a condom on a banana (no, this is not a joke). Christian schools know better than to think this way. They know that everyone has free will in whether they will sin, and that everyone has the capability to resist sin. As a result, public schools’ methods of teaching sex education to children downplay how major sex is and make it seem as if it is no big deal. This desensitizes children to a sensitive and important issue. You may believe your child will not fall into such traps because your child is not weak in his or her faith and you have raised them well.

The truth is that the tactics public schools use to desensitize children to things of a sexual nature are powerful and manipulative. When you talk about a topic frequently, and talk about it casually, people will become desensitized to it. This desensitization is exactly what is happening now in public schools. More recently, the radical LGBTQ agenda has made its way into health class as well, opening up a whole new can of worms.

Teachers and Overall Culture at School

Another factor to consider when choosing between a public or Christian school is what the culture of the school will be like. While every school has a different culture, the Christian school is obviously going to have a more Christian culture. For example, in a public school, students may think that you are the “weird Christian kid” who goes to church, while at a Christian school being a Christian is the default and going to church is looked at as a normal practice. Although this is not always the case, Christian schools will most likely have more well-behaved students since people are paying to go there, and there usually is an interview or background check before admittance. But most importantly, most of the students at a Christian school, if not all the students, are Christian and this means that they will more likely follow the morals of Christianity and be good influences on one another. The culture of a school is important because it is the culture in which your child will spend a lot of their time, and that culture will influence how they act, for better or for worse.

There are numerous other issues with public schools that I did not mention, such as Critical Race Theory and LGBTQ history classes, that would be problematic for Christian families. Since I cannot address them all in this article, I picked the reasons that I think are the most important and the issues that I have seen affect my friends. I know it can be difficult financially to send a child to a Christian school, but if you are able, it is something you should consider. It saddens me to think that nearly a whole generation of children are being brainwashed by what they are taught at school. Public schools are leading students away from the faith, but this is no reason to lose hope. There are things that can be done to change this, such as sending students to Christian schools, homeschooling, and maybe even running for a position on a local school board. However, the longer we wait, the harder it will be to implement change, until, perhaps, it becomes too late.

Evan O’Bryan is a high school senior and aspiring political influencer who has been raised in the faith and Christian education since preschool. He is a staunch supporter of Christianity, the MAGA movement, and Conservative ideology. He enjoys challenging the mainstream liberal narrative with those who haven’t yet reached the truth. 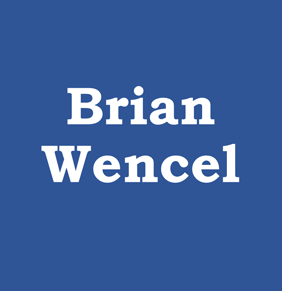