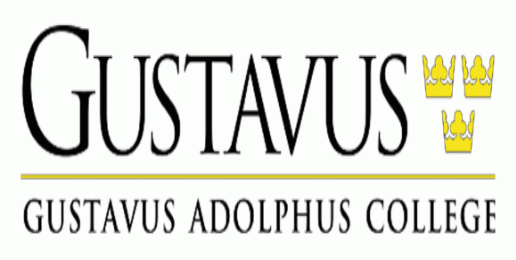 Two videos of a freshmen orientation presentation at Gustavus Adolphus College, a small Lutheran College in St. Peter, Minnesota, have come to light that expose the repugnant ideas and images that college students at a purportedly Christian college think are funny. I have a personal connection to this story: One of my daughters graduated from Gustavus six years ago.

We learned from her four years there that Gustavus is Christian in name only. In response to these videos, my daughter wrote this to me:

I suppose this should come as no surprise from a college that invited a transgender speaker to give the daily chapel message during National Coming Out Week over six years ago and that celebrates and affirms such behavior without even an acknowledgment that they are departing from a biblical understanding of sexuality.

The climate at Gustavus was predominantly secular in the classroom, in dorm life, and on sports teams with only the empty trappings of Christian tradition hanging on in the form of daily chapel services led by a chaplain who affirmed sexual deviance and other such “spiritual” activities.

The first video begins with a couple having sex in their dorm room (complete with sound effects) and joking about putting a hat on the door to warn the boy’s roommate to stay out — for the fourth time in one week.

Here are the dramatis personae of the next skit with which upperclassmen welcomed freshmen:

When this offensive and idiotic skit concludes, all the characters appear on stage to announce, “We’re the Sex Pistols. Welcome, Class of 2014!”

The second video begins with this whimsical rhyme: “Follow along and listen quite clear to learn of the wonderful world of the queer.” It again features ignorant, irresponsible upperclassmen, this time defining the terms lesbian, gay, pansexual, bi-curious, bisexual, transgender and transsexual for freshmen, explaining, for example, that lesbian women “make love quite beautifully,” and that the term “bi-curious” refers to “testin’ the waters, seein’ what’s attractive.” (This should help dispel the lie promoted by homosexualists that “sexual orientation” is biologically determined and fixed.)

Next a boy waxes romantic about his male lover and a girl proclaims, “I happen to be a lesbian — a big one. And my, oh my, I love it. All the women, the flowy hair, the sweet perfume, mmm, mmm. I like sex. I love sex.”

This spectacle — I mean, event — took place in an auditorium and was apparently on the college calendar, which means the students must have received administrative permission. Here are just a few questions I would pose to Gustavus administrators and trustees:

Gustavus Adolphus College is a church-related, residential liberal arts college firmly rooted in its Swedish and Lutheran heritage…. The College strives to balance educational tradition with innovation and to foster the development of values as an integral part of intellectual growth…. The College aspires to be a community of persons from diverse backgrounds who respect and affirm the dignity of all people. It is a community where a mature understanding of the Christian faith and lives of service are nurtured and students are encouraged to work toward a just and peaceful world.

Therefore God gave them up in the lusts of their hearts to impurity, to the dishonoring of their bodies among themselves, because they exchanged the truth about God for a lie and worshiped and served the creature rather than the Creator, who is blessed forever! Amen.

For this reason God gave them up to dishonorable passions. For their women exchanged natural relations for those that are contrary to nature; and the men likewise gave up natural relations with women and were consumed with passion for one another, men committing shameless acts with men and receiving in themselves the due penalty for their error.

And since they did not see fit to acknowledge God, God gave them up to a debased mind to do what ought not to be done. They were filled with all manner of unrighteousness, evil, covetousness, malice. They are full of envy, murder, strife, deceit, maliciousness. They are gossips, slanderers, haters of God, insolent, haughty, boastful, inventors of evil, disobedient to parents, foolish, faithless, heartless, ruthless. Though they know God’s decree that those who practice such things deserve to die, they not only do them but give approval to those who practice them. (Rom. 1:24-32)

Perhaps the key to this moral miasma can be found in the concluding soliloquy in which a boy says the following:

I have a fire inside me: a burning passion and a love for something beyond myself — a very real, yet intangible beauty that permeates every cell in my body. It’s my atheism.

Once fidelity to Scripture and submission to Christ take a back seat to satiation of human desire and reliance on human “wisdom,” sin prevails.

On more than one occasion, during my daughter’s freshman year — a decade ago — she had to sleep on a beanbag chair in a friend’s room because her roommate’s boyfriend was “sleeping over.” Since co-ed sleepovers violated dorm rules, and since we didn’t pay room and board fees so that my daughter could sleep in a beanbag chair, I suggested she talk to her resident assistant. My daughter’s response: “There’s no point: my RA has her boyfriend sleep over.”

Gustavus administrators and trustees should either make some dramatic changes in the Gustavus climate or strip from its mission statement any references to values, dignity, Christian faith, and its Lutheran heritage.

If you have any connection toGustavusAdolphusCollege, especially to parents who may be considering sending their children there and to alumni donors, please pass this article on to them.