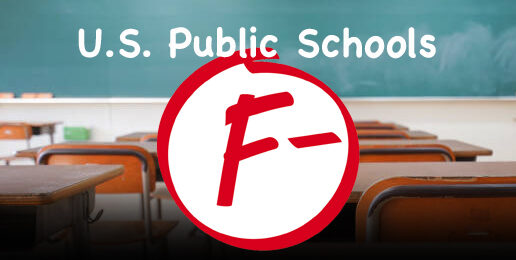 In an excellent essay by journalist, Alex Newman published on January 5, 2022, entitled, Illinois Public Schools Battle Plague of Violence, Sexual Abuse, the author points out the deplorable scandal of children being physically and sexually abused in Illinois’ public schools. Another similar article ran on January 14, 2022.

The sexual abuse of children has been happening in Chicago’s public schools for years. Consider the Chicago Public School scandal that was exposed by the Chicago Tribune and others in August 2018. There were thousands of reports of sexual harassment (including many sexual assaults against children by school staff), in just one school year, in one city! Not only were there thousands of reports made to the Department of Child & Family Services (DCFS) of students suffering sexual harassment and abuse from other students and school faculty, during school hours, on public school property, but it was revealed DCFS didn’t even follow up on most of the reports (claiming they were understaffed and underfunded).

That certainly does not fit the narrative the media wants parents to believe: That public schools are safe havens against all child abuse. In fact, liberals often suggest that homeschooled students are at serious risk for abuse because they have no public school officials to watch over them and keep them safe.

They use this argument despite conclusive research that demonstrates that (1) there is absolutely no connection between the degree of state regulation of homeschooling and abuse of children, AND (2) the fact that students who are homeschooled are actually 257% LESS likely to be sexually abused than students who are in public schools! It truly baffles the mind that people want more regulation of homeschooling when it neither improves academic performance nor provides any additional protection for students.

According to the Chicago Tribune:

“The report describes how understaffed and underfunded CPS investigators struggled to process reports of potential sexual harassment, notifications sent to the Department of Children and Family Services, employee misconduct allegations and altercations between students and staff – thousands of reports during the 2016-17 school year alone.”

If we are to suppose this is the true state of DCFS, it would be the height of lunacy to suggest, as some liberal lawmakers have, that there should be mandatory home visits for all children who are not in a brick-and-mortar school to ensure they are not being abused. And suppose the state happened to find a situation here or there where some sort of abuse was occurring; what remedy would they seek? Sending them to a brick and mortar public school where abuse rates are the highest of all! These witch hunts against parents simply seek to deflect attention away from the greatest source of child sexual abuse, the public schools themselves, and divert resources from investigating the public schools where the majority of the physical and sexual abuse of these children is taking place.

When lawmakers and members of the media make these arguments, they reveal their bias: That parents cannot be trusted and government employees can. There are absolutely zero studies that support such a statist notion. To be clear, we are against all forms of child abuse and condemn it whenever and wherever it occurs. Sadly, abuse of children happens in every single sector of society, without exception. If anyone, including a parent, is truly abusing a child they should be prosecuted by the perfectly adequate child abuse laws that already exist in every state in America. No one should ever cover for abuse or seek to conceal it but should instead expose it. The problem is the exploitation of children is taking place every day (at a higher rate than almost any other sector in society) on government school campuses and it is being hidden by these very institutions who claim to care about and protect children the most. A November 19, 2019 article in Chalkbeat Chicago announced:

“Twelve employees and a volunteer at a school in Chicago’s Logan Square neighborhood had inappropriate relationships with students — including sexual abuse — or helped cover up that misconduct in a years-long ‘stunning’ and ‘colossal failure,’ Chicago Public Schools’ CEO announced Friday.”

That doesn’t even include the sexual perversion they are teaching children in the classroom through sex ed programs and even pipe virtually into homes through distance learning programs.

Many Public-School Teachers Send their Own Children to Private Schools

Here’s the dirty little secret liberals don’t want you to know. Those who shout the loudest for public schools often secretly avoid them. Consider that Barak Obama, when he lived in Chicago, sent his daughters to the elite University of Chicago Laboratory Schools. Likewise, Rahm Emmanuel also enrolled his son and two daughters in the U of C Lab Schools. Jesse Jackson (a supposed advocate of Chicago Public Schools) sent his sons, Jesse and Jonathan, out of the city of Chicago (out of the state actually!) to a prestigious boarding school called LeMans Academy in LaPorte, IN during their middle school years. And another boys’ boarding school in Washington, DC for high school.

This is true for many politicians. According to a survey by the Heritage Foundation:

Only 11% of American students have traditionally attended private schools (and only 5% of black students). But one study revealed whopping 46% of all public school teachers in Chicago have sent their own children to private schools, and refused to send them to the very schools where they themselves teach! Why is this? They know better. They work there every day and unlike the naïve parents who close their eyes and choose to ignore the facts, hoping it will all work out okay, these teachers know what actually happens each day in the school. There is no way they want their own children exposed to that kind risk.

Now don’t get me wrong, I applaud them for making a better choice for their own children. However, I can’t applaud the hypocrisy of those who keep telling the average citizens to keep their children in the government schools. Honestly, would you eat at a restaurant where the employees refuse to eat? It’s time for anyone who cares about their children to perform a mass exodus and get their children out of these cesspools.

Government Schools Are Killing The American Church
b
a
x
r