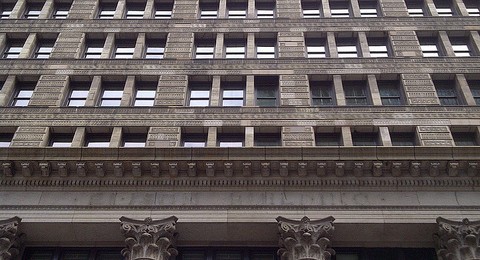 Next Wednesday, October 22nd, the Chicago Board of Education will consider a proposal for a “gay”-friendly high school for homosexual and gender-confused students. The proposal already has the recommendation of School CEO Arne Duncan.

Despite the fact that 70 percent of Chicago high school students are testing below state standards and the sad reality that almost half of Chicago high school students fail to graduate, Chicago Public School (CPS) officials are seriously considering investing time, energy, and hard-earned tax dollars toward social engineering and the promotion of controversial views of homosexuality.

TAKE ACTION: Contact CPS Chief Arne Duncan and the Chicago Board of Education to express your opposition to the use of public funds to subsidize a school that affirms disputable and divisive views on homosexuality and gender-confusion.

Pasted below is a copy of a certified letter IFI’s Division of School Advocacy sent to the Mr. Duncan and the Chicago Board of Education.

Members of the Board of Education,

The Illinois Family Institute strongly urges you to vote against the creation of a new and controversial Social Justice High School-Pride Campus. Subsidizing this school would represent a gross misuse of public funds.

Public educators have no business taking a position on the nature and morality of homosexuality and “transgenderism,” which Arne Duncan necessarily has done in recommending approval of this school.

Will the board of education also consider a high school for students who are harassed for myriad other reasons, most of which, unlike homosexuality and “transgenderism,” have no moral implications?

Will the board of education and administrators in this high school commit in written policy to allotting equal time and equivalent resources to all sides of the cultural debate on homosexuality and cross-dressing?

Will you ensure that curricula that address these topics are unbiased and uncensored, or will you permit only biased, censored curricula that exclusively affirm controversial, unproven theories on the nature and morality of homosexuality?

How will the faculty and administration teach critical thinking skills on the divisive issue of homosexuality and gender identity disorder if they have previously committed only to affirm homosexuality as normative and morally defensible?

Are the board of education and administration prepared to provide justifications and evidence for claims that homosexuality is biologically determined or that disapproval of behavior constitutes bullying?

Are the board of education and administration prepared to provide justifications and evidence for the implicit claim that volitional behavioral choices that may emerge from biologically influenced impulses are inherently moral?

Are you prepared to apply consistently to all behaviors the principle that disapproval of behavior makes students “unsafe”?

It is an outrage that Mr. Duncan would recommend and the board of education consider using the hard-earned money of Chicago taxpayers to subsidize a school whose curricula will violate fundamental educational principles regarding intellectual diversity and exploration that give public education legitimacy.

And it is an outrage that Mr. Duncan and the board would consider using public funds to undermine the values of many members of the community who supply those funds.

If this school is approved, it will become obvious to all that the promulgation of controversial, unproven socio-political theories has replaced academic inquiry as the guiding principle of the Chicago Board of Education.

Again, we strongly urge you to vote against this proposal.