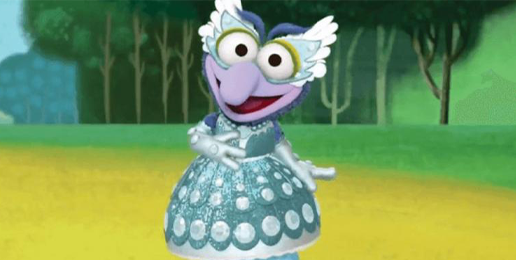 The contexts and materials “progressives” use to warp the hearts and minds of children on sexuality are far too numerous to list. The pro-homo/pro-sex-impersonation propaganda campaigns in government schools, publicly funded libraries, and children’s programming are both bold and ubiquitous. The sexually disordered among us no longer feel the need to hide their intentions to lure children into their deceptive world. Today they can get jobs in elementary schools, public library children’s departments, and the colorful cartoon universes that thrive on Amazon, Netflix, Disney, and Cartoon Network from which they light up the viral world and darken children’s worlds.

By now virtually everyone has heard about the recent viral sensation, an episode of the cartoon show Muppet Babies in which the children’s classic Cinderella is retold as a “trans”-cultist fantasy for preschoolers. Baby Gonzo is depicted as a cross-dresser wannabe who longs to go the ball dressed as a princess. After a heartstrings-pulling scene in which a pitiable baby Gonzo sadly shares that he won’t wear the princess gown of his dreams because he doesn’t want to “upset anyone,” his “fairy ratfather” grants his wish to attend the ball in a princess gown. At the ball where he identifies as his drag persona Gonzorella, Gonzo is unrecognizable to his friends. After the ball when his friends discover he was Gonzorella and ask why he didn’t tell them, he says—pitiably again—that he didn’t want to upset them. Duly chastised, baby Piggy, apologizes and repents of her prior belief that princess gowns are for girls.

Ignorant wokesters with metaphysical delusions and bent sexual drives have tossed away those unnecessary trench coats of invisibility. They know that preschool is the ideal age to manipulate the emotions of children on complex issues—the nature and implications of which preschoolers can’t possibly understand—and wokesters know they can do their manipulating openly.

Tragically, Muppet Babies was not the first or only animator’s foray into children’s propaganda. Another such effort is Steven’s Universe on the Cartoon Network created by the well-known non-binary, bisexual Rebecca Sugar. The Peabody award-winning series works tenaciously to blur the distinctions between male and female and to normalize homosexuality.

NPR reported that “Rebecca Sugar is one of the many animators who’ve been pushing—successfully—for more overt queer representation in cartoons.”

The increase in the amount of “queer” representation is staggering:

A new database from Insider confirms more than 250 LGBTQ+ characters in children’s cartoons dating back to 1983. And if you look at the data from 2010 through 2020—especially in the latter five years—the representation of overtly queer characters skyrockets. …

They say what makes shows during this decade so special is that it’s not just a handful of tokenized, possibly gay characters living in a straight world. The baseline narratives of these shows have LGBTQ lives at the center of them.

Abbey White, reporter for the Inside database, waxes enthusiastic about “queer” propaganda for children:

“I think about Danger & Eggs, I think about She-Ra, Steven Universe [and] just how overtly queer these cartoons are. … That’s really exciting to see people queering their entire narratives in ways that I think reach not just children but a broader audience.”

Libraries in public elementary, middle, and high schools are brimming with books that affirm leftist views of homosexuality and cross-sex impersonation, including some that would have been deemed obscene and pornographic before those terms were rendered obsolete by moral anarchists. An Internet search for Young Adult (YA) “LGBT” fiction—which is intended for children ages 12-18—yields countless lists of recommended books.

One influential proponent of YA “LGBT” fiction is 48-year-old homosexual author of several YA novels that affirm homosexuality, David Levithan, who serves as the senior editor of Scholastic, the well-known children’s book publisher.

A 2015 article about Levithan, who claims he’s been “out” since nursery school and has a homosexual uncle, confirms the role of YA fiction in transforming culture:

The rising popularity of YA novels has also increased their power as educational tools.

Ironically, in this article, Levithan writes this about librarians and teachers:

You’re not a librarian to keep books out of the hands of children. … [T]here are clearly many [teachers] who bring their own bias to work when they are not supposed to.

Is Levithan asserting that there are no “progressive” teachers who bring their bias against theologically orthodox Christian views to work? Is he claiming that librarians would happily include books about teens who resist their homoerotic feelings or about adults who have chosen to leave homosexual lives—assuming any such books could get through the bigoted, intolerant censors in publishing companies and book review organizations? 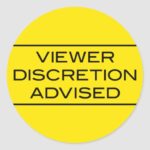 Maia Kobabe, author of Gender Queer: A Memoir, which is carried in high school libraries, tells her peculiar tale of her journey to her “identity” as a genderqueer, asexual woman with a lesbian aunt and a sister who dates a woman who pretends to be a man.

The far-left American Library Association awarded Kobabe an Alex Award for her “graphic” memoir. Her memoir is graphic in both senses of the word. It’s a sexually explicit, 240-page comic book. Kobabe, who uses the “Spivak” pronouns ey/eir/em, also teaches art workshops to middle school children, mostly, she says, “AFAB” girls, which means “assigned female at birth.” Kobabe evidently doesn’t know that children aren’t assigned either a sex or “gender identity” at birth. That’s not a thing obstetricians do. Obstetricians identify the objective sex of babies at birth, a characteristic that never changes.

Judging from the flood of propaganda polluting culture, it appears oppressive “progressives” take far more seriously Aristotle’s oft-quoted statement, “Give me a child until he is 7 and I will show you the man” than do conservatives.  And this flood of propaganda aimed like Cupid’s arrow at the hearts of children—and, therefore, the heart of civilization—will not soon be stemmed.