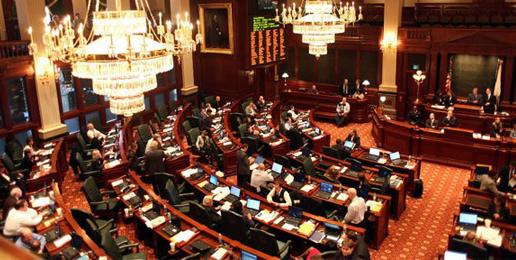 On Wednesday evening, the Illinois House of Representatives voted 72 to 45 to ratify SJRCA 4, a completely unnecessary proposal to amend the U.S. Constitution to eradicate sex as a legitimate characteristic on which to base reasonable distinctions.

Click HERE to see how your state representative voted on this legislation, or look at the graphic below.

It is interesting to note that both State Representatives Christine Winger and Dan Brady prefaced their remarks by claiming to be pro-life, even though it is well known that Planned Parenthood is a strong proponent of this legislation precisely because it will expand abortion “rights” throughout the nation and dismantle vital abortion restrictions—including parental notification (or consent) laws.

Proponents of the ERA claim that they need one more state to ratify this constitutional amendment for complete victory, even though the deadline for passage expired decades ago and even though five states have voted to rescind their ratification over the years it has been pending. If one more state votes for its passage, the issue will certainly wind up in the courts.

In addition to proponents of the legalized slaughter of human beings in the womb, there is another constituency that is celebrating tonight: people who masquerade as the sex they are not.

Thanks for nothing to the 72 feckless state representatives who demonstrated again why Illinois is such a sorry state.

The official roll call of this vote: 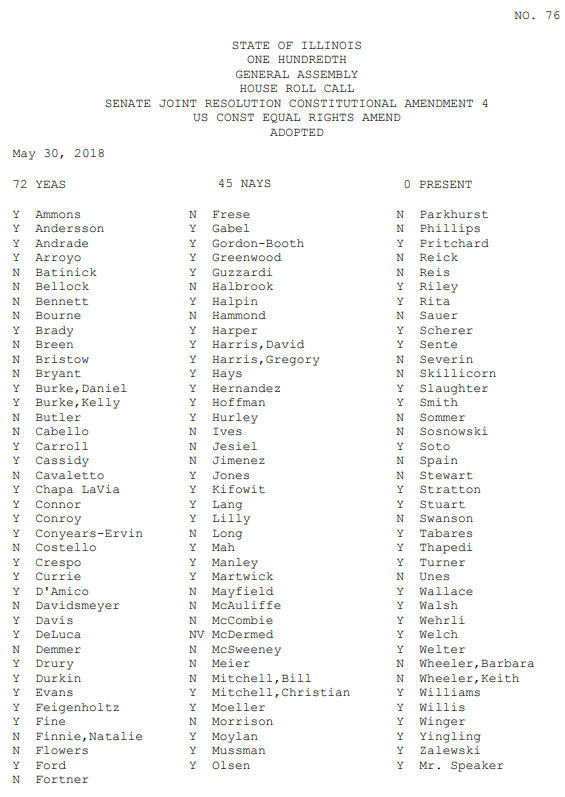