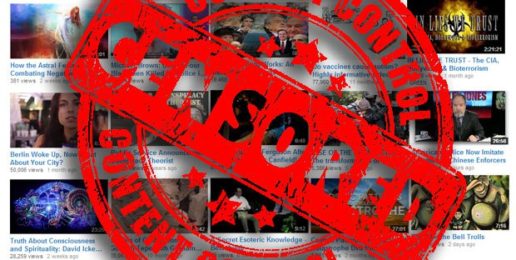 Farmers and even city slickers understand the value of protecting the hen house and would never allow a fox or wolf to stand guard. The fox does not see the hens as egg-producers, but as a lip-smacking meal ready to be devoured.

In the digital world, so many of the social media platforms are owned by Progressive and even radical ideologues. What began as a free marketplace of ideas and the next frontier in technology has evolved into a totalitarian bully pulpit: liberals and radicals of every persuasion are given free rein, while conservatives and most especially Christian conservatives are quashed and censored with impunity.

Pages, businesses, and persons are suspended, blocked, or muted at will. The explanation for such actions?

Our mission is to give people the power to build community and bring the world closer together. Every day, people come to Facebook to share their stories, see the world through the eyes of others and connect with friends and causes. The conversations that happen on Facebook reflect the diversity of a community of more than two billion people.

We want people to feel safe when using Facebook. For that reason, we’ve developed a set of Community Standards…

What about Twitter? Once the freest, fastest growing social media platform, it too now has nebulous rules:

We believe in freedom of expression and open dialogue, but that means little as an underlying philosophy if voices are silenced because people are afraid to speak up. In order to ensure that people feel safe expressing diverse opinions and beliefs, we prohibit behavior that crosses the line into abuse, including behavior that harasses, intimidates, or uses fear to silence another user’s voice.

Context matters when evaluating for abusive behavior and determining appropriate enforcement actions. Factors we may take into consideration include, but are not limited to whether:

Hateful conduct: You may not promote violence against, threaten, or harass other people on the basis of race, ethnicity, national origin, sexual orientation, gender, gender identity, religious affiliation, age, disability, or serious disease.

The preeminent question should be, who determines if “behavior is newsworthy and in the legitimate public interest”? The deeper you drill into these “guidelines,” the more the true agenda becomes apparent.

Obviously the Facebook and Twitter geeks don’t heed the wisdom of the late influential black pastor from Seattle, Ken Hutcherson who noted:

Don’t compare your sin to my skin!

If Pastor Hutcherson were alive today and posted that to Facebook or tweeted that commentary on Twitter, he would swiftly find himself in the FB/Twitter gulag indefinitely.

It was only a matter of time before YouTube followed Facebook and Twitter to the Left’s Utopia where everything a man or woman can do (including kill their unborn) is right in their own eyes and can be shared millions of times via social media!

But what they REALLY mean is “Diversity of all radical, perverse, progressive thought” and “Inclusion of all communications from people who think like us” and “Love is sex and sex is fine in every possible perverse manner!”

But in 2015, Google CEO Larry Page announced the creation of a new holding company, Alphabet, Inc., which is now the parent company of Google, with the YouTube subsidiary under the Google umbrella. The relationships are a bit muddy and incestuous, but while Alphabet is at the helm, Google is the General that commands many of the subsidiaries. So, as Google goes, so goes YouTube and Google Search Engine.

Our products are platforms for free expression. But we don’t support content that promotes or condones violence against individuals or groups based on race or ethnic origin, religion, disability, gender, age, nationality, veteran status, or sexual orientation/gender identity, or whose primary purpose is inciting hatred on the basis of these core characteristics.

Once again we see the pattern: an expected litany of prohibited speech includes “sexual orientation/gender.” Adding that protected class by necessity means any Bible verses, any beliefs which disagree with a radical LGBT agenda have become verboten hate speech.

And to add to their wholly biased standard, YouTube has created what it calls a Trusted Flagger Program. Flaggers are people who flag videos they deem transgressing YouTube/Google Community Guidelines.

Back in 2012, we noticed that certain people were particularly active in reporting Community Guidelines violations with an extraordinarily high rate of accuracy. From this insight, the Trusted Flagger Program was born to provide more robust tools for people or organizations who are particularly interested in and effective at notifying us of content that violates our Community Guidelines.

What is even more troubling, if that is possible, one organization known for it’s rabid anti-Christian bias and 100% pro-LGBT+ agenda, the Southern Poverty Law Center (SPLC), is part of the Trusted Flagger Program.

The Southern Poverty Law Center has confirmed The Daily Caller’s exclusive report that they are policing content on YouTube as part of YouTube’s “Trusted Flaggers” program.

The left-wing nonprofit — which has more recently come under fire for labeling legitimate conservative organizations as “hate groups” — is one of the more than 100 non-government organizations (NGOs) and government agencies in YouTube’s “Trusted Flaggers” program, a source with knowledge of the arrangement told TheDC.

Hmmm. This is same SPLC whose “Hate Map” incited a foiled assassination attempt at the DC offices of the Family Research Council.

The red flags should be all over this discovery. Of course YouTube will censor Dennis Prager and any and all conservatives and/or Christians with the hateful SPLC calling the shots.

Christians and other conservatives across America should contact YouTube and politely, but firmly object to the SPLC being any part of the Trusted Flaggers program:

We are admonished by the Apostle Peter:

But in your hearts revere Christ as Lord. Always be prepared to give an answer to everyone who asks you to give the reason for the hope that you have. But do this with gentleness and respect. (1 Peter 3:15)

Be alert and of sober mind. Your enemy the devil prowls around like a roaring lion looking for someone to devour. (1 Peter 5:8)

Paul tells us in the letter to the Ephesians:

For we wrestle not against flesh and blood, but against principalities, against powers, against the rulers of the darkness of this world, against spiritual wickedness in high places.

Wherefore take unto you the whole armour of God, that ye may be able to withstand in the evil day, and having done all, to stand. (Ephesians 6:12-13)

Be alert! That roaring lion has many active emissaries, including the aforementioned Southern Poverty Law Center.

Armour up and fight against the SPLC Fox guarding the YouTube (or any other) hen house!