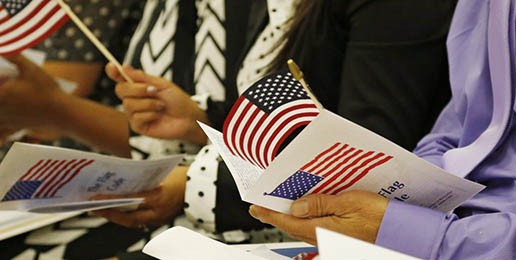 The Troubling Implications of Believing Our Rights Don’t Come from God
03.28.15
PRINT

CNN anchor Chris Cuomo recently declared: “Our rights do not come from God.” Then this week, Sen. Ted Cruz’s assertion that “our rights don’t come from man, they come from God Almighty” came under scrutiny when Meredith Shiner, a Yahoo reporter, tweeted: “Bizarre to talk about how rights are God-made and not man-made in your speech announcing a POTUS bid? When Constitution was man-made?”

I am astounded by how many people in this country (and particularly in the media) don’t believe the Declaration of Independence’s assertion that all men are “endowed by their Creator with certain unalienable Rights.” The Declaration of Independence also refers to “The Laws of Nature and of Nature’s God.” Believing that our laws are God-given, and not man-made, has become something that secular liberals seem to take joy in openly mocking. As if there were something inherently funny or backwards about faith. As if there were something hollow and foolish about believing in God.

Obviously, I believe very strongly that the opposite is true.

This might sound like a pedantic point to make, but nearly all of our political discord comes down to fundamental differences in our worldviews. Two very good people can start out with two very different philosophies of life and inevitably come to two very different conclusions on a nearly innumerable amount of problems. Sometimes the consequences are profound. And that’s the case here. Rejection of this foundational principle of God-given law would inexorably lead someone to come to vastly different conclusions about any number of things compared to someone like me who embraces this premise. When liberals and conservatives differ over whether or not the state has the right to usurp this or that right, dig deep enough, and you will often find the root of the disagreement lies here.

I believe very strongly that our rights come from God. And I believe nearly as strongly that the implications of believing that our right to life, liberty, and the pursuit of happiness are granted by the state are potentially catastrophic. Ideas have consequences, and while some might see quibbling over such esoteric and grandiose ideas to be a waste of time, the truth is that where one comes down on such fundamental questions will likely predetermine where one comes down on a wide range of modern-day “hot-button” issues. When you consider how much of the current political debate hinges on fights about individual liberty and the size and scope of government, this makes sense.

Set aside religion and consider this: If our fundamental rights are merely granted by the state, then they can be taken away by the state. What is more, the state would have no moral compunction not to rob us of our rights. The state is not particularly moral or special or better than people. The state is people. If they don’t have some larger, higher moral code that guides them, then assumptions about what constitutes the “good” are, at least to some degree, arbitrary. Absent an immutable standard, why wouldn’t the law of the jungle rule? In nature, predators prey on the weak. Can we honestly convince ourselves that people are better than that? Some are, sure. But many are not.

Without an absolute law that transcends the whims of man, the very concept of “rights” metastasizes into a definition having more to do with the current and often capricious preference of the majority. Oppressed minorities have long found comfort (and, in fact, seized the moral high ground) by pointing out that there is a greater law, a universal sense of right and wrong, that transcends the will of the majority.

Consider Martin Luther King Jr.’s “Letter from a Birmingham Jail“: “We have waited for more than 340 years for our constitutional and God given rights,” he wrote. “To put it in the terms of St. Thomas Aquinas: An unjust law is a human law that is not rooted in eternal law and natural law.”

More and more, the secular left seems to want to entrust human law to always be just. That’s fine when it is. But what happens when it isn’t?

In Times Of Crisis, Elected Officials Must Be Held to One Consistent Standard – The U.S. Constitution
b
a
x
r