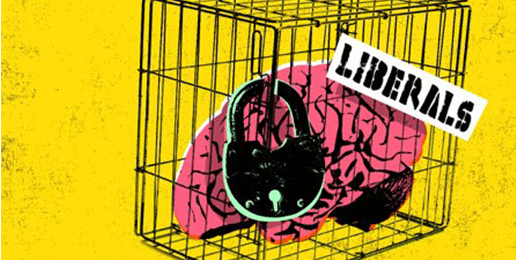 Over the past few years, I’ve had the privilege of speaking at college campuses across the country. Most of the schools, as you might imagine, are Christian institutions or schools with a more traditionalist or conservative worldview, such as Hillsdale College.

But there are exceptions. A few weeks ago, I was one of five people honored with honorary doctorates by The University of the South in Sewanee, Tennessee. For those of you unfamiliar with the school, it’s affiliated with the Episcopal Church and it’s one of the top liberal arts colleges in the country.

Outwardly, everything about Sewanee cries “tradition”—the buildings, the beautiful 13,000-acre setting in the Cumberland Mountains and the convocation at which I addressed the student body. But politically and theologically, it’s fair to say that Sewanee is better described as “progressive.” So much so that a dear friend of mine was actually upset that I accepted the invitation.

In my convocation address I said that there is a move afoot on campuses “to marginalize and even to demonize voices of traditional and historic Christian faith. . . and that this is troubling . . . because to think we can have real and enduring freedom and real liberal education without robust voices of faith ignores history.” What’s more, these expressions of faith cannot be limited to the private sphere—they must circulate in the free marketplace of ideas.

I spoke of Os Guinness’ “Golden Triangle” of freedom, virtue, and faith, all of which depend on each other, which is why standing up for religious freedom is so vital for any healthy society.

At the time I thought it went rather well. But then I read an opinion piece published in the student newspaper. It called my speech “one of the most offensive and disgusting” the writer had ever witnessed. It said that, “Beneath a thin veneer of reason and civil discourse,” I “continued to push [my] evangelical agenda.”

According to the writer, the response to my address in the audience was “shock” and “dismay.” Now the newspaper printed this without linking to my actual speech or even writing an article about the speech.

But it wasn’t only that writer. One of the clergymen on campus wrote me and told me while he was in “complete agreement” with what I said, some of his parishioners were “incensed,” even though they could not tell him why they felt that way.

Trying to get to the bottom of it, the clergyman checked with one of the other people honored, the great N.T. Wright, who told him that he found my remarks “quite unobjectionable.”

It would be disingenuous for me to claim that I was completely surprised by the negative reaction. Not because I set out to offend anyone, but because small “o” orthodoxy itself is increasingly offensive in some religious circles. But no one seemed to be able to say what in the speech bothered them. They just flat out were offended.

On a positive note, the fact that the leadership at Sewanee invited me in the first place speaks volumes about their commitment to free speech and civil discourse. My deepest thanks to them for giving me the opportunity to speak the truth in love to people who might disagree with me.

And whether or not some find that offensive, speaking the truth in love is the right thing to do; because if we grow silent out of fear that we’ll be shouted down or criticized, we’ll soon lose our right to speak freely at all. And that would be disastrous, not only for preaching the Gospel, but for maintaining a free and truly tolerant society.