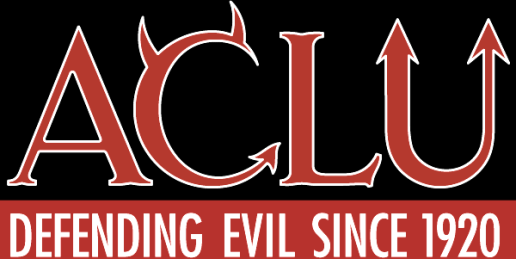 It’s not enough for the American Civil Liberties Union (ACLU) to use its legal clout to halt graduation invocations or prayers before high school football games.

In Florida, the ACLU insists that even a secular school concert in a building that is used for religious services is beyond the pale. As is often the case, a single “atheist” parent complained, and that was enough for the ACLU to threaten legal action over the possibility of attendees catching religion “cooties.”

Of course, the ACLU did not phrase it as such, nor did they liken the church to a leper colony. But they got their way – sort of.

Rather than fight the legal assault, officials at Barron Collier High School near Naples, Florida at first called off their fifth annual fall concert at Moorings Presbyterian Church. As outraged students who had practiced for weeks for the event objected, school officials fashioned a deal. They would move the fall concert to another district high school and then have a second concert at the church in December.

Students were not thrilled, and they let school officials know it. Only about a third of the chorale’s members performed at the other school on Nov. 20, even though absentees were warned they would be given an F and it would count for one-sixteenth of their final grade.

“It was kind of like, ‘take one for the team,’ ” senior Claire Welsh told the Naples Daily News after the performance:

“She was crying right up to the start of the show, which saw only about 60 of the 175 choirs students take part. ‘It’s my senior year and I’ve been doing this for four years. This is a really sad start to my final year of choir.’

“Parents were told if the concert went off Thursday at Gulf Coast, the December concert would be back at Moorings, which parents and students argue has better acoustics.”

The ACLU had contended that because Moorings Presbyterian Church is regularly used for religious services, the atheist parent rightly found the concert location objectionable, even though the event contains no religious content.

Liberty Counsel, a pro-family, constitutional legal group, offered the school pro bono legal representation to fight the ACLU, urging district officials not to cave in to its “campaign of intimidation and misinformation,” according to OneNewsNow.com.

“The courts have held the use of religious property by a school district to be constitutional if there is a clear secular purpose for the use, the use does not endorse or discourage religion, and the ‘reasonable observer’ would not conclude that the school district endorses religion,” Liberty Counsel asserted. “The clear secular purpose to use the Presbyterian church auditorium is for sufficient room to hold the crowd and appropriate acoustics. … The students know that they are simply using a building.”

“The ACLU’s legal position and threats are baseless and constitutionally infirm. Collier County Schools does not violate any student’s constitutional rights by simply using or even leasing a church building for the performance of concert music by the High School Chorus. Courts have been crystal clear on this point:

“‘Plausible secular reasons…exist for performing school choir concerts in churches and other venues associated with religious institutions. Such venues often are acoustically superior to high school auditoriums or gymnasiums, yet still provide adequate seating capacity. Moreover, by performing in such venues, an instructor can showcase his choir to the general public in an atmosphere conducive to the performance of serious choral music.’” Bauchman for Bauchman v. W. High Sch., 132 F.3d 542, 554 (10th Cir. 1997).

“Thus, if a church can permanently lease a building for operation of a school without violating the Establishment Clause, then surely two hours in a large, air conditioned, acoustically ideal room is perfectly acceptable,” Mihet wrote.

It would have been nice if school officials had bucked the ACLU’s bullying and gone ahead with the fall concert at the church, which they had done the previous four years.

But at least an anemic version of the show went on, with the promise of another, and lots of students who got an ‘F’ showed that they know something very important: that freedom is not free.