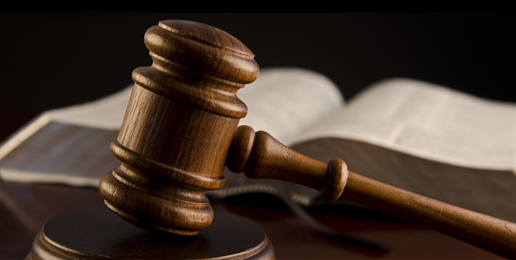 Court cases across the country continue to point to the big showdown coming soon at the U.S. Supreme Court.In the ongoing legal battles over religious freedom, there are advances and setback. One win happened last month. When Amy Larson, a Christian photographer in Wisconsin who declines to photograph so-called same-sex weddings, saw what was happening to similar photographers across the country, she was concerned that her decision would violate local and state law. So, she decided she wasn’t going to shoot any weddings.But she also decided to challenge a local ordinance and the state law. And she won! But on somewhat of a technicality. The court ruled that the ordinance didn’t apply to her because her business didn’t have a storefront.

On the other hand, last week, there was a serious setback.

Minnesotans and videographers Carl and Angel Larsen serve all people, but, as the Alliance Defending Freedom states, they “draw the line at creating videos celebrating same-sex weddings because of the biblical teaching on marriage.”

The Larsens knew that by declining to use their artistic talents to participate in something they believed to be wrong, they could face penalties. What kind of penalties? Well, triple compensatory damages, punitive damages of up to $25,000, and as much as 90 days in jail. Yes, you heard that right.

So, like Amy Larsen, they filed what’s called a “pre-enforcement” challenge. It’s a common way of preventing the sort of damage that a bad law can cause. Shockingly, the U. S. judge in their case compared their refusal to participate in gay weddings to “conduct akin to a ‘White Applicants Only’ sign.”

As ADF stated, this ruling was “probably the worst language we’ve seen to date” in one of these cases.

Then there’s the case of Kentucky T-shirt maker Blaine Adamson. He has long refused business if it meant creating t-shirt designs that contradict either his faith or his moral convictions. For example, he once refused to design a shirt that showed Jesus sitting on a bucket of fried chicken. And he refused business that promoted an “adult film.” Whenever he feels that he can’t design a shirt, he points customers to other t-shirt shops.

But it wasn’t until he refused to design a shirt for a gay-pride parade that he was sued. Never mind he regularly serves gay customers, has employed gay employees, and that two lesbian printers have supported his case because “they didn’t want to be forced to print messages that would violate their consciences.”

Thankfully, the Kentucky Court of Appeals has sided with Adamson.

Of course, all of these developments point to the enormous importance of the pending U.S. Supreme Court case Masterpiece Cakeshop v. Colorado Civil Rights Commission. I’ve said it before on BreakPoint and I’ll say it again, this case might very well be the religious freedom equivalent of Roe v Wade.

In the end, the High Court will either find a balance between the rights of religious believers and the public-accommodation rights of gays, or, it will rule that the price of citizenship is nothing less than the forfeiture of faith.

Friends, we need to pray that God will give the justices heavenly wisdom and discernment.

And we need to let our friends and acquaintances know about these cases, especially the Masterpiece Cakeshop one. Post it on Facebook. Write a letter to the editor. Let your state and city representatives know how much religious freedom matters to a healthy, civil society.

And urge your pastor to speak from the pulpit about these cases. I’ve just run into a few too many pastors who simply don’t see the urgency of the situation.

Religious Freedom Cases Stacking Up: Be a Voice for Everyone’s Rights

Get the facts on these very crucial cases. As John says, we can be engaged in conversations within our own spheres of influence on the importance of freedom of conscience, not only to Christians, but to people of all faiths or none.

I’m a T-Shirt Maker With Gay Customers and Gay Employees. I Still Was Sued.