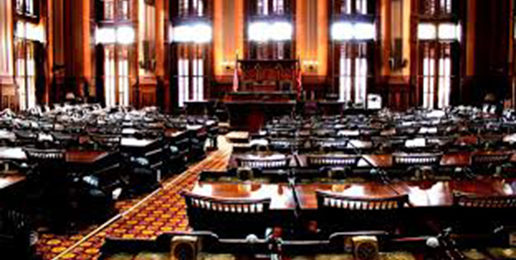 The new version of the bill provides Religious Freedom Restoration Act levels of protection for certain protected persons, but it explicitly says these protections cannot apply in cases of “invidious discrimination.” Of course, no one is in favor of invidious discrimination, but the problem is that in the hands of a liberal judge, everything looks like invidious discrimination even when it is not, such as religious universities or adoption agencies that want their policies to reflect their teachings on marriage. This apes the bad “fix” that gutted the Indiana religious freedom bill.

What this “fix” means in practice is that if a new or existing law creating special legal privileges based on sexual orientation and gender identity conflicts with a sincere religious belief, the Georgia religious freedom bill may provide no protection—not even the standard balancing test that is the hallmark of religious freedom restoration acts. So in an area where we most need religious liberty protection, the new Georgia law goes out of its way to disclaim it.

The Georgia bill also provides First Amendment Defense Act-style protections with respect to beliefs about marriage for certain faith-based organizations. But here again, what it gives in one sentence, it takes away in another.

Finally, the new Georgia bill provides no protection for bakers or florists or other similar wedding professionals who cannot help celebrate a same-sex wedding. While it does provide protections for priests and pastors not to have to perform same-sex weddings and for everyone not to attend them, the U.S. Constitution already provides such protections. So the bill doesn’t protect those who most need it, but it protects those who already have it.

It is unfortunate that the Georgia legislature caved to pressure from big business and special interests to water down their weakened bill even further. Other states must be vigilant against such cultural cronyism.

This article was originally posted at TheDailySignal.com