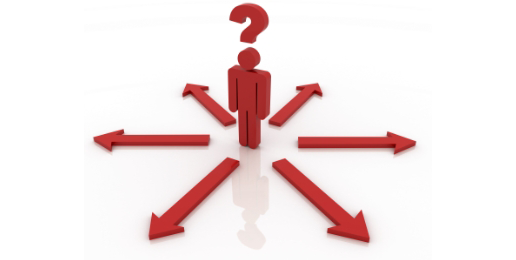 I hear a lot of faulty rhetoric these days repeated ardently in the public square – rhetoric that is often self-contradictory and so intellectually weak that it hardly merits retort. Among the clearest examples of this sort of rhetoric can be heard all around us in the following phrase, or similar versions thereof: “Discrimination is discrimination, period, and discrimination of any kind is wrong.” Without exception, this statement is followed up with: “Therefore, the government should prevent and/or penalize all forms of discrimination.”

No doubt you’ve heard this line before. It has quickly become one of the favorite talking points of those who seek to impose every radical perversion of sex and gender ideology onto all those remaining who have not yet gotten on board with their “progressive” thinking. Elevating the concepts of “sexual orientation” and “gender identity” to specially protected classes is just the most recent crusade of these immoralists.

At surface level, the rhetoric sounds great, right? It appeals to our better side, which tells us (correctly) that we should treat all people with equal dignity and respect. At an emotional level, we would personally feel bad to treat a person differently than others for fear that it might be unfair or even hurtful to that person. And understandably, most of us don’t want that. But once past the surface, the rhetorical value ends.

As with all things, we must take the next step and actually think about what is being said and ask ourselves: Is it true? Is it sound? Is it consistent with objective reality? Does it foster and promote a better and freer society for all?

On all counts, the answer must be “no.” In fact, nothing could be more absurd to the habits of a free people.

After all, freedom itself requires discrimination because it necessitates an endless series of choices, and a choice is nothing if not the exercise of discrimination – for any number of a million different reasons – in favor of some things to the exclusion of others. I choose pizza over salad. You choose women to be your close friends over men. I choose to buy a house in a particular neighborhood instead of others. You choose to practice this religion over that one. And regardless of whether or not we agree with everyone’s choices, we should all agree that each person should be free to make those choices. Not only do those choices enable us to live freely, but they also highlight our uniqueness as individuals.

In reality, every single conscious decision each of us makes in life is an act of discrimination. We weigh our values, convictions, preferences, and interests with every scenario we encounter, and then we apply them in making decisions about how we will live our lives, with whom we will interact, and what things (or people) we will avoid. We are always discriminating. There is no freedom without it. And we all love freedom, don’t we?

It can be of no value then to simply say that “discrimination is discrimination,” since you are not really saying anything at all except what is already obvious. (e.g. 2 = 2) A reasonable person might then suspect that what the declarant is really doing is injecting some unknown definition of “discrimination” into his statement, without ever bothering to define it. Thus, what he puts forward as obvious is actually anything but obvious, and knowing this, he hides behind the purposeful confusion he has created since the truth simply will not support his agenda.

Moreover, he cannot really mean that all discrimination is wrong and should therefore be unlawful. To say this is to say that we ought to have a totalitarian state that makes all the decisions rather than a free one in which individuals make their own decisions according to their own values.  Yet as I consider the actual direction this rhetoric is taking us, I’m beginning to think that a totalitarian state in which the declarant makes the decisions for all people is precisely what he’s after. Getting his way means that you lose your freedom. He knows this, but he isn’t about to state it openly – preferring instead to declare that he is against all “discrimination.” Ironically, this “anti-discrimination” for which he advocates is exactly the kind of discrimination that free societies cannot tolerate without ceasing to be free.

At the same time, we cannot ignore the fact that individuals sometimes abuse their freedom in ways that are hurtful to others. As neighbors and fellow citizens, we ought to find constructive ways to address and correct those abuses. Freedom, rightly understood, comes not only with rights, but duties also – both to God and our fellow man.

In light of this understanding, as a matter of public policy then, the relevant questions when it comes to discrimination are these:

1) Which, if any, bases for discrimination should be prohibited by the government (and by which government)? And if any,

2) In what contexts and to what degree should those bases for discrimination be prohibited?, and

3) Since freedom is itself the ability to discriminate based on various self-determined criteria, does the claimed need for the prohibition of a particular basis of discrimination in a particular context outweigh the corresponding loss of freedom?, and

4) To what extent do our federal or state Constitutions guarantee the protection of certain freedoms so as to make the answers definitive?

But these questions are virtually never even acknowledged since they require a thoughtful and reasoned analysis, along with a recognition that these issues are not always so cut and dry as some would like you to believe. It’s high time for “progressives” to be honest about the issue of discrimination because only then can we begin to reach any common ground on how best to deal with it. Their faulty rhetoric thus far has served only to distort the real issues while resulting in a mass deception. Despite how pathetically shallow the rhetoric is, it has nevertheless continued to captivate the simple-minded. But in a free society, although freedom cannot be said to exist where not all ideas are permitted, the same freedom can only be sustained where the faulty ideas are being constantly challenged, scrutinized, and demolished.

Let’s hope more sensible minds prevail in demolishing this particular rhetorical nonsense, since the freedom of us all depends upon it.