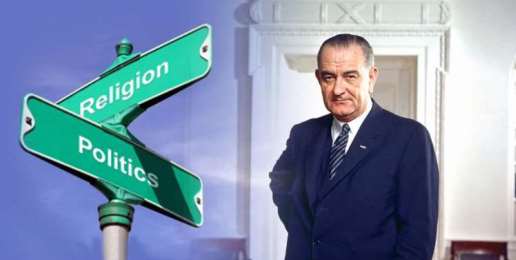 Late last month, U.S. Representatives Steve Scalise (R-LA) and Jody Hice (R-GA) introduced a bill in the U.S. House called the Free Speech Fairness Act (H.R. 6195). The bill is aimed at fixing the Johnson Amendment, a 1954 addition to the tax code that gives the IRS the ability to censor the speech of pastors, churches, and other nonprofit entities on issues related to candidates and elections. Here are five things you need to know about the bill:

1.  The bill fixes but does not repeal the Johnson Amendment.

The bill does not repeal the Johnson Amendment. Instead, it amends the law to allow for speech that is made “in the ordinary course of the organization’s regular and customary activities.” This means that, as you carry out the mission of your church, you would have the right to speak freely on all matters of life, including candidates and elections, and would not have to fear IRS censorship or punishment for simply exercising your right to free speech and freedom of religion. Put simply, the bill inserts a “relief valve” for speech into the Johnson Amendment and gets the IRS out of the business of policing the speech of America’s pastors and churches.

The bill is not just limited to churches but applies to all entities organized and operating under section 501(c)(3) of the Tax Code. It is not just churches and pastors who suffer under the draconian regulations and penalties associated with the Johnson Amendment—it applies to all 501(c)(3) organizations. Because this is true, the fix should also apply to all 501(c)(3) organizations. The IRS never should have been put in the position of policing the speech of nonprofit entities and this bill will remove that power from the IRS—a governmental agency that has been proven to abuse this type of power in the past and so should not be entrusted with it.

3.  The bill does not turn churches and charities into political action committees.

4.  The bill is constitutionally sound.

The bill removes a very unconstitutional restriction on speech that has existed for over 60 years. By applying it to all 501(c)(3) organizations, U.S. Reps. Scalice and Hice have introduced a constitutionally sound bill that provides relief to exempt organizations and removes the IRS from the speech police business.

5.  The bill is the first step in getting Congress to fix what it created in 1954.

The introduction of the bill is the first step toward fixing the unconstitutional Johnson Amendment. There are many more steps to the legislative process before the bill can become law and provide the relief America’s pastors and churches are seeking.  Nevertheless, the introduction of this bill is an encouraging sign.

There’s been a lot of talk about the Johnson Amendment this election cycle, shining some light on what has been a veil of silence over churches and non-profits for over 60 years. The more people learn the facts about this unconstitutional law, the more they understand why a fix like the Free Speech Fairness Act is needed to protect the constitutional freedoms of everyone—including pastors and churches.

Get your FREE guide to understanding the Johnson Amendment and how to navigate “political” issues this year here.

This article was originally posted at the ADF blog.