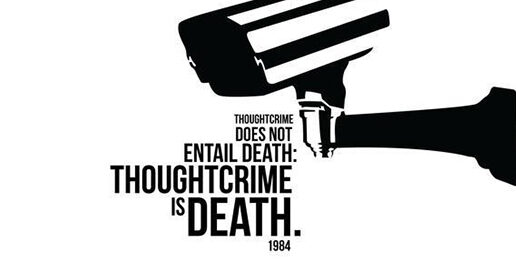 Drop Out of Diversity Re-education Struggle Sessions While You Can
Written By Laurie Higgins   |   12.14.20
PRINT

Since diversity re-education is all the rage these days (and if Harris and her shadowy, confused puppet win the election will only get worse), I thought it might be helpful to publish the letter I emailed to Deerfield High School’s principal in about 2007 when I dropped out of an ongoing divisive diversity workshop due to the intolerance, close-mindedness, bigotry, and dishonesty of my un-collegial colleagues.

There’s gold in them thar hills–I mean, I have good news about the diversity group. I am so out of there. My time is better spent working for equity, balance, religious freedom, and parental rights as a parent rather than as participant in a diversity group.

I am incensed at the rhetorical manipulation that took place in the meeting. For a faculty member to imply or state that somehow it is illegitimate or inappropriate for me to challenge the use of the word “safety” is itself, inappropriate. Liberals have co-opted the word “safety” precisely for its political efficacy (i.e., “safety” carries more gravitas and urgency than does “comfort”). After co-opting and redefining the word “safety,” liberals then criticize others for challenging its linguistic accuracy as well as the reality of their assertions regarding “safety.”

I do not, in any rational way, make homosexual students unsafe. If they know my moral views—which I do not discuss with students—they may feel uncomfortable. But uncomfortable does not mean unsafe no matter what someone may “feel.” Sometimes feelings are not based on reality, and sometimes “bad” feelings are actually good things.

Then one administrator [a lesbian] said that she doesn’t like that I said she “was not legitimate.” I did not say that, nor do I think that. I said I believe homosexual acts are not morally legitimate. But I guess those are her “feelings,” so to hell with truth or reality. Actually, I had earlier said that we should value the dignity and worth of all people, which does not necessitate valuing, celebrating, or affirming homosexuality.

And we expect kids to negotiate this terrain when we can’t make it through a one-hour conversation without one administrator making things up and a faculty member attempting to prohibit me from dissenting.

Even the most fundamental aspects of debate are now controlled by liberal ideology.  That is, feelings have assumed some privileged polemical position that renders challenges to them unethical.

Feelings, in reality, have no inherent analytical value, although a society increasingly unable to think analytically, finds feelings increasingly persuasive (Read Neil Postman’s book Amusing Ourselves to Death). Feelings are neither the arbiters nor signifiers of right or wrong. They tell us precisely nothing about morality. If we can’t even agree on the relative value of subjective feelings, then dialogue, discussion, or debate is a meaningless exercise in futility.

The arrogance of educators asserting, as our liberal faculty members do, that it is their job to compel kids to negotiate difficult conversations and their job to challenge the morals of students about arguably the single most controversial issue in society is astonishing. I don’t understand why the administration cannot see the intractable, irreconcilable nature of addressing this at school. Conservative beliefs will always be viewed as discriminatory, hurtful beliefs that make others “unsafe.” Liberal beliefs will always denigrate the deeply held beliefs of conservatives and–in my view–encourage destructive choices, and violate religious and parental rights.

And the assertion by the administration that the school must address this because “kids are growing up in a different world” is nonsense. Perhaps you live in some parallel universe, but I inhabit the very same world with the very same diversity issues and the very same communication challenges as my children. And when they get out in the real world, they will choose to negotiate this problematic terrain in the very same ways we adults do: some will avoid the topic in all contexts, most will avoid it except with those who share their views, and some will choose to become active on one side or the other for one reason or another.

How dare the school compel adolescents who may be struggling with academics, peer pressure, drugs, alcohol, athletics, or family dysfunction to confront this issue that they will not be compelled to address publicly as adults. No one in the administration ever seems to entertain the possibility that this grand social experiment may indeed lead to greater division and greater stress for students—not less. I not only suspect it will exacerbate disunity, I’m certain of it.

The administration and liberal faculty members are selective, however, in the issues and aspects of issues that they feel obliged to compel students to confront. They say the school must address homosexuality because it’s “in the world” but that homosexual kids can’t hear that many believe homosexual acts are immoral, because they will feel bad. Well, that’s the real world too. Some people will find our beliefs wrong, our behaviors immoral, our desires misdirected, and our feelings disordered.

The implication that the presence of bad feelings, or shame, or “lack of safety” proves that an injustice has been done is fallacious. Any time a government, society, school, or parent asserts that some behavior or impulse is wrong, those who choose that behavior or have that impulse feel bad. We don’t automatically condemn the judgment of those who assert moral principles.

We abdicate our right to lead if we abdicate our responsibility to make judgments about right conduct. But now that some have arrived at the moral judgment that homosexuality is moral, everyone else is expected to refrain from expressing an opposing judgment so as not to make anyone feel bad.

Polyamorists feel bad, “unsafe” and stigmatized due to societal disapproval of polyamory. Are we now expected to refrain from asserting that polyamory is wrong? Would you like your child exposed to an idea that you find profoundly immoral, just because a phenomenon exists, or because some feel bad when you assert it’s wrong, or because some want to coerce society into approval?

I also feel frustrated with the hypocrisy of colleagues who declare repeatedly how deeply they value diverse voices. Last year, I had a private conversation with a colleague in which I respectfully expressed my concern over what appeared to be a lack of balance on the topic of homosexuality in the school. I suggested that since he was teaching The Laramie Project, perhaps he could bring in an essay articulating an opposing view. Well, he shared my wrong-thoughts with other faculty members–an act for which he later apologized to me when he saw what his sharing caused.

His sharing of my wrong-thoughts—which were that there should be ideological balance when addressing this controversial issue—prompted three colleagues in paroxysms of rage to send a letter to the local press and then demand the English Department chair have a meeting in which the three—all men by the way—could gang up on me in a man-splaining struggle session. … Oh, and guess what: one of those teachers is also in this diversity group.

A school administrator at the time told me that actively addressing controversial issues related to sexuality is necessary in public schools in order to teach children “how to negotiate difficult conversations.” Who said that’s the role of government employees in public schools hired to teach English, social studies, world languages, calculus, or physics to other people’s minor children? What is their expertise in the fields of morality, ethics, ontology, epistemology, psychology, endocrinology, neuroscience, and conflict resolution—all of which are central to discussions on homosexuality and “trans” cultism? And if that is a responsibility of government employees, why are we letting people who are manifestly unfit for such a task, as demonstrated by their eager willingness to censor dissenting voices, take charge of it?

Waking Up the “Woke” Church