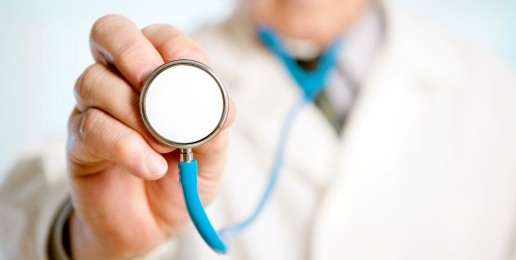 Illinois doctors, nurses and medical personnel could be forced to make ethical choices between serving God and obeying the State with a bill being considered in the Illinois Senate.

Imagine for an instance that you’re a neurologist, and a patient comes to you for help with painful, paralyzing, never-ending headaches. You do everything you can to help him, but after months of experimental drug concoctions and nutritional experiments, the headaches worsen. Depressed and distraught, the patient decides he wants to end it all. He wants you to help him end his agony once and for all.

As a doctor, you’ve been trained and have sworn to “Do No Harm,” as Greek philosopher Hippocrates taught. Your pastor, church and the Scriptures say it is a mortal sin to end or assist with ending another human life.

But suppose that the state says that you must ignore your conscience or moral standards and deliver to the patient exactly what he wants. Your conscience and your religious beliefs are irrelevant. Or, it’s possible that a doctor refusing to assist with something as radical as suicide could be the basis for a lawsuit.

The proposal stipulates that a medical facility or physician must have an established protocol in place, printed to distribute to patients in response to any condition that the physician may find the patient seeking.

The legislation does not state that the protocol must include only legal recourses.

The idea of such a scenario may seem impossible to imagine, but that’s what Senator Biss’ plan in SB 1564 would set into place, Attorney Brechja said in an interview.

Even delaying the treatment by one day beyond what the patient demands could imperil an objecting doctor’s practice.

“If you’re impairing the patient’s health by delaying his or her access to a suicide pill, [for example], that may be ‘Brave New World,’ but we’re already living in ‘Brave New World,’” Brechja said. “Who knows what some court somewhere is going to decide. With this bill, you’ve certainly started down that path, and into the abyss.”

Once the law says a person’s conscience must yield to state or federal law, there’s no prediction where that may lead, Brechja said.

Some clauses cover local conditions. For example in Oregon, a conscience clause describes a physician’s right of refusal concerning physician-assisted suicide, which is legal in that state.

Biss’ proposal contradicts the U.S. Constitution’s First Amendment, Brechja said, the first part of which says, “Congress shall make no law respecting an establishment of religion, or prohibiting the free exercise thereof …”

The legislation would overrule the religious beliefs of American citizens that practice medicine and encumber their constitutionally-guaranteed free exercise of religion.

The medical personnel would be required to have on hand printed information that can be immediately distributed to the patient with referrals to the desired service.

“This is dangerous legislation,” Brechja said.

Take ACTION:  Click HERE to send a message to your Illinois state senator to ask him/her to please uphold religious freedom and conscience for medical personnel in Illinois.  Ask them to reject SB 1564

The Illinois Medical Society and the Illinois Citizens for Life lobbyists agree. They are opposing SB 1564.

We cannot stress the importance of your monthly support.

Pritzker’s Plans to “Trans” Schools
b
a
x
r