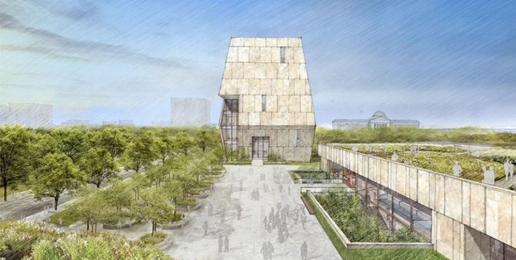 Barack is Immune to Embarrassment about the Obama Library Boondoggle
Written By John Biver   |   04.03.18
PRINT

CHICAGO (AP) — Private dollars will pay for building former President Barack Obama’s library, but road and other work near the Chicago site could cost taxpayers.

The city’s transportation department estimates that the cost of widening streets and building at least four new underpasses near the site in Jackson Park may total $175 million.

From the same article (This is embarrassing):

In January, more than 100 University of Chicago faculty members signed a letter urging the Obama Foundation to find a different location for the center.

Blair Kamin and Mary Wisniewski writing in the Chicago Tribune say that some believe costs to the public will run even higher than $175 million:

Margaret Schmid, co-president of the community group Jackson Park Watch, questioned the city’s $175 million estimate, saying the potential cost of the additional pedestrian underpasses would likely boost the total beyond that.

For years I have questioned the need for presidential libraries, and this entire Obama library episode is a perfect example of why.

noun: work or activity that is wasteful or pointless but gives the appearance of having value.

verb: to waste money or time on unnecessary or questionable projects.

American Thinker’s founder and editor Thomas Lifson has been on the case of the Obama Library since at least 2014. His writings about it has been both entertaining and informative. Here are a few of his early headlines:

Report: Obama library to be built in America’s most corrupt major city

Members of the Midway Plaisance Advisory Council (MPAC) have been critical of plans, and the feared Friends of the Park has aligned itself “with local causes” related to the Barack Obama Presidential Center.

If Obama thought a Republican-run Congress was difficult to deal with, now he’s up against the Friends of the Park (FOP), a group notorious for their hardcore stances on projects related to Chicago’s lakefront. Here is part of a recent statement from FOP:

Friends of the Parks remains extremely excited about the Obama Presidential Center coming to Chicago’s south side. And we’re glad that our hometown, former president considers equitable investment in Chicago’s parks to be important. We agree with him on that. What we don’t agree on is the appropriateness of long-term disinvestment in parks that culminates in the all-too-common argument that the only way to fix a park is to build a building in it.

We are saddened by Obama’s dismissiveness toward the many Chicagoans who dare to express opposing views or the need for appropriate vetting and review, not the least of which is the federally-required Section 106/NEPA review. Apparently, he’s been away long enough that he has forgotten how the “City that Works” works. On a daily basis, we Chicagoans suffer the consequences of poor public policy decisions that stem from inadequate long-term planning, transparency, and oversight.

Whaaat? Obama is being accused of “talking down” to people and being dismissive of opposing views?

[Obama’s] desire to have a monument to himself in the form of the “Obama Presidential Center” (not a library, and not part of the National Archives System) is roiling community organizations who are not convinced that their park should be sacrificed to build a large shrine to the 44th president.

In fact, revisions to the initial plans have not mollified the opposition. Revised plans unveiled made the project even taller and more grandiose (and less white).

Obama non-library ‘presidential center’ in Chicago devolving into a fiasco