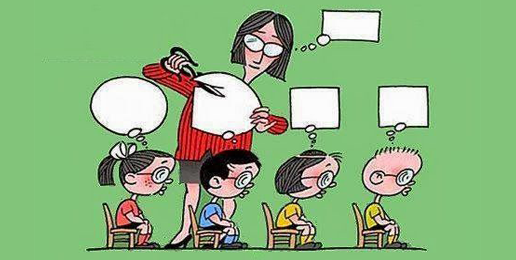 Toxic Progressivism in Public Schools and at the Chicago Tribune
Written By Laurie Higgins   |   09.04.19
PRINT

On August 15, I wasted a half hour of my day by agreeing to be interviewed by Chicago Tribune reporter Hannah Leone for an article she was writing on the “LGBTQ” school indoctrination bill that Governor J.B. Pritzker recently signed into law and which takes effect July 1, 2020. Before I talk about her article, I should explain more about the interview.

Leone asked what my primary concern is with the law, which is a difficult question because there are so many problems with it. I responded that my primary concern is that our culture-makers—including the Tribune, lawmakers, and “educators”—never discuss the arguable presuppositions on which this law depends, and which “progressives” simply assume are inarguably true.

Those presuppositions are that homosexuality and cross-sex identification are ontologically analogous to race and, therefore, the actions that emerge from homosexual feelings and the desire to be the opposite sex are morally benign or good. I told her that if “progressives” are asked to identify the specific points of correspondence between homosexuality or cross-sex identification per se and race per se, they come up empty.

She then asked me,

What about movements/milestones like the stonewall riots, HIV/AIDS epidemic, don’t ask/don’t tell, and legalization of same-sex marriage?

Because of the complex and controversial nature of these cultural events, they should not be presented in elementary school at all. In middle and high school, they should be presented only if teachers are willing to spend equal time exploring fairly, neutrally, and comprehensively both sides of debates regarding whether these movements have served the culture in positive ways or corrupted culture. Such presentations must include discussions of foundational presuppositions. If teachers are unwilling to present the best resources on both sides of the debate or unwilling or unable to discuss neutrally foundational presuppositions, then they have a pedagogical obligation not to introduce the topics. If they present only affirming views of these movements, they transform education into indoctrination. If they believe reading criticism of these movements will make some students too uncomfortable, they should avoid the topics. If they believe students are too young to understand the foundational presuppositions, then the topics are age-inappropriate. I would argue that most public school teachers are intellectually ill-equipped to address the foundational presuppositions, which are critical to the entire project mandated by this law.”

I also addressed the reason we don’t see leftists fighting for the roles and contributions of polyamorists and zoophiles to be taught to children and teens, which is that lawmakers and “educators” understand that teaching about their roles and contributions would contribute to normalizing polyamory and zoophilia, which they don’t want to do because they’ve concluded polyamory and zoophilia are immoral. And there you have it: Lawmakers and “educators” are imposing their moral beliefs about homosexuality and opposite-sex impersonation on Illinois children.

Leone initially told me her article would be published sometime the following week. When it wasn’t, I asked her when it would be coming out. On Monday night, Sept.2, she told me it would be out Tuesday and told me this:

We had a limited amount of space to work with and your interview did not get included, but your perspective still helped inform the article, so thanks for your time anyway.

Then Monday, I read her front-page, lengthy, 2,136-word article. For perspective, the average newspaper article is between 600-1,500 words.

Here are just some of the nuggets of Fool’s Gold in Leone’s biased advocacy masquerading as a news story:

Note that the law mandates that indoctrination must begin before eighth grade. And it must include contributions to state history made by homosexuals and opposite-sex impersonators, which tells you that the contributions chosen will not be based on historical or cultural significance but on the sexual predilections of contributors.

What about the young people who experience other types of powerful, unchosen, seemingly intractable subjective, internal desires that they choose to act upon? What if they or their many parents identify as polyamorous? What if they identify as kinksters or zoophiles? Should people from those marginalized communities have an opportunity to see themselves in those who came before them and recognize they are not alone?

When I pose this question to “progressives,” they get all judgy-judgy, huffing indignantly that it’s offensive to compare homosexuality or opposite-sex impersonation to zoophilia or any other sexual identity they view as disordered or immoral. Their indignation reveals that the Leftists who run the Springfield swamp and public schools have, indeed, arrived at ontological and moral conclusions about homosexuality and opposite-sex impersonation and treat them as indisputable facts. And now they’re imposing their subjective beliefs on all Illinois families who have the misfortune of not having a choice on where their children are educated.

President of the Illinois Association of Regional Superintendents of Schools, Mark Klaisner (who carries around a bit of baggage), who is “Helping compile resources for schools to draw from,” whines about the possibility that the “vagueness” of the law will result in schools not indoctrinating enough:

Can’t have positive portrayals of what many view as sexual perversion be foisted on other people’s children for a mere unit. That’s not nearly enough time for propaganda to take effect.

Imagine an “educator” saying, “a simple unit or a few lessons about polyamory or Genetic Sexual Attraction at one grade level is insufficient.”

Even more troubling is feckless Klaisner’s view on the appropriate age at which to introduce children to ideas about homosexuality and opposite-sex impersonation:

Third grade—an age at which children are wholly incapable of understanding the conservative and “progressive” foundational assumptions about homosexuality and opposite-sex identification—is the age by which Klaisner wants these topics introduced.

Michelle Vallet, mother of a daughter who “identifies” as (which in plain language means pretends to be) a boy, disagrees with Klaisner:

There you have it in plain, unguarded English. The goal of Leftists is to use curricula, taxpayer money, and captive audiences to normalize abnormal, disordered sexuality.

Leone writes that one of the law’s sponsors, State Representative Anna Moeller (D-Elgin), is not yet satisfied:

Then Moeller trots out the tired and absurd comparison of homosexuality and opposite-sex identification to race:

In the way schools have become required to teach about African Americans, Latinos, women and other marginalized communities, now they’ll be required to include… some discussion of LGBT.

Moeller doesn’t explain in what specific ways homosexuality and opposite-sex impersonation per se are like race or biological sex per se. Nor does she say whether she ultimately wants schools to be required to discuss all “marginalized communities” or just the ones whose volitional acts she deems morally acceptable.

Yikes! A high school teacher wants the works of an ephebophile (i.e., an adult who is sexually attracted to teens) to be taught in government schools in order to change the perception of teens toward homosexuality? Harvey Milk was a “short-tempered demagogue” and ephebophile who exploited multiple suffering teen boys for his own sexual gratification. And he was not a martyr for the cause of “equality.” He was murdered for “petty” political reasons by a supporter of “gay rights.” Milk was also a friend and promoter of cult leader Jim Jones. Are schools now going to teach positively about the “roles and contributions” of ephebophiles and murderous cult leaders?

Perhaps high school teachers should teach Cult City: Jim Jones, Harvey Milk, and 10 Days That Shook San Francisco. And English teachers who teach The Laramie Project should include as a companion piece The Book of Matt: Hidden Truths About the Murder of Matthew Shepard written by homosexual journalist Stephen Jimenez.

The only “opponent” of the law Leone cited in her article was retiring State Representative Margo McDermed (R-Mokena) who voted against the “LGBTQ” school indoctrination bill but only for fiscal reasons:

With Republican friends like this, conservatives definitely don’t need enemies.

Experience both in my current job and my former job in the writing center at Deerfield High School has taught me that many—perhaps most—”progressives” violate with regularity their purported commitments to tolerance, respect for diversity, inclusivity, and critical thinking. They substitute epithet-hurling for argumentation and evidence, and they censor dissenting views. As everyone knows, this is most common when it comes to issues involving homosexuality and opposite-sex impersonation. What is remarkable and troubling is that the hatred of progressives is virulent and directed at those who hold theologically orthodox views, including those who are Catholic, Orthodox, Protestant, and Orthodox Jews.

My views on these issues are historical, mainstream theologically orthodox views. They are not fringe positions. I’m just willing to express them publicly. And why do so few Orthodox, Catholic, and Protestants express their views as boldly and publicly as I do (and as progressives express theirs)? They recoil from being falsely called “haters” or losing their jobs. Toxic progressivism has led to religious discrimination of a kind never seen in America, and it’s getting worse.

It’s also remarkable and troubling that the Chicago Tribune seems so incurious about these topics. There are brilliant men and women writing about these issues eloquently, intelligently, and piquantly. I suspect most Trib writers and editors (and public school teachers and Springfield swampsters) haven’t heard of them, haven’t read their material, and don’t have any interest in interviewing them for articles, book talks, or festivals.

Perhaps the Trib’s incuriosity is bolstered by the bias evidenced by news reporters like Hannah Leone who must have thought I just tumbled off the proverbial turnip truck. She seemed to think I would believe that in a front-page, 2,100-word article, she had insufficient space to include anything from our interview or any comment from any other conservative opponent.

I’m not sure how my “perspective helped inform the article” as Leone claimed it did unless she’s referring to this one sentence about opposing positions: “But some detractors see the state forcing local districts to promote an agenda conflicts with their personal or religious beliefs.” If so, wow.

Word to presumptuous lawmakers and propagandists who identify as educators and journalists: It is not the role of government-employed teachers to make students feel good about their subjective sexual feelings—not even those sexualities that Leftists have deemed the darling identities ‘o’ the day.

Word to conservative parents: GET OUT OF PUBLIC SCHOOLS!

Word to churches: Help parents get their children out.