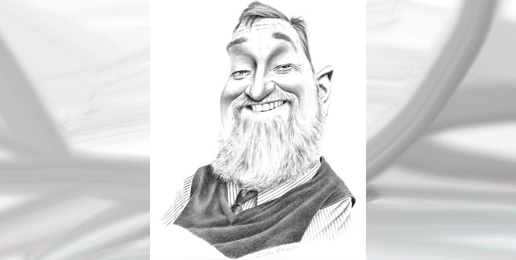 I was hoping not to wade into the gutter with the critics of Douglas Wilson, who in IFI’s view is one of the most important truth-tellers on the corrupt American scene. But the calumny hurled at Wilson is so manifestly unjust that we cannot remain on the curb any longer.

For those who don’t know Douglas Wilson, he is a faithful, wise Christian, a theologian, and pastor of Christ Church in Moscow, Idaho with the increasingly rare gift for foreseeing where intellectual trends are leading both the church and the culture and for fearlessly warning against these trends. He is a brilliant writer with a gift for incisive metaphor and biting satire, which he has employed to critique, among other things, toxic feminism, toxic un-masculinity, unbiblical egalitarianism, the failure of churches to apply biblical church discipline, and “pomosexuality” (i.e., post-modern sexuality, including “trans”-cultism).

Wilson is semi-regularly attacked in an unholy effort to destroy him by false allegations, innuendo, lies of omission, and idiotic out-of-context memes. All of these tactics are aided and abetted by the poor reading skills of Americans, a stubborn refusal to do the hard work of closely and objectively examining sensationalistic allegations, and a faux-Victorian sensibility that sends some to the fainting couch following an encounter with toasty rhetoric (as opposed to church lady-approved milquetoasty rhetoric).

The most recent attack comes by way of that purveyor of wisdom and virtue: Vice Magazine—or as Wilson aptly calls it Vile Magazine. In an article titled, “Inside the Church That Preaches ‘Women Need to Be Led by a Firm Hand,’” feminist and opponent of theological orthodoxy, Sarah Stankorb, admits to interviewing only “12 former and current church members and Logos students.” Logos schools is the K-12 school founded by Christ Church.

For some perspective, Christ Church currently has 900 members. Logos school has 562 current students and 583 alumni. And the college affiliated with Christ Church, New Saint Andrews, currently has 196 undergraduate students and 40 graduate students, and has issued over 500 Bachelor of Arts degrees. Anyone could find a dozen disgruntled complainants from among well over 2,000 to gripe about any institution, pastor, or teacher.

Maybe, just maybe, Christians want the freedom and ability to do some of the things leftists, who control public K-12 schools, most colleges and universities, and publishing companies, enjoy.

Stankorb tells the story of a woman called “Jean” who details her abusive marriage, implicating unnamed leaders of Trinity Reformed—a Christ Church plant—as facilitators of her abuse, none of whom were Doug Wilson.

“Jean,” whose real name is not used, alleges that since she divorced her husband and left Christ Church, her car has been vandalized multiple times and she’s been called “whore, b*tch, and c*nt,” online. None of the miscreants have been named. And neither Stankorb nor “Jean” provided any evidence that Doug Wilson or Christ Church leaders or parishioners were involved in any of these offensive acts.

The pseudonymous “Jean” also told Stankorb that an unnamed man in Christ Church “told her a man is allowed to rape his wife.” Again, not Wilson, and the article did not say that “Jean” shared this comment with Wilson who has made it clear that he abhors marital rape as does every other decent man.

Stankorb brings up two of Wilson-haters’ favorite stories, and she does what all Wilson-haters do: She gives astonishingly short shrift to very complicated stories several of whose central characters have lied (not Wilson) and subsequently admitted to lying (not Wilson). Stankorb likely assumed that very few readers would take the time necessary to research the stories in depth.

The Bible commands Christians to “judge with righteous judgment,” so here is a link to information provided by Wilson on these two controversies for those interested in seeing evidence before forming judgments.

And here’s a link to information provided by Wilson on other controversies ginned up by secular leftists and Christians who hate complementarianism and piquant rhetoric.

I must acknowledge that Stankorb is a skillful writer, and by “skillful,” I mean cunning. She writes in such a way as to be able to claim she was truthful, while tainting Wilson’s character through innuendo and critical omissions.

Stankorb, whose previous articles expose her personal animus toward theological orthodoxy, goes on to criticize Wilson indirectly by criticizing his father, the liberal townies’ feelings about Christ Church’s land purchases, Christ Church’s disciplinary policies and theological positions, and Logos School’s dress code and biblical beliefs on the nature and roles of men and women.

Another of the Wilson critics cited by Stankorb is Sarah Bader who identifies herself as a “cult fighting” “atheist” and “humanist.” As evidence of just how dishonest Bader is, she posted this quote on her Twitter feed implying it was about Wilson:

Let me be clear, strange grown men cannot go around bending near-pubescent girls over desks to spank them then be surprised when somebody brings up the obvious sexual element.

That quote was not written by Bader, and it was not about Wilson. It was written by another woman Stankorb cited, Kamilla Niska, on her Facebook page on September 29, 2021 at 8:12 a.m. And it wasn’t written about Wilson but about a former Logos teacher and current superintendent Matthew Whitling, whom Niska alleges spanked her to get his sexual jollies.

Those who aren’t members of the “Believe All Women,” club would need more than this allegation to condemn Whitling. Moreover, there is no allegation from Niska that Wilson had any knowledge of the alleged spankings.

Three years ago, in a condescending effort to mock sexual purity by mocking “purity rings,” Bolz-Weber asked her disciples to send their rings to her, after which she melted them and had them sculpted into a statuette of a vagina, which she ceremoniously presented to feminist icon Gloria Steinem.

In analyzing this act, Wilson used the word that best describes the shockingly evil, obscene rebellion against God’s creation and moral order to which Christians have become desensitized:

Bolz-Weber most certainly does understand symbolism, and she also understands—just as well—the utter inability of conservative critics to read or understand what she is saying by that symbolism. Here we have two feminist women, created by God to be the image and glory of man, and in high rebellion against that glory one of them makes a symbolic idol out of purity rings, in order to celebrate impurity. …

So let me tell you what this symbolism really means. This is what they are saying. They are shamelessly declaring to the world that they are just a couple of c*nts.

Wilson was decidedly not calling any women “c*nts.” He was saying that’s what Bolz-Weber and Gloria Steinem are, in effect, calling themselves by their actions. To bowdlerize their work by prettifying the description would be to allow Christians to continue in their blithe indifference and inadequate responses to the gangrenous rot that now engulfs America’s children.

Some of Wilson’s critics cherry-pick Scripture to condemn Wilson but ignore the part about exposing the unfruitful works of darkness. Do they agree with C.S. Lewis that Christians “must be trained to feel … disgust and hatred at those things which really are … disgusting and hateful”? (emphasis added)

A lesser but likely problem attendant to all this judgy-judging is that once Christians make repeated public indictments of a fellow Christian, pride can begin to creep in, providing an incentive to maintain their position even in the face of countervailing evidence. In fact, pride incentivizes tightly squeezing closed their eyes, plugging their ears, and stopping up the access and passage to remorse.

As the saying goes, this isn’t Wilson’s first rousing rodeo. He has been attacked before by both the evangelical right (of which I am a part) and the secular left. Some of the rage against him is now spilling over onto Illinois Family Institute. We are accused of inviting him to speak and promoting his work.

We have invited him to speak, and we promote his work because we believe he is one of the truly good guys in the cultural war between light and dark. And we have examined the allegations against him and found them false.

We have looked at the biblical consonance of his words, the soundness of his prognostications, the wisdom of his advice, and both sides of the allegations against him and believe he is more than worthy of support.

We at IFI are accustomed to attacks, generated ultimately by the father of lies whose goal is to marginalize and destroy truth-tellers. Satan delights in destroying the ability of Christians to expose the unfruitful works of darkness and preach the whole gospel, including the culturally inconvenient bits.

While some Christians may not like Wilson’s writing style, many others do. Both the content and style inspire and embolden them. What those who detest his style believe is not merely that Wilson should not write the way he does but that no Christian should. I’ve been told that no Christian should ever use “sarcasm” or “call names”–not even when discussing evil and those who promote it. Those Christians probably hate Juvenal and Jonathan Swift too.

For your edification and enjoyment, here are some YouTube videos of Pastor Doug Wilson at IFI events:

Should Christians Send Their Children to Public School?

Should Christians Use Transgender Pronouns?

What is a Christian Worldview?

How is Transgenderism Unbiblical?

An Interview with Pastor Doug Wilson (2015)