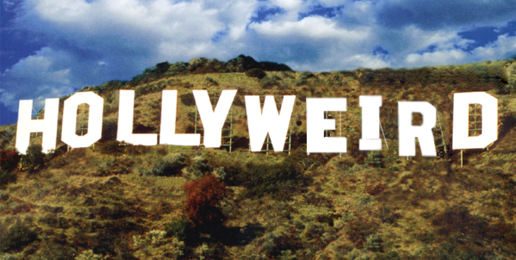 A common refrain when people lament violence, sex and f-bombs in movies, goes: “How did we get from the golden days of Hollywood to this?”

Actually, Hollywood, with many notable exceptions, has been at war with decency and American values since its inception. It just wasn’t as starkly apparent.

If you don’t think so, take in some of those black and white films on the Turner Classic Movies channel. Sure, you won’t get nudity, gratuitous violence, or profanity, and some are delightful.  But many are not very good, with stilted dialogue and ham acting, and certain films from the Golden Era are surprisingly subversive.

A case in point is “Theodora Goes Wild,” a 1936 “screwball comedy” that netted Irene Dunn an Oscar nomination for her role as a prim, church organ-playing small-town girl who secretly writes racy novels under a pseudonym.  Upon meeting the randy illustrator of her book covers (Melvyn Douglas), she flees from the New England home she lives in with her two uptight aunts and goes hog wild in New York as the scandalous novelist “Caroline Adams.”  We’re supposed to think this is great.

What’s most subversive is the acidic portrayal of small-town America, and particularly the church ladies. They’re uniformly unattractive, small-minded gossips, backbiters and hypocrites.

The Christian life in “Theodora” is cold, boring and the enemy of a good time.   The only spark of life comes in nightclubs, parties or scenes when the protagonists put it over on the uptight yokels.  Absent is fellowship and community, the pursuit of truth, love of family and neighbor, happiness, mutual sacrifice, and God’s love, all of which are found in a vibrant church.

The deal is sealed for hedonism when the entire town turns out with a marching band to welcome home their heroine once her cover is blown. She’s now famous for writing smut, and lives happily ever after with the illustrator. Nobody but a prude would object. Life is colorful once more.  A literal version of this theme of salvific sex is expressed in “Pleasantville” (1998).

In a larger sense, this is where we find ourselves today. There’s no need for Hollywood to employ subtexts to attack the moral order when we’re already drowning in a sea of sensations. Unless you’re Amish, staying free from the pornified culture is like trying to focus on small print with a tiny book lamp in the middle of the Vegas strip.

Still, technology is only one powerful element.  The main factor is the mid-20th Century sexual revolution, in which morality, sexual roles, family and what constitutes the good life were upended.

In his 1941 opus “The Crisis of Our Age,” Harvard sociologist Pitirim Sorokin traced the waning of traditional American norms to just before World War II, when advertising imagery and movies became increasingly sensual.  America was an ideal-driven culture that honored virtue, duty and delayed gratification.  Then it began to slide toward a sensate culture that valued cultivating and sating appetites above all. Sorokin compared it to the decline of Greece and Rome, whose art evolved toward the sensual as the empires declined.

In his classic “Brave New World,” Aldous Huxley envisioned a future in which every need was met and sex was noncommital.  Anyone experiencing discomfort could take the drug “soma” to zone out on “soma holiday.”  Unlike our opioid crisis, people did not overdose on soma, but both dull the body and soul.

So here we are, with every conceivable way to gratify our appetites.

Are we happier? Does constant pursuit of sensations bring sustained joy? Not likely. That comes from purpose, accomplishment, and close bonds with family and friends.  It comes from knowing that we’re valued and loved by a creator God Who cares enough to give us rules to live by, and, as shown in Jesus’s parable of the prodigal son, forgiveness and reconnection.

Hollywood turns out some good flicks now and then, and there’s always hope for more uplifting fare even beyond the wholesome stuff on the Hallmark Channel. Three years after scripting “Theodora Goes Wild,” Sidney Buchman was nominated for a screenplay Oscar for “Mr. Smith Goes to Washington.”