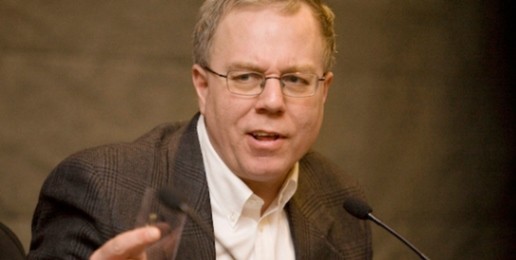 The Mainstream Media and Its Ignorance on Marriage
Written By Laurie Higgins   |   06.02.14
PRINT

How do we know that Chicago Tribune columnist Eric Zorn is foolish? Well, let’s take a look at Sunday’s column and count the ways:

1.) He believes that the same-sex marriage debate will “fade into history.”

2.) He believes that “ten years from now, when a betrothed or married couple is same-sex, it will be just as matter of fact as to a couple today being interfaith or interracial.”

3.) He apparently thinks the elimination of sexual complementarity from the legal definition of marriage can change non-marriages into real marriages as opposed to merely unions recognized as marriages.

4.) He has a fanciful notion that it is “progress” for the government to recognize same-sex unions as “marriages.”

5.) Zorn’s belief that if six, or seven, or 40 judges overturn the will, knowledge, and collective wisdom of thousands of Americans—many of whom could likely run intellectual circles around these hubristic judges—means next to nothing in regard to the ontological reality of marriage. What judicial hubris tells us is that we’re fast becoming a nation untethered to either the Constitution or truth. And in the process, we the people are losing both our freedoms—chief among them the free exercise of religion—and our capacity to govern ourselves.

6.) Those former supporters of true marriage who, in Zorn’s words, “have quietly folded up their tents” should be ashamed and are as culpable for the cultural damage done, including the impending persecution of dissidents and the suffering of children, as Zorn and his accomplices. While Zorn and his ideological ilk foolishly gloat, children, like the “banished babies of Ireland” are intentionally severed from their mothers or fathers. Christians have a responsibility to stand boldly for the rights of children no matter the personal cost.

More important, any church leader or lay person who folds up his tent, either abandoning God’s design for marriage and sexuality or abandoning a persistent and courageous explication of them will eventually lose respect for the authority of Scripture in other areas of life. And the abandonment of faith in the authority of Scripture undermines the entire American project which, as Eric Metaxas and others explain, depends on virtue, which in turn depends on faith.

Here are some other truths of which Zorn (and scores of foolish Americans like him) seems profoundly ignorant:

No, the debate over the nature of marriage and the government’s recognition and regulation of marriage will never go away. If “progressives”—our current public censors—don’t ban dissent on issues related to homoerotic identity politics, this debate, like the one over legalized feticide, will persist.

Protecting true marriage is second only to protecting the lives of the least among us in terms of its importance to the health and welfare of this once great nation. The twin moral crimes of legalizing the slaughter of the unborn and legally recognizing homoerotic unions as “marriages” are dramatic manifestations of the enmity between unsaved man and God.

This issue will remain until the end of this great nation or the end of redemptive history, whichever comes first.