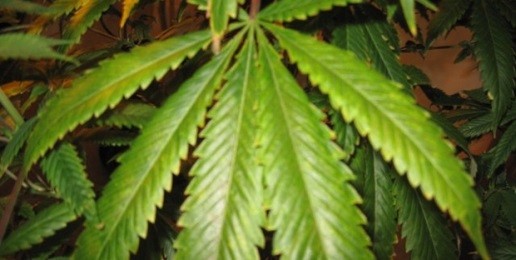 Maureen Dowd of The New York Times has attracted attention with her column about eating a marijuana candy bar and remaining in “a hallucinatory state for the next eight hours,” as she began “panting” and becoming “paranoid.” Some commentators are laughing about it. Not so funny are the reports of deaths from ingesting marijuana that Dowd cites in her column about marijuana legalization in Colorado.

“In March,” she noted, “a 19-year-old Wyoming college student jumped off a Denver hotel balcony after eating a pot cookie with 65 milligrams of THC. In April, a Denver man ate pot-infused Karma Kandy and began talking like it was the end of the world, scaring his wife and three kids. Then he retrieved a handgun from a safe and killed his wife while she was on the phone with an emergency dispatcher.”

The Wyoming college student, 19-year-old Levy Thamba Pongi, was an exchange student from Congo. Richard Kirk is the Denver man who killed his wife, Khristine Kirk, with a gunshot to her head.

“Two Denver deaths tied to recreational marijuana use” was the headline over an Associated Press story. It didn’t take long for the claim that marijuana never killed anybody to be debunked.

Regarding her own experience with the drug, Dowd said, “As my paranoia deepened, I became convinced that I had died and no one was telling me.”

I discussed both of the deaths cited in the Dowd column in my May 1st column, “Colombians Move into Colorado Marijuana Business.” On March 27th, we ran the column, “Media Continue Cover-up of Marijuana-induced Mental Illness.”

But now that liberal columnist Maureen Dowd has tackled the subject in a serious manner, connecting the dots between marijuana and mental problems, others in the media may follow suit and the rush to legalize the drug may encounter difficulties.

Most of the media reaction to Dowd, at least so far, has been amusement. On the NBC Today Show, the hosts joked and laughed about marijuana’s effects as the words, “All the pot fit to eat,” were featured on the TV screen. It was a play on words from the Times’ slogan, “All the news that’s fit to print.”

Dr. Christine Miller, who has written about the relationship between marijuana and mental illness, says, “What’s so funny about it? She [Dowd] was out of her mind.”

“I was saddened to see Matt Lauer and The Today Show crew make light of Maureen Dowd’s experience, particularly in view of the fact that the symptoms she experienced were not dissimilar to those that prompted the young college student to jump off a Denver hotel balcony after eating a pot-laced brownie,” Miller told AIM. “Matt or his co-hosts really should interview the Congolese family of that student, who must be devastated that their efforts to offer their young man a more promising future were dashed in such a manner. That would be a story worthy of our national attention.”

A powerful new book, A Voice out of Nowhere, takes the controversy to another level and may change some minds about marijuana being a so-called “soft” drug. It tells the true story of Bruce Blackman, a 22-year-old man who murdered six members of his family while under the influence of marijuana. Psychiatrists said Blackman’s marijuana addiction was a contributing factor in his psychotic break from reality and mass murder spree.

The author, Janice Holly Booth, predicts violence will increase as a result of legalization. “Once legally available, the temptation to try it is no longer tempered by concerns about breaking the law,” she says. “I think we’ll see an increase in the number of young people with as-yet undiagnosed mental illness using and abusing marijuana, and—unfortunately—a subsequent rise in violent crimes committed by them.”

Jack Healy, the Rocky Mountain correspondent for The New York Times, wrote a June 1 piece, “After 5 Months of Sales, Colorado Sees the Downside of a Legal High,” that looked at several problems caused by legalization.

But he also reported that violent crime was down. He said, “Marijuana supporters note that violent crimes in Denver—where the bulk of Colorado’s pot retailers are—are down so far this year. The number of robberies from January through April fell by 4.8 percent from the same time in 2013, and assaults were down by 3.7 percent. Over-all, crime in Denver is down by about 10 percent, though it is impossible to say whether changes to marijuana laws played any role in that decline.”

Miller believes the city of Denver is giving out misleading statistics to many news outlets, including the Times. She says there is a discrepancy in the data reported by the city and what is online from the police department.

Miller speculates that the city of Denver “wants to put its best foot forward now that the summer tourist season is just taking off.” Miller, who lives in Baltimore, Maryland, added, “It reminds me of how a certain mayor of Baltimore, Martin O’Malley, restructured the categories for reporting of murder rates here, showing a nice decline after he took office.” O’Malley went on to become governor.

“In fact,” Miller says about Denver, “overall crime has gone up. You will also see that crimes against persons have gone up 26.6 percent (particularly note the disorderly conduct arrests, up 10-fold and trespassing charges up 5-fold!). It is important to keep in mind that legalization of recreational marijuana possession and use was enacted on January 1, 2013, and murder rates jumped 50 percent during the first quarter of that year. Legalization of recreational sales was enacted January 1, 2014. If the murder rate and other violent crimes have fallen in the first quarter of 2014, they were falling from a higher point. Only more time will tell what the real trends will prove to be.”

The drug legalization movement has been mostly funded by “dark money” leftist billionaires such as George Soros. However, the libertarian Cato Institute has emerged as a big part of the campaign.

Jeffrey Miron of the Cato Institute thinks that marijuana is harmless and dismisses Kevin Sabet’s claim that people can become addicted to marijuana bysaying, “…who cares? Addiction is not, per se, a problem for society or an individual; just think about how many people are addicted to caffeine.”

The 2012 annual report of the Cato Institute (page 19) continues to show financial support from the Soros-funded Open Society Foundations, as well as the Marijuana Policy Project, BB&T, Facebook, Google and Whole Foods.

Interestingly, Cato once published a pro-drug legalization report by Glenn Greenwald, the columnist who would later became a mouthpiece for NSA leaker Edward Snowden. Cato has also distributed a podcast with Greenwald about his anti-NSA campaign.

Some of Cato’s more conservative funders may not be aware of how the organization got into bed with the Soros-funded left.

The Intolerance of the Tolerance Culture
b
a
x
r