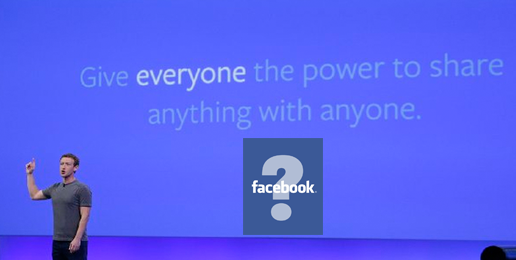 Among the reasonable and fairly well-defined criteria Twitter uses to censor content is this more ambiguous criterion: content “that incites fear about a protected group” or that “degrades someone.”

Does Twitter think it’s degrading to say “homosexual acts degrade persons”? What if homosexual acts do degrade persons? What words constitute an incitement to fear? Does it incite “fear about a protected group” to say that allowing biological males in women’s private spaces is an assault on decency and puts at risk the safety of girls and women? Does Twitter think saying “polyamory is wrong, and its normalization harms society” would incite fear about polyamorists?

Like obscenity (which Justice Potter believed he could recognize, but “progressives” clearly can’t), the powers-that-be at Facebook will apparently know dehumanizing speech when they see it.

This may explain why IFI has had so much trouble getting many of our articles boosted on Facebook. “Boosting” is, in effect, advertising. IFI pays Facebook to create an ad which is then shown to our target audience. The most recent article about which we have been battling Facebook is titled “Will ‘Progressives’ Affirm the Identity of Christ-Followers?”

The criteria used by Twitter and Facebook to justify ideological-screening remind me of the criteria high school English teachers use to do the same. The text-selection criteria exploited by “progressive” change-agents in public high school English departments around the country are so flexible, so malleable, so protean as to justify including any resource that affirms, espouses, or embodies their biases and exclude any resource that dissents from their biases.

The Left is fond of declaiming that Twitter and Facebook are private companies that have the right to establish whatever criteria they deem fit for censoring content. True, but such a declamation ignores the monopolistic nature of these two social media behemoths.

Facebook has claimed to be a neutral social media platform that merely enables or facilitates “communication and distribution of information.” Because of Section 230 of the Communications Decency Act, if Facebook were a neutral platform, it would not be liable for content. Section 230 of the Communications Decency Act is “US legislation that paved the way for the modern internet by asserting that platforms cannot be liable for content users post on their sites.”

But both in court and before Congress, Facebook has acknowledged it is a publisher and “responsible for content.” In conjunction with its shutting down accounts and censoring posts for what appear to be ideological reasons, Facebook may have lost its legal immunity. And maybe that’s just the slap upside Zuckerberg’s pecuniary noggin that’s needed to restore his commitment to a neutral platform and to protect the First Amendment rights of conservatives that are eroding right before our gullible, obsequious eyes.