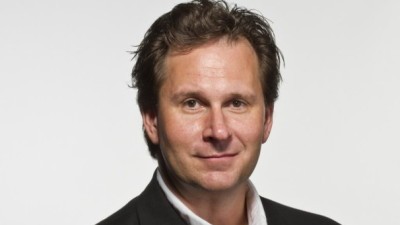 I can’t say I was surprised by Rex Huppke’s Dec. 1, 2010 front-page Chicago Tribune story on the passage of the “civil union” bill, but I was certainly disappointed by its lack of objectivity. His sources were exclusively pro-homosexual, and there was nary a word about opposition to this bill. He evidently didn’t solicit so much as a comment from anyone who finds this bill troubling.

Not only was there no discussion of the controversial nature of the bill or its potentially harmful implications, but there was also no mention of any strong arm tactics that may have been responsible for conservative lawmakers reversing their commitments to oppose the bill.

Huppke more than once introduced the hospital visit red herring, without once mentioning President Obama’sApril 15 executive order mandating that any hospital that receives Medicaid or Medicare funds allow hospital visits for same-sex partners.

And there was a curious discussion at the end of this article regarding the economic impact of this bill. Huppke quotes Brad Sears who claims that any increase in health care costs will be negligible “because the LGBT population is small and the same-sex couple population is even smaller.” And yet, this very small population of same sex couples will potentially save “tens of millions” of state dollars because once same-sex partners are joined in a civil union, their combined income may make them ineligible for social services.

Doesn’t it seem odd that due to its teeny tiny size this segment of the population will not noticeably increase health care costs, but this same teeny tiny group may potentially save social services tens of millions of dollars? I guess if the entirety of this teeny tiny group of same sex couples is on Medicaid, it could account for this huge savings.

On Dec. 3, Huppke’s next advertisement for civil unions appeared in the Trib.

It was especially troubling that Huppke chose to showcase these ignorant and smug words from Koppelman in the concluding paragraph:

The big picture is that the people that think homosexual conduct is intrinsically immoral have been spectacularly unsuccessful at passing on their views to their children….I got news for you. You’re already on the slippery slope.

Might the exploitation of public education have something to do with the transmogrification of children’s moral and political views? There is absolute censorship of all writing by conservative scholars in public schools even as students are exposed to essays, articles, plays, novels, films, speakers, and “enumerated” anti-bullying resources that espouse unproven, non-factual “progressive” beliefs about the nature and morality of homosexuality. Public school libraries carry anywhere from 50-150 resources that affirm “progressive” assumptions about homosexuality and 0 that affirm conservative views. Why doesn’t Huppke do a story on that astonishing manifestation of censorship–censorship that should trouble all educators, civil libertarians, and defenders of diversity?

I am on occasion interviewed by high school and college students. I have learned that many are spectacularly ignorant:

Now factor in the entertainment and advertising industries that promote through language and images the same unproven Leftist assumptions. Finally, throw into this toxic mix the use of invective to scorn and humiliate anyone who dares to publicly assert the belief that homosexual acts are immoral, and even Koppelman might be able to understand why the younger generation appears to be embracing the ontological and moral views of the Left.

I have been called “c**t,” “b**ch,” and “a****le”–multiple times. I have been told that I’m a “f***ing idiot” who should die–multiple times. I was recently threatened with “schoolyard” violence. And the Southern Poverty Law Center has added IFI to their “hate groups” list. Might this kind of vitriolic bullying contribute to the transformation of the moral views of young people or at least to their silence?

Neither I nor anyone affiliated with IFI has ever advocated hatred or violence. In fact, we have advocated against both. We neither express hatred nor feel hatred, but that’s irrelevant to the contemporary promoters of diversity and tolerance. If anyone dares to express his conservative moral claims with as much boldness and conviction as “progressives” do theirs, he will be on the receiving end of shocking hostility, lies, and invective.

It might have served both the cause of journalistic integrity and enlightened discourse if Huppke had bothered to explore the propagandistic tools that are shaping the public debate on homosexuality.

I have a question for the powers-that-be at the Chicago Tribune: Do you believe that Rex Huppke is covering the homosexual issue in general and the civil unions issue in particular fairly and objectively?

Perhaps Mr. Huppke could be reassigned to the editorial page and leave reporting to someone with the professional integrity to write objectively.