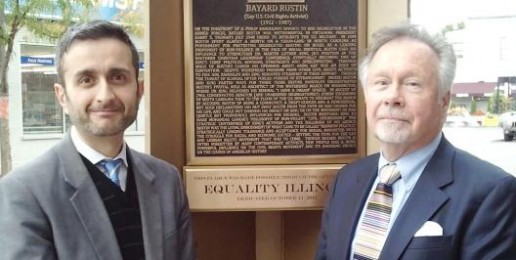 An Open Letter to Equality Illinois and the Chicago Phoenix
Written By Laurie Higgins   |   10.20.12
PRINT

This is an open letter to both the Chicago Phoenix, an online “LGBT” news source, and the homosexual activist organization Equality Illinois in response to defamatory and unsubstantiated statements made by Bernard Cherkasov, CEO of Equality Illinois, and appearing in articles written by Katherine Iorio and Tony Merevick about the East Aurora High School gender confusion policy.

Both Iorio and Merevick quote Cherkasov as saying that IFI spreads “‘venomous lies,'” and according to Merevick, Cherkasov also said that  “‘The Illinois Family Institute, designated a ‘hate group’ for its Nazi and racist hate speech, is generating the hate and the heat.'”

The “hate group” designation comes from the Southern Poverty Law Center (SPLC), which created the hate groups list, decided which groups they wanted on it, and then several years later manufactured loosey goosey criteria that would justify their inclusion of groups they hate on their hate groups list.

If Cherkasov is going to make defamatory public claims like these, he has an ethical obligation to provide clear evidence from our website to support them.

And if Iorio and Merevick are going to quote such defamatory claims, they have an ethical obligation to ask for his evidence, that is to say, quotes from IFI, to support them.

We have never employed “Nazi and racist hate speech,” (or, for the record, any other kind of hate speech).  Nor do we “spew venomous lies.”

If Mr. Cherkasov cannot provide textual evidence from our website that proves that we have employed “Nazi and racist hate speech,” or disseminated lies (i.e. deliberate and known falsehoods), then Cherkasov, Iorio, and Merevick owe us a public apology.

Point of clarity: What IFI consistently claims is that we believe volitional homosexual acts are not moral acts and that crossdressing and elective amputations of healthy body parts are not moral acts. Expressions of belief about what constitutes immoral behavior do not constitute hatred of persons. If Cherkasov were to apply consistently the principle that he and the ethically impoverished and intellectually vacuous* Southern Poverty Law Center hold, which is that IFI’s moral claims about volitional acts constitute hatred of persons, then anyone who expresses any belief about what constitutes immoral behavior would have to be considered guilty of hating persons.

The reality is that most people in this diverse United States are fully capable of tolerating, delighting in the company of, and even loving those whose beliefs, values, attractions, and behavioral choices they find wrongheaded. Most of us do it everyday. Cherkasov and the SPLC ought not project on to others their own inability to love and treat civilly those with whom they disagree. Nor should they make vicious, unsubstantiated, and false statements about them.

* In other articles, I have provided ample textual evidence for my claim that the SPLC is ethically impoverished and intellectually vacuous.

Laurie Higgins
Laurie Higgins was the Illinois Family Institute’s Cultural Affairs Writer from the fall of 2008 to early 2023. Prior to working for the IFI, Laurie worked full-time for eight years...
Full bio and more from Laurie Higgins
b
a
x
r