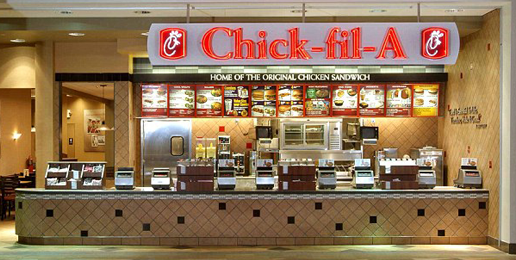 When Chick-fil-A announced the change in its charitable donation process on Nov. 18, the faith-based social media world reacted swiftly. Some with shock and disbelief, others with anger, and then there were those who went on the defensive.

It all began when Chick-fil-A President and Chief Operating Officer Tim Tassopoulos told the website Bisnow, “There are lots of articles and newscasts about Chick-fil-A, and we thought we needed to be clear about our message.” With its charitable giving contracts expiring at the end of the year, the Atlanta-based restaurant chain said it is taking the opportunity to “focus on three initiatives with one accompanying charity each: education, homelessness and hunger.”

The “message” it wanted to be clear about appeared to be its stance on LGBTQ issues. The Salvation Army and Fellowship of Christian Athletes are two of the 300 charities Chick-Fil-A has been making charitable donations to and they have received the most criticism by detractors who consider them to be anti-LGBTQ.  Bisnow reported Tassopoulos said, future charitable “partners could include faith-based and non-faith-based charities, but the company said none of the organizations have anti-LGBT positions.”

Many see this as a betrayal. Though Chick-fil-A is a business with a bottom line to uphold, many believers have gone out of their way to support Chick-fil-A in the culture war, seeing an ally in the corporation. Online they cited articles from Christianity Today and Rod Dreher in the American Conservative.

When LGBTQ groups were calling for boycotts of the fast-food restaurant, people of faith were the ones who stood in long lines around the stores to show their support for shared Biblical values on “Chick-fil-A Day.” Now some of these same people are calling for their own boycotts of Chick-fil-A.

Others defended the restaurant arguing that Chick-Fil-A is still a corporation with Christian values and is doing good in the communities they serve. They also say as a business it is free to make its own decisions. Besides, they argue, “Who can fault donating to charities that help provide education, help the homeless, and give food to the hungry?” The defenders were quick also to point to an article written for Relevant Magazine claiming to know “what’s actually going on.”

Here’s what’s actually going on is. Many feel betrayed and it hurts.

Bible believers are watching the culture move away from its Biblical foundation. There was a feeling of “we are in this together.” Now there isn’t. As they saw it, Chick-fil-A was not discriminating in its hiring practices or in who it serves. The Salvation Army serves all who are in need no matter their sexual orientation. The Fellowship of Christian Athletes is an organization for Christian athletes with Biblical guidelines. That’s just how members-only groups work. To them, this move is a rejection and an acceptance of the smear against faith-based organizations, especially at Christmas.

It remains to be seen how this plays out for Chick-fil-A, its faith-based customers, and for the LGBTQIA groups who have opposed and boycotted them. Will the latter now welcome Chick-fil-A with open arms? It will be interesting to watch in the coming weeks.