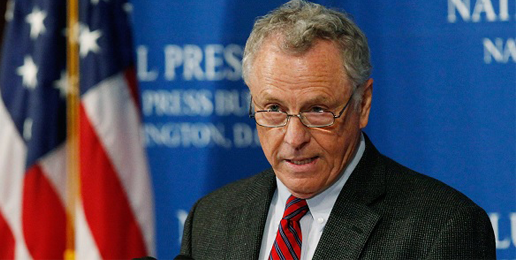 It appears that the Southern Poverty Law Center (SPLC) is having a long overdue comeuppance.Seven years ago, inspired by SPLC’s “hate map,” a gunman walked into the Family Research Council (FRC) in Washington, intending to massacre the staff and then stuff Chick-fil-A sandwiches in their faces.FRC is among many Christian organizations targeted by the SPLC for pro-family stances. During the 1990s, FRC helped draft the Defense of Marriage Act and defended the right of the military and the Boy Scouts to adhere to traditional morality. Over the years, FRC has produced a mountain of meta-research papers that debunk the many spurious studies fed to the media by the LGBTQ activist movement.It was more than enough to get FRC placed on the Southern Poverty Law Center’s “hate map,” a profoundly defamatory instrument that inspired Floyd Lee Corkins II to try to commit mass murder that day in August 2012.

The young gay activist would have succeeded and perhaps gone on to other Christian targets on his list if not for the heroics of building manager Leo Johnson, who was shot in the arm but managed to disarm Mr. Corkins and wrestle him to the ground.

Mr. Corkins pleaded guilty to three felonies, including an act of terrorism, and was sentenced to 25 years in prison.  He told the FBI that the SPLC’s “hate map” led him to FRC’s door.

The SPLC is now ensnared in a scandal that has cost the group its leadership and, it is hoped, its misplaced credibility with law enforcement agencies and corporations.

U.S. Senator Tom Cotton, Arkansas Republican, has written to the Internal Revenue Service asking for an investigation into the tax-exempt status of the SPLC, which he described as a “racist and sexist slush fund devoted to defamation.”

The senator’s action came on the heels of the firing of SPLC co-founder Morris Dees for misconduct and the resignation of Richard Cohen, who had been SPLC’s president since 2003.

The Montgomery, Alabama-based SPLC, which earned a national reputation in the 1970s for taking on the Ku Klux Klan, had been the gold standard for determining what constitutes a “hate group.” From the U.S. Justice Department on down, the SPLC’s “hate” listings were widely used to identify violent extremists.

Housed in what’s nicknamed the “poverty palace,” the SPLC has an endowment exceeding $500 million, including $120 million in offshore accounts. After defeating the Klan, the group needed new enemies on which to raise millions of dollars via direct mail.  To the delight of LGBTQ activists, the SPLC began placing Christian conservative groups alongside skinheads, Nazis and the Klan in its materials and on the “hate map.”

In an April 4 Wall Street Journal article, “We Were Smeared by the SPLC,” ADF Senior Vice President Kristen Waggoner relates how the “hate” designation is anything but harmless.  She saw “the word ‘HATE’ plastered in red letters on a photo of my face” on a Google image-search. “Days after I argued the Masterpiece Cakeshop case in front the U.S. Supreme Court, I found the window of my car shot out in my church parking lot after a Sunday service.”

As the SPLC wallows in its own bile, it would be natural to take pleasure from their troubles, especially given the ruthless way they’ve treated their victims.  As David wrote in Psalm 57:6: “They have prepared a net for my steps … they have dug a pit before me; Into the midst of it they themselves have fallen.”  It’s not wrong to appreciate when a bully gets smacked and justice prevails.

However, Psalm 24:17-18 also warns against schadenfreude: “Do not rejoice when your enemy falls, and let not your heart be glad when he stumbles, lest the Lord see it and be displeased, and turn away his anger from him.”

While still insisting on justice, we might learn from Leo Johnson, who has metal rods in his shattered arm.  At Floyd Corkins’ sentencing, Leo recalled that after disarming Mr. Corkins, he refrained from shooting him because, he said, God spoke to him, telling him not to.

“I forgive you but I do not forget,” he told Mr. Corkins. “If you believe in God you should pray to Him every day because not only did God save my life that day – He saved yours, too.”

All this said, the media and corporate America should refrain from using the SPLC as a source until it cleans up its hateful act and stops smearing people.

The Uses and Abuses of Hate