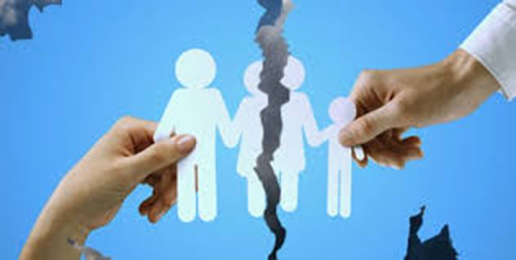 In God’s grand design for this world, He masterfully created man and nature, and in such a way that man and each critter would not be alone.

And God admonished Noah, after the flood Genesis 9:

And God blessed Noah and his sons, and said unto them, Be fruitful, and multiply, and replenish the earth.

Children were the natural result of marriage, a blessing from the Lord:

Children are a blessing and a gift from the Lord.

Millennia later, the foundation of society remains the family: one man married to one woman, bearing children within that covenant relationship. That is the recipe for true joy and intrinsic success; a safe and loving setting for man and wife and their offspring.

And thou shalt write them upon the door posts of thine house, and upon thy gates:

That your days may be multiplied, and the days of your children, in the land which the Lord sware unto your fathers to give them, as the days of heaven upon the earth.

The Apostle Paul pens in Ephesians more instruction for parents and children:

Children, obey your parents in the Lord: for this is right.

Honour thy father and mother; which is the first commandment with promise;

That it may be well with thee, and thou mayest live long on the earth.

And, ye fathers, provoke not your children to wrath: but bring them up in the nurture and admonition of the Lord.

So the formula was set: a man and wife should have children and raise them steeped in love and love of God’s word, and children were to respect and honor their parents. Sons and daughters first learn of a father’s love from their dad. Sons learn how to love a future wife as they watch their father tenderly cherish their mother. Daughters learn how a good husband treats his spouse as they watch their father esteem their mother second only to God Himself.

When people stray from this setting, this “best” recipe for flourishing within the family, the repercussions are stunning.

Dr. Paul Kengor has written a tremendous book, Takedown: From Communists to Progressives, How the Left Has Sabotaged Family and Marriage. On pages 4 and 5:

A mess of marriage, of course, means a mess of the family. And as families fall apart, so does society. Research has confirmed time and time again that the best situation for a child is a two-parent home with a mother and father, which should always be the goal of any culture of polity.  Sociologists know this; their own studies show it. Common sense and experience show us. Children who grow up with the presence of a mother and father are less likely to be poor, to end up in prison, or to get addicted to drugs.

Also, they are generally healthier, stronger and more successful. The most common denominator among men in prisons is not racial or ethnic background, not income or class distinction, not high school or college diploma, but whether or not they grew up with a father in the home.

In a speech for Father’s Day 2008, Senator Barack Obama was emphatic in championing fatherhood: “We know the statistics — that children who grow up without a father are five times more likely to live in poverty and commit crime; nine times more likely to drop out of schools and 20 times more likely to end up in prison. They are more likely to have behavioral problems, or run away from home, or become teenage parents themselves. And the foundations of our community are weaker because of it. . . Of all the rocks upon which we build our lives. . . family is the most important. And we are called to recognize and honor how critical every father is to that foundation.”

Dr. Alan Keyes remarked in an interview with World Magazine decades ago:

People like to ascribe disintegration of the family to poverty and joblessness — that’s all a lie. Black folks were poor and they didn’t have access to jobs and there was a rigid system of discrimination. Yet, after the Civil War they put families back together and sustained then at high rates: 75 to 80% of all children being raised in two-parent households, all the way through the 60’s.

The sexual revolution combined with Johnson’s Great Society and the expansion of welfare which rewarded childbearing out of wedlock. Add to that the explosion of no-fault divorce and very rapidly God’s design was shattered.

It should come as no surprise then, when studies bear out the bad consequences of casting aside God’s perfect design of two parents, man and wife, raising children.

One such recent study was written up at Family Studies, “Parental Divorce Can Have a Lasting Effect on Children’s Health.”  Author Anna Sutherland notes:

Sociologists Jason Thomas of Penn State and Robin Högnäs of the University of Louisville used longitudinal data on almost 15,000 adults born in 1958 in England, Scotland, and Wales to explore how the timing of parents’ divorce affects people’s health later in life. Their findings, published in Longitudinal and Life Course Studies, suggest that experiencing parental divorce before the age of seven has a greater long-term effect on health than experiencing the same thing later in childhood.

Thomas and Högnäs discovered that parental divorce in childhood was positively associated with worse self-reported health at age 50, “but the estimates are significantly different from zero only…during the youngest age interval” (birth to age seven). Parental divorce in this period was also linked to lower physical functioning and to the number of health problems reported at age 50, though results for the latter were not statistically significant.

Socioeconomic status and health behaviors—smoking in particular—emerged as the most important factors, with emotional/behavioral problems coming in third. In other words, it appears that early parental divorce puts people at a slightly greater risk of poor health at age 50 primarily because it leads to a decline in families’ socioeconomic status, an elevated risk of behavioral problems in late childhood, and an increased propensity to smoke in adulthood.

All too often flippant modern advice suggests that children are resilient and divorce will have no lasting impact as long as there remain some ties with the mother and father, that a divorced family is only different in setting and geography.

But as with most of life, we learn that God’s design was best all along.

The Creator envisioned a safe place, a loving place, for children to be reared, for values to be caught. When done right, a marriage and family impacts generations with blessing.

When those biblical precepts are cast aside, people are impacted and lives mucked up, and children bear out this lesson as the living victims of divorce.