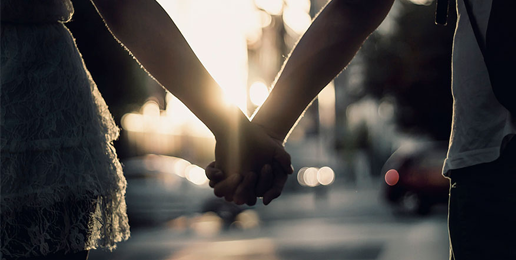 Marital challenges and changes are not often on the minds of the young or newlywed.  However, five or ten years into a marriage and the dreams of a honeymooning couple can fade pretty quickly as the pressures of family life, work, or finances bear down on day to day living.  Compounding this are cultural messages that run counter to family, fidelity, and marriage.  This occurring alongside a high level of divorce, can make the idea of a happy lasting marriage going into a couple’s senior years seem difficult or unlikely.

Some studies have found that marital happiness does decline over time.   However, a new study by sociologist Paul Amato challenges the notion that couples that stay married are headed for an unhappy time in their golden years.  The study titled, “Changes in Spousal Relationships Over the Marital Life Course,” is the first to compare the relationship trajectories of spouses who stayed married to the those who eventually divorced.  It is also one of a few to follow couples for decades, which means it included a substantial number of couples in long-term marriages.

They found that marital quality actually improves over the years for couples who don’t split up. Specifically, although marital happiness declined slightly in the early years of marriage, it improved after about 20 years for most longtime married couples, while discord improved continuously over time. Shared activities—like recreation, eating dinner, or visiting friends together—also improved after about 20 years. The study points out “about half of all marriages last a lifetime, and the long-term outlook for most of these marriages is upbeat, with happiness and interaction remaining high and discord declining.”

The Institute for Family Studies conducted an interview with Dr. Paul Amato about his study that you can read and learn more about his findings HERE.