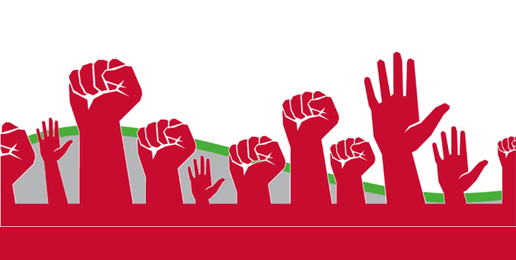 What is social justice? Is it a virtue, a philosophy?

Social justice encompasses economic justice. Social justice is the virtue which guides us in creating those organized human interactions we call institutions. In turn, social institutions, when justly organized, provide us with access to what is good for the person, both individually and in our associations with others. Social justice also imposes on each of us a personal responsibility to collaborate with others, at whatever level of the “Common Good” in which we participate, to design and continually perfect our institutions as tools for personal and social development. [1]

Or is it pretty much just action?

It is not a bunch of privileged academics patting themselves on their backs and making pronouncements that are so vague that you cannot figure out what was promised. It is not yet another institute named for another community leader that produces nothing tangible.

Social justice is a belly full of wholesome food – every single day.

Whatever a speaker means by “social justice”, is there any actual justice in it? Let’s find out.

An online dictionary defines “justice” as:

That is, justice means having some standards by which your deeds or work will be measured, and then being impartially judged against those standards.

In the United States our laws, our justice, are based on English common law.[4] In turn, this comes from a Bible-based culture. America still expects its laws to agree with what the Bible says about right and wrong.

Our laws bring individuals before the courts, to judge them innocent or guilty. We don’t try groups of people, but rather charge each individually. There is no legal concept of group guilt or “it is society’s fault.”

What distinguishes justice from mere courtroom proceedings is the expectation of even-handedness. The participants expect that the judge, and jury if there is one, will impartially examine the facts and rule on them. They must not favor a person because of wealth, fame, power, or race. The Bible has plenty to say about having honest courts.[5]

Social Justice is not Justice

Regardless of how of Ms. Silva[6] feels about it, if social justice is to rise above mob violence then we have to define it. Wikipedia says this about social justice:

Social justice is a concept of fair and just relations between the individual and society. This is measured by the explicit and tacit terms for the distribution of wealth, opportunities for personal activity, and social privileges.[7]

There are many other definitions like it. They don’t deal with standards for behavior, about right and wrong. Rather, they care about transferring money and privilege between groups.

The social justice definitions amount to roughly this: Social justice is merely a conversational label. A potent one, but a label. Through this phrase listeners are encouraged to uncritically accept the speaker’s assertion about just how society must be overhauled.

This is so unlike justice. Justice is an act of examining a combination of individuals and deeds, then rendering an impartial judgment. Social justice, however fine the sentiment, amounts to a campaign speech.

Why is the Social Justice phrase so powerful?

There is magic in these words. By them you can convince yourself, and perhaps others, that your desires are legitimate, and that society must be bound by them. But the old political rules still apply, for you need a lot of people to all articulate the same thing. In brief, lobbying for change.

You see “social justice” most often out of people and organizations paid for social advocacy. From Wikipedia:

In the current global grassroots movements for social justice, the emphasis has been on the breaking of barriers for social mobility, the creation of safety nets and economic justice.[8]

That, and perhaps the smell of fresh government subsidies, are what brings the Center for Economic and Social Justice,[9] CARE,[10], the United Nations,[11] and the San Diego Foundation[12] out to sell us social justice.

How is Social Justice being used right now?

If you say “social justice” often enough, you get people to think you’ve something profound to say. You can shame your opponents as being unjust. And you can deflect criticisms about just how bad your ideas really are. For example:

Social justice is the view that everyone deserves equal rights and opportunities —this includes the right to good health. Yet today, there are inequities in health that are avoidable, unnecessary and unjust. These inequities are the result of policies and practices that create an unequal distribution of money, power and resources among communities based on race, class, gender, place and other factors. To assure that everyone has the opportunity to attain their highest level of health, we must address the social determinants of health AND equity.[13]

Yet we know, time and again, that getting the government involved only makes things worse in every way.[14] But non-government solutions get shouted down because they don’t conform with an overall goal of transforming society.

Social justice isn’t a virtue at all. It is merely a phrase meant to self-justify a social proposal. In fact, you must look even harder at the proposal attached to the phrase. The words “social justice” are meant to numb your sensibilities.

Getting a just society is entirely another matter. Start with learning what justice truly is. The Bible is a good start. Everyone has a role in preserving a just society, and everyone can convince his or her neighbor, a business, a leader, and a judge, to do their own parts.

This article was originally published at FixThisCulture.com.