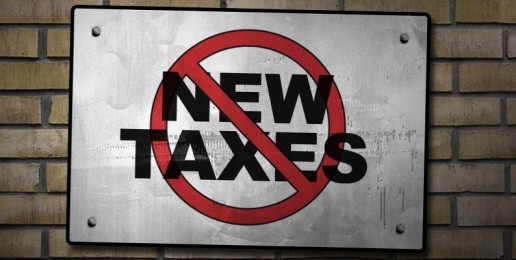 We’re all familiar with the old adage that the only two things certain in life are death and taxes. Yet, one major difference between the two is that for death, there are never any increases per capita and everyone has a flat rate. That certainly can’t be said for the taxes, particularly in Illinois.

According to recent statistics, Illinois ranks lower among all states in nearly every economic category than five years ago, including a bleak 49th in the nation in job growth.

It seems everywhere you turn, there are new taxes and/or additional taxes being proposed. Here are a few examples:

Earlier this year, retiring State Representative Naomi Jakobsson (D-Champaign) introduced legislation for a graduated income tax to replace the flat income tax in Illinois.  The bill is currently tabled for the session. Nevertheless, support among Democrats is rising; this legislative proposal had collected 38 co-sponsors.

A group called the Transportation for Illinois Coalition is calling for a .04 per gallon increased tax hike on gasoline.

Chicago Alderman Bob Fioretti (D-2nd Ward) is calling for a new commuter tax for those suburban residents who work in the City.

Chicago Mayor Rahm Emanuel recently withdrew his proposal to raise the property taxes in the City.

And when Governor Pat Quinn gave his annual budget address to the General Assembly in March, he didn’t mince words about making permanent the “temporary” income tax increase they had burdened Illinois’ families and businesses with three years ago.

To justify the continuation, Gov. Quinn proposed a $200 million increase in funding for education, all part of his plan for a $6 billion increase in education funding over the next 6 years. Few can criticize spending money on children, but are they really the beneficiaries?

According to the Illinois Policy Institute, 70 percent of new education spending has been spent on teacher pensions. And even if all the money was spent directly on the classroom those positive impacts may be countered by harm caused by continuous taxation. Consider that one of the most vital factors in a child’s environment is the stability of a family. Study after study tells us that a family environment that is financially stable and has parents actively involved in a child’s life is critical to a child’s success in school, even more important than the total amount of time in the classroom.

Yet increasing taxes only add to the financial burdens of parents and families.  Taking a greater percentage of income from working families often require parents to work longer hours and results in greater financial stress, lower disposable incomes and ultimately less time for parents to spend with their children. We are taking needed revenue away from a child’s primary care givers and giving it to a much less effective secondary source. The guise that “It’s for the children” is a suspicious justification for increasing tax burdens.

Illinois is expected to generate $36.66 billion in revenues for the 2014 fiscal year, $588 million more than previously expected. These are record setting amounts, yet the current financial crisis is not expected to improve. According to the Illinois Policy Institute, since the tax increases there has been $18 billion in new state revenue, yet state pension debt has increased by $17 billion, along with increases in the aggregate amount of unpaid bills and the interest the state must pay on those overdue bills. Furthermore, the state’s bond rating has been downgraded five times. And yet there is no sign from Springfield that there is any change of course in the future.

It seems that our elected officials have been something less than good stewards with the state’s finances and yet they are again asking for more. Is there any reason to believe that there will be different results? Until proven otherwise, it is time for the citizens of Illinois to say enough to the government bloat, waste, and incompetence. To our elected officials, read our lips and count our votes: no new taxes.

TAKE ACTION: Click HERE to send an email or a fax to your state representative and state senator to let them know what you think of the effort to make the “temporary” income tax hike permanent.  The voters of Illinois expect their elected officials to keep their promises. Let them know that you oppose any new tax increases when they refuse to cut government waste and bloat.

Andrew Willis
Andrew is a Chicago-based attorney, working in corporate and wealth-planning matters. He graduated with honors from the Chicago-Kent College of Law where he was here he served as an Executive...
Full bio and more from Andrew Willis
Related Articles